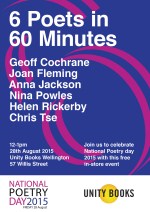 Poetry is alive and well in 2015. Don’t listen to any naysayers who say the writing’s on the wall for the old-school written word – at Unity Books Wellington, on National Poetry Day (celebrated on August 28th this year) the writing was, in fact, all over the windows.

The six poems chosen for display came from the six poets reading at our ‘6 Poets in 60 Minutes’ event – Geoff Cochrane, Joan Fleming, Anna Jackson, Nina Powles, Helen Rickerby and Chris Tse. We were delighted to have such a range of writers in attendance – from the established to the newly minted as officially ‘published’.

By the time midday rolled around (heralding the start of our event), the shop was crammed with over a hundred people. Some had popped out of work on lunch breaks, other people were pilgrims through the various Poetry Day events across the city – but all were eager to hear the words on offer.

In the interest of fairness, we went for an alphabetical ordering, with Geoff (most recent collection: Wonky Optics) speaking first, reading an assortment of new poems (a ‘round up of the joys of ageing’). His final piece, ‘it’s five short songs, I suppose’, was a wonderful selection of moments and observations, with such lines as ‘lob me spent and sexless at Australia’ and ‘tell the angels I did all right’.

Joan was next on the mic, and was ‘thrilled to be here celebrating the new book’, with her latest collection, Failed Love Poems, having just hit shelves in the days leading up National Poetry Day. She read three poems, including ‘The brief life of the love poem’ and ‘Shouldn’t’ from her new collection.

Anna was the third poet at the mic, reading ‘three from I, Clodia, and one from a scrap of paper.’ After reading ‘Afraid of Fools’, ‘Cambio’s Wife’ and ‘Emily, too early’ from her 2014 collection, she then followed up with her delightful tribute to Shelley’s ‘To a Skylark’ – instead an ode to Anna’s own flock of hens.

Nina’s first collection Girls of the Drift was recently released and, like Anna, she mixed up the published readings with more recent writings. The two from her collection were ‘both Katherine Mansfield-y poems’ and her papery poems form part of a manuscript in progress, containing biographies of ‘all sorts of things’.

Helen read from Cinema, released last year, before reading a piece entitled ‘Thoughts while waiting next to the Katherine Mansfield statue in Midland Park, Wellington’ – making for our second Mansfield references of the session. She wondered if anyone else thought that the statue in question looked as though it were about to move.

The final poet of our fine fettle six was Chris, who commented that ‘I kind of want that statue to move’. After readings from his collection How to Be Dead in a Year of Snakes, he wrapped things up with a new poem, ‘Chris Tse and his imaginary band’, which drove everyone to appreciative giggles.

Tick it off as another successful year in kiwi poetry – and a successful day celebrating it.

To boost your local poetry consumption, check out our NZ Poetry catalogue here. 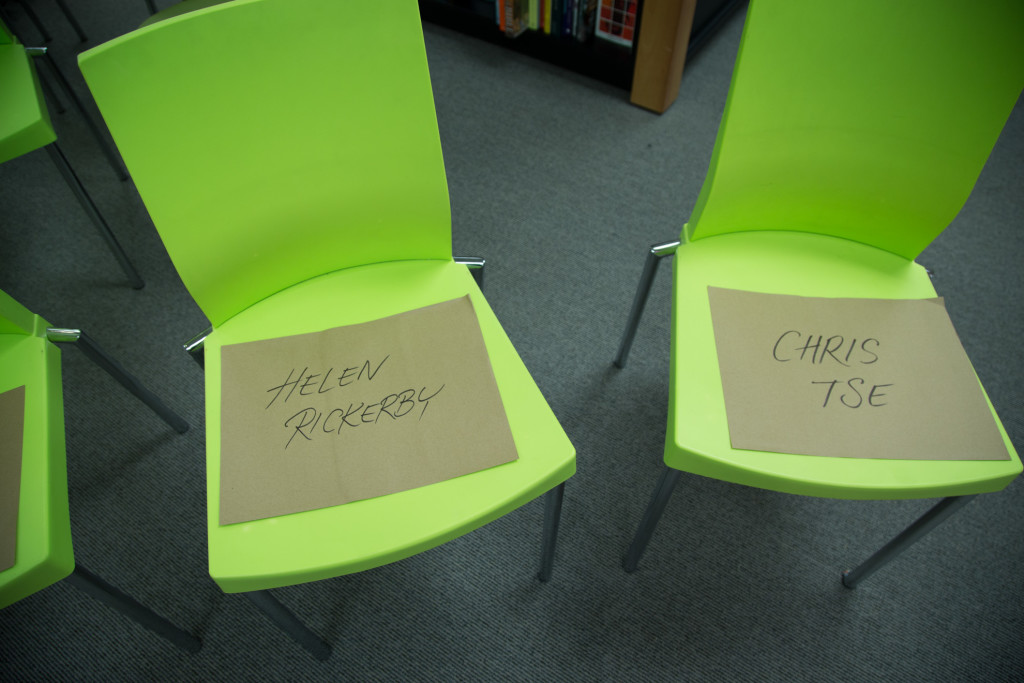 The front row was set aside for the poets.

We laid out a blushing spread of the latest collections from all of the speaking poets. 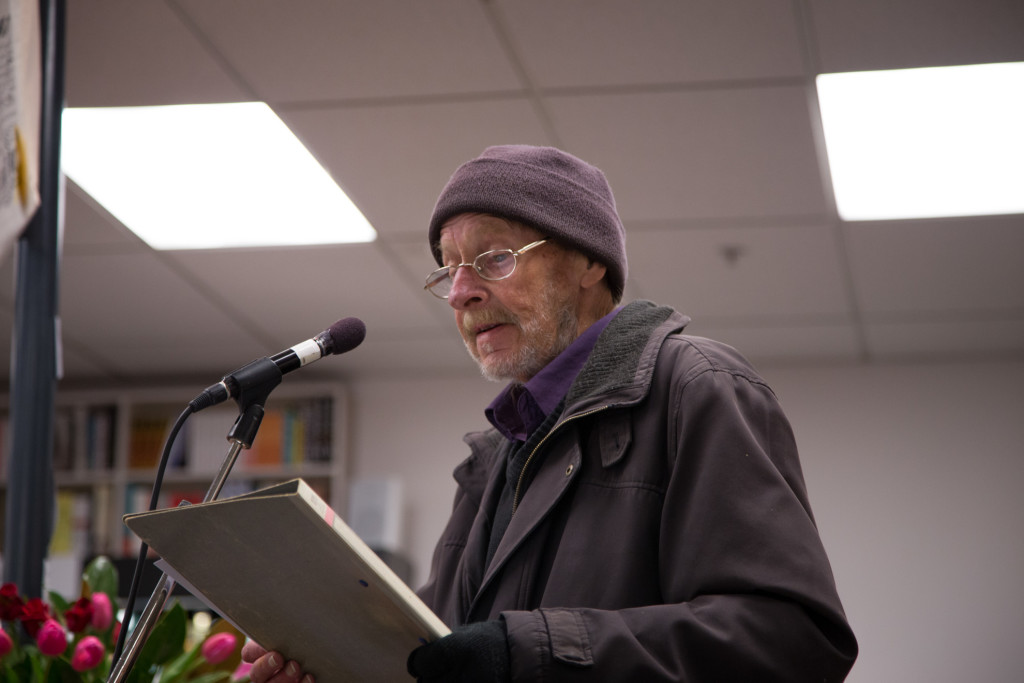 Geoff Cochrane was the first poet at the mic. 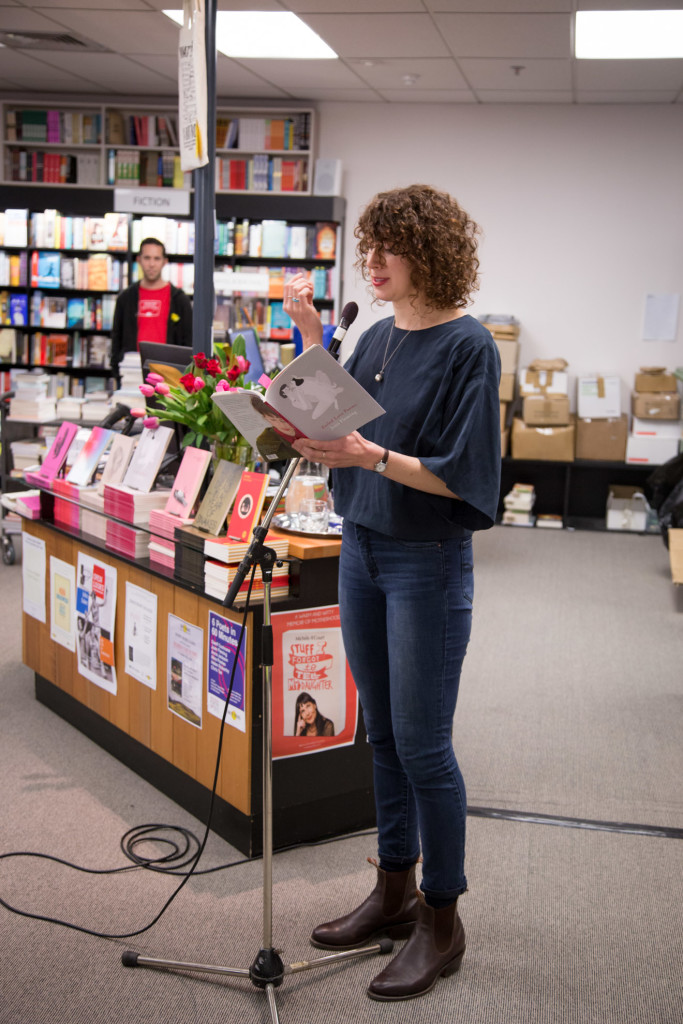 Anna Jackson read from I Clodia & Other Portraits (AUP) as well as a specially concocted poem for the occasion. 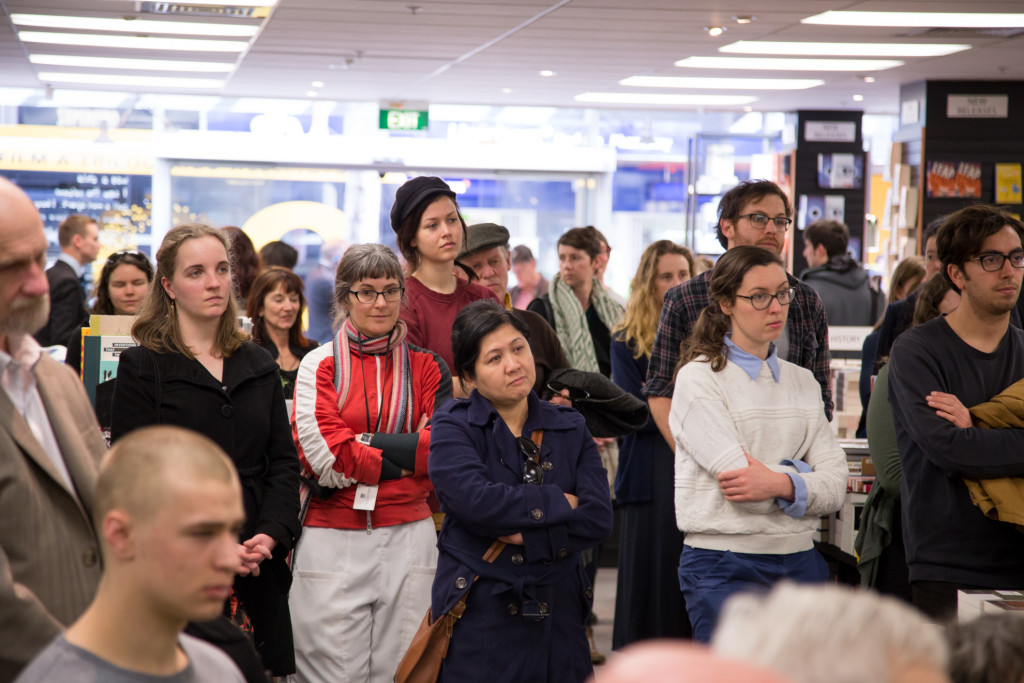 The Poetry Day audience was a varied collection of faces familiar and new. 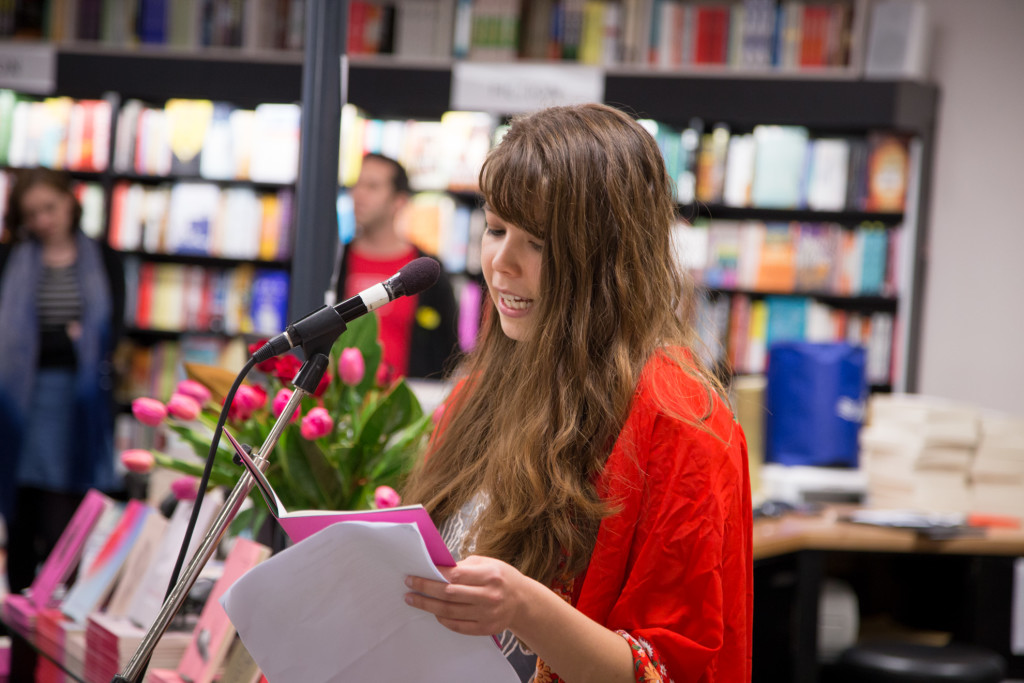 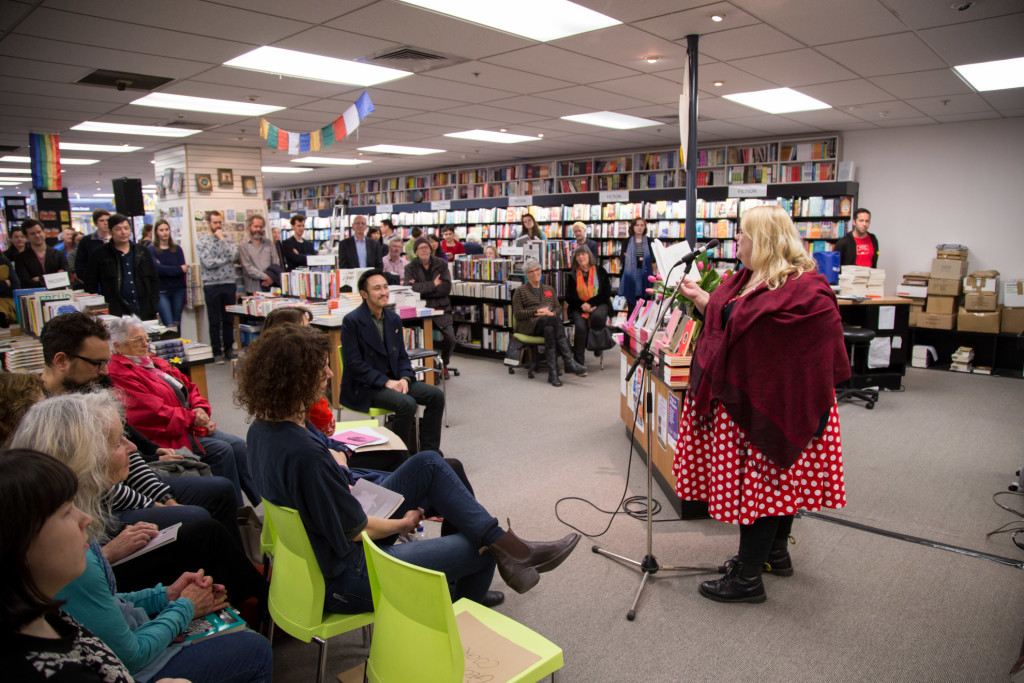 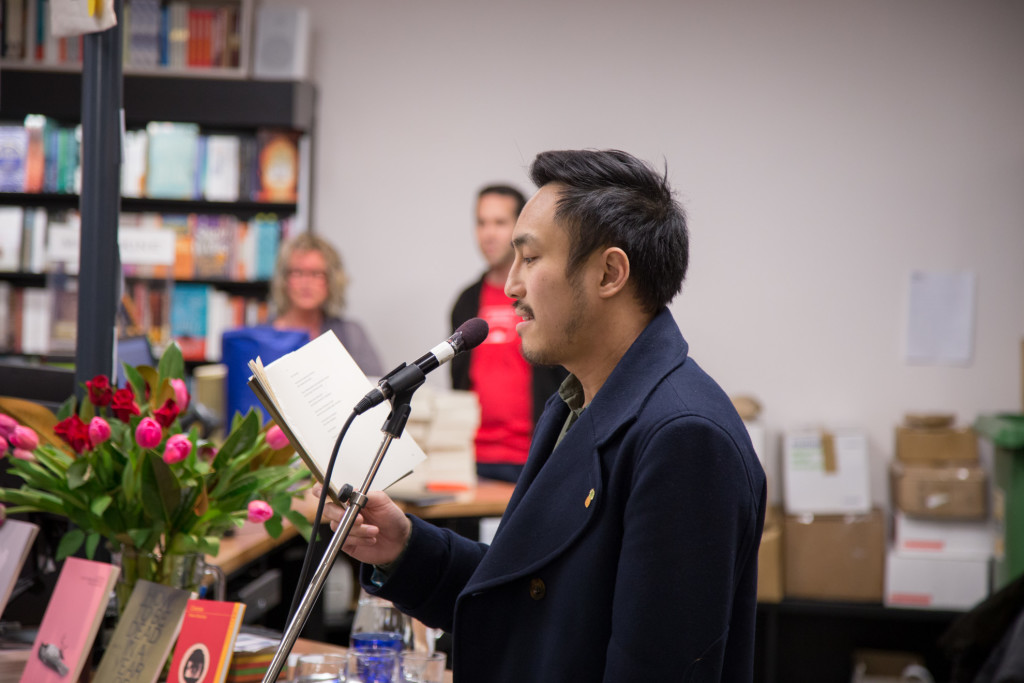 Chris Tse read pieces from How To Be Dead In A Year Of Snakes, as well as a couple of yet-to-be-published tidbits.