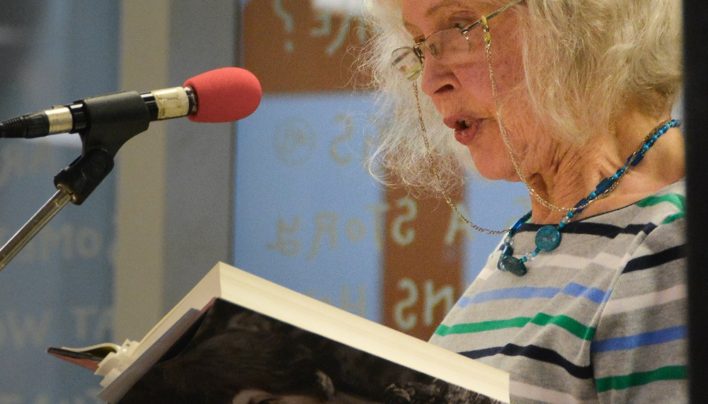 Our 2019 events season started with style as we launched Fleur Adcock’s Collected Poems on Wednesday 13th February. Wellington literary lovers (alongside four generations of Adcocks) gathered in-store to hear the poetry doyenne read from her extenisve body of work. After a swift introduction from Unity staffer Cassie Richards, Bill Manhire, a Wellington and Unity staple, officially launched the book. Manhire read an excerpt from inside the dust jacket of his mid-60s edition of The Eye of the Hurricane (one of the first poetry books he ever bought at the tender age of 17 for a whopping 12 shillings and sixpence!) which describes Fleur’s poetry as “…splendidly lyrical. She chisels an essentially romantic temperament to austerely classical proportions. There is a scrupulous honesty of observation, a beauty of phrasing, and a psychological intensity about these poems that sets one fairly shivering with admiration.” Fleur Adcock Collected Poems, handsomely produced by Victoria University Press and chock full at 540 pages, continues to carry on that exquisite beauty and does indeed leave one “fairly shivering”.

Fleur treated family, literarians, and Unity staff to a few readings; including Lotus Land, the very last poem in Collected Poems, which features a chance encounter with James McNeish at Unity Books’ NZ Non-Fiction table. After the speeches, alongside family catch-ups, Fleur kindly signed copies of her book for friends and fans alike. 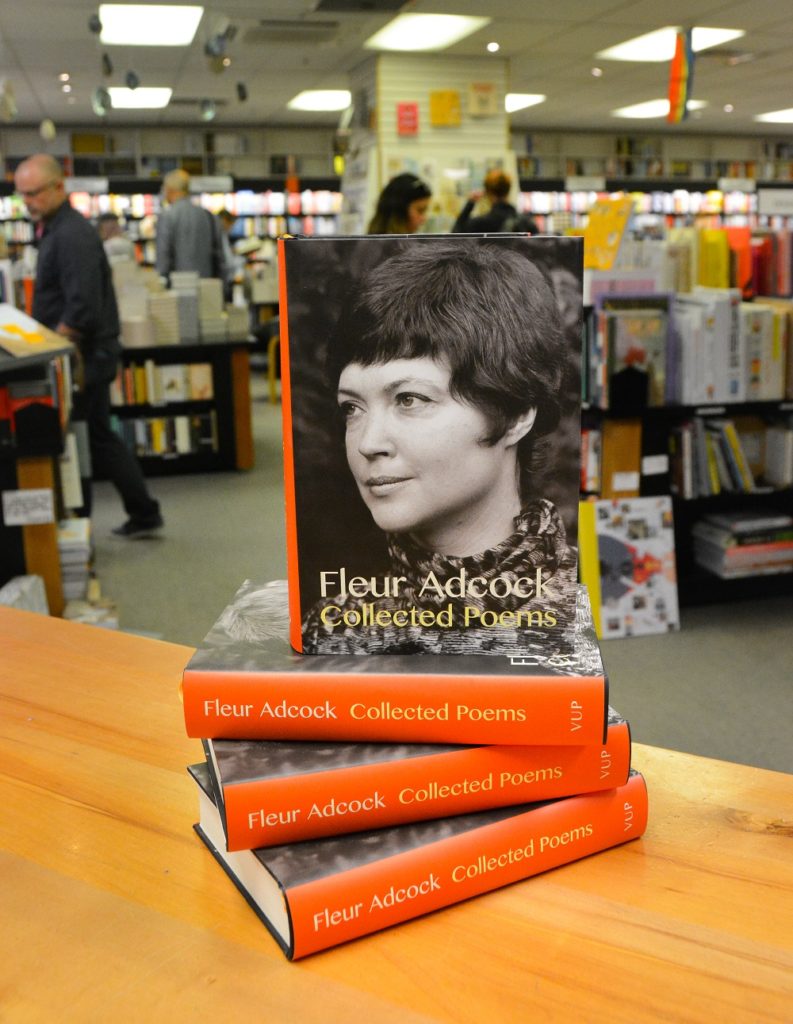 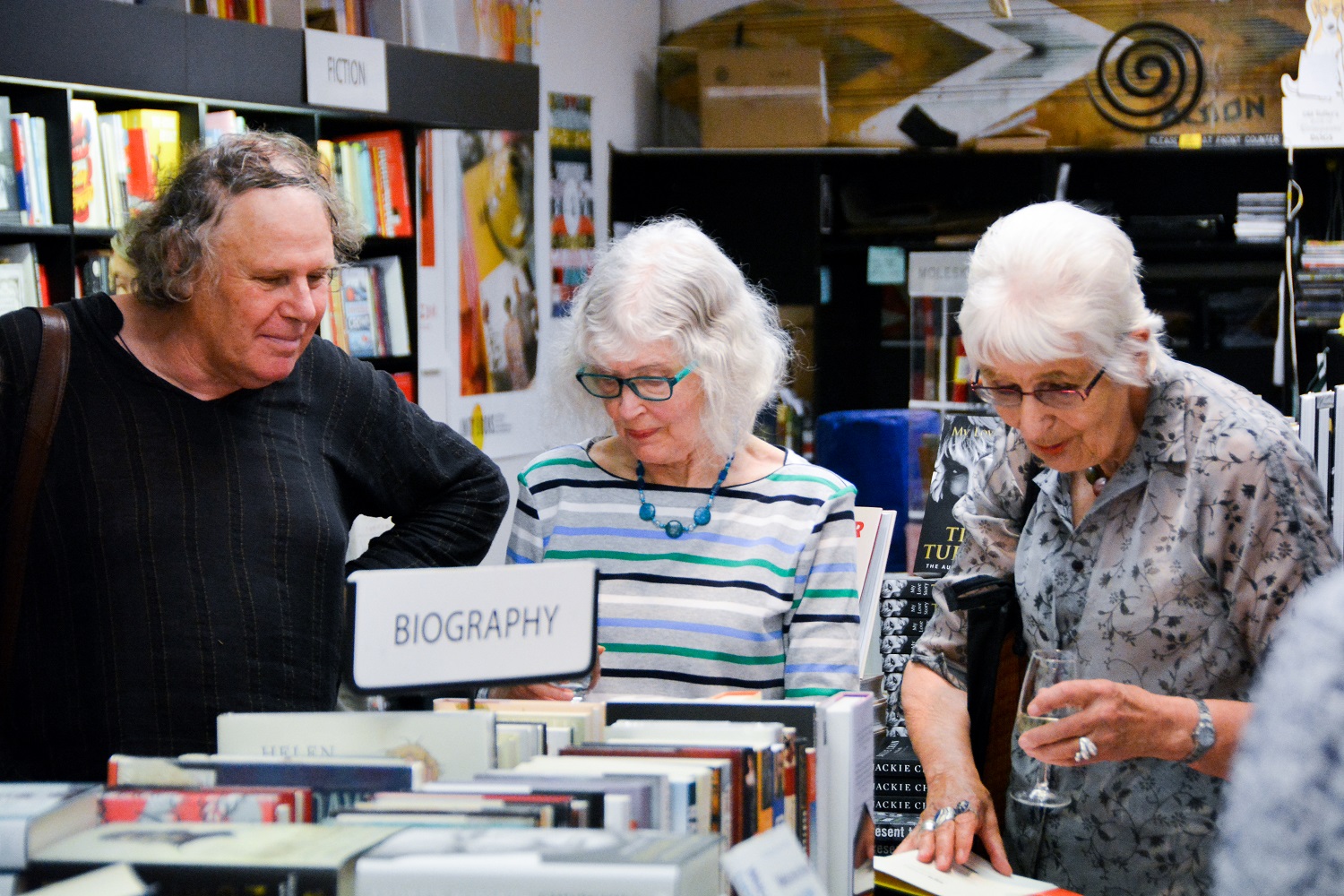 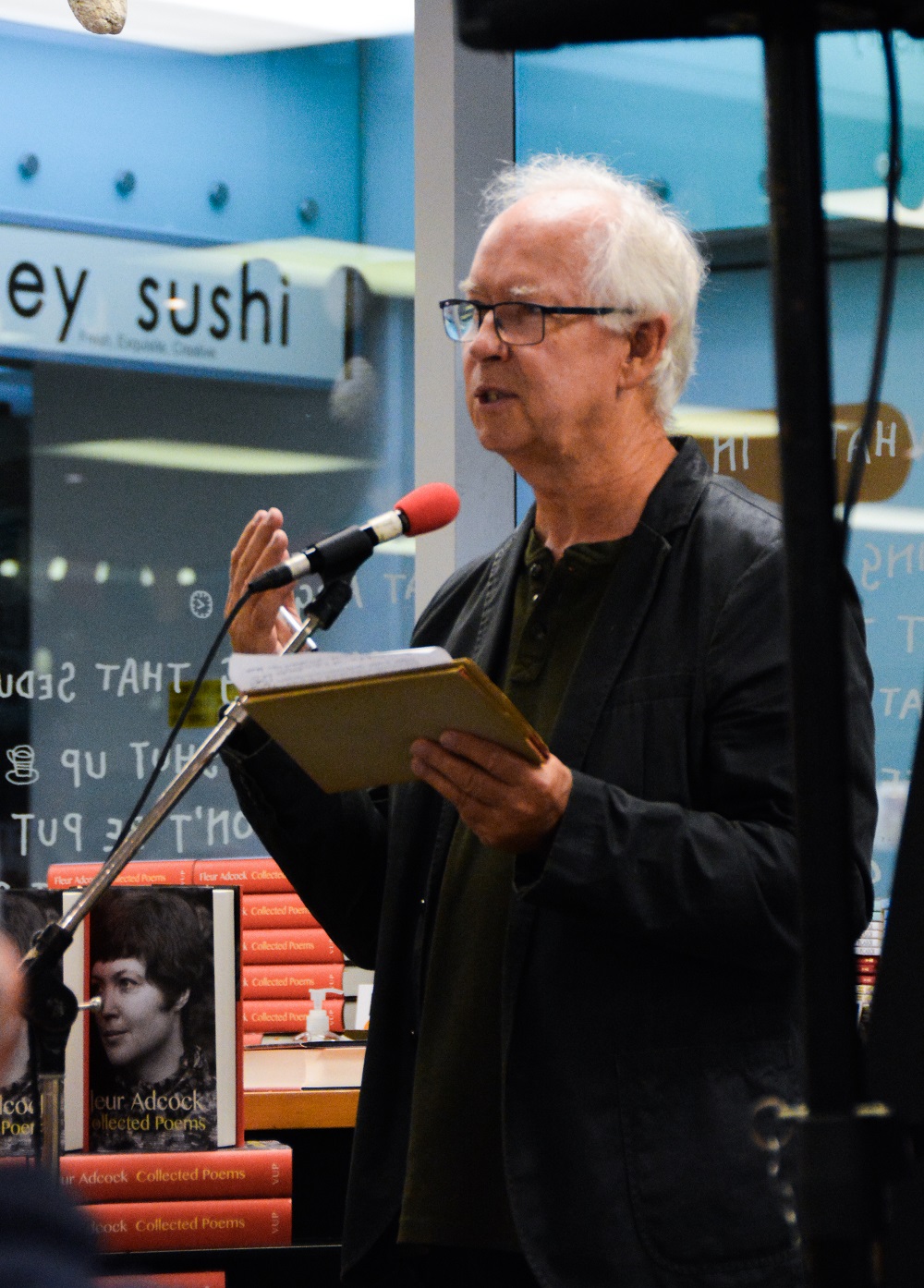 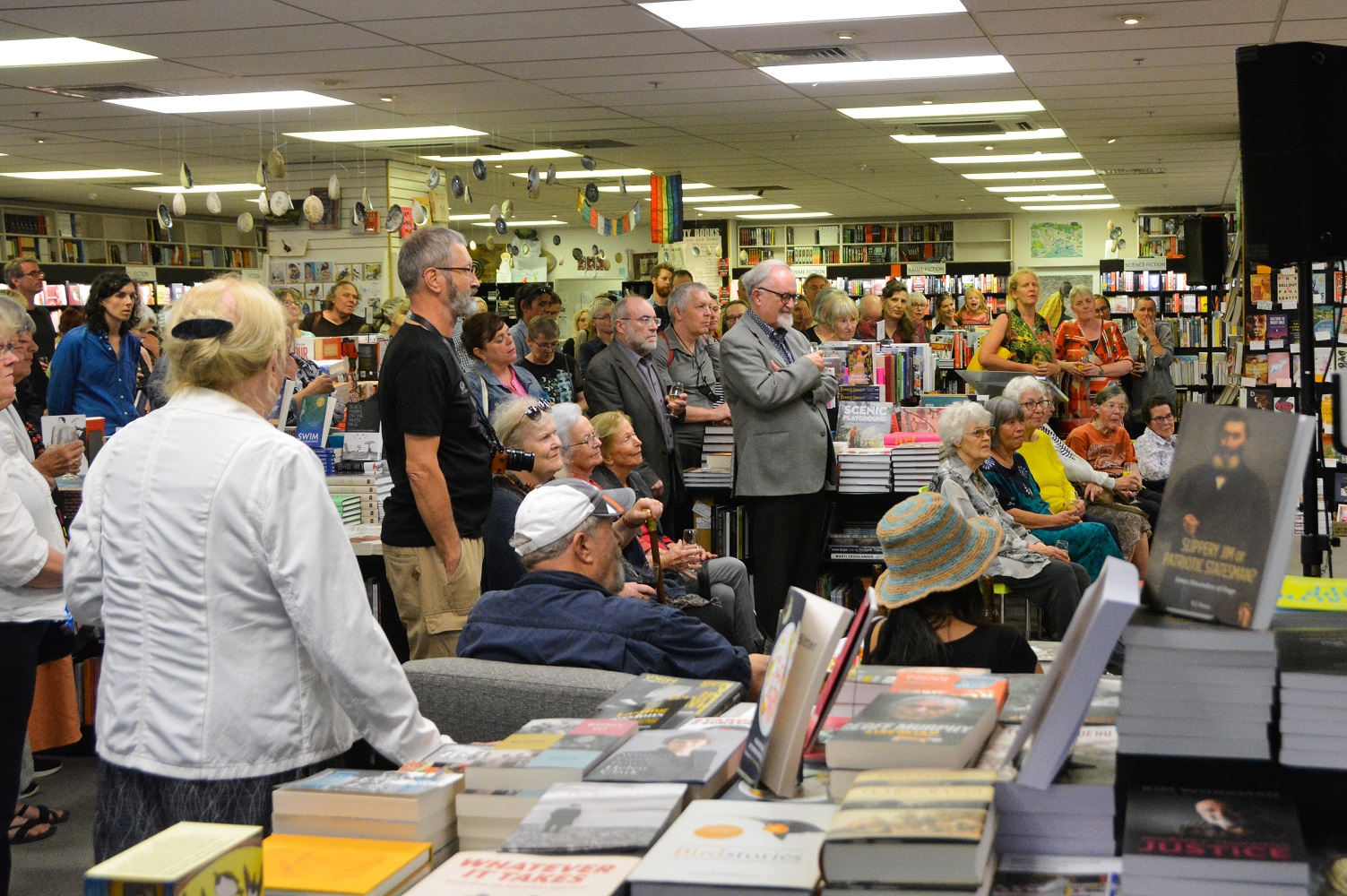 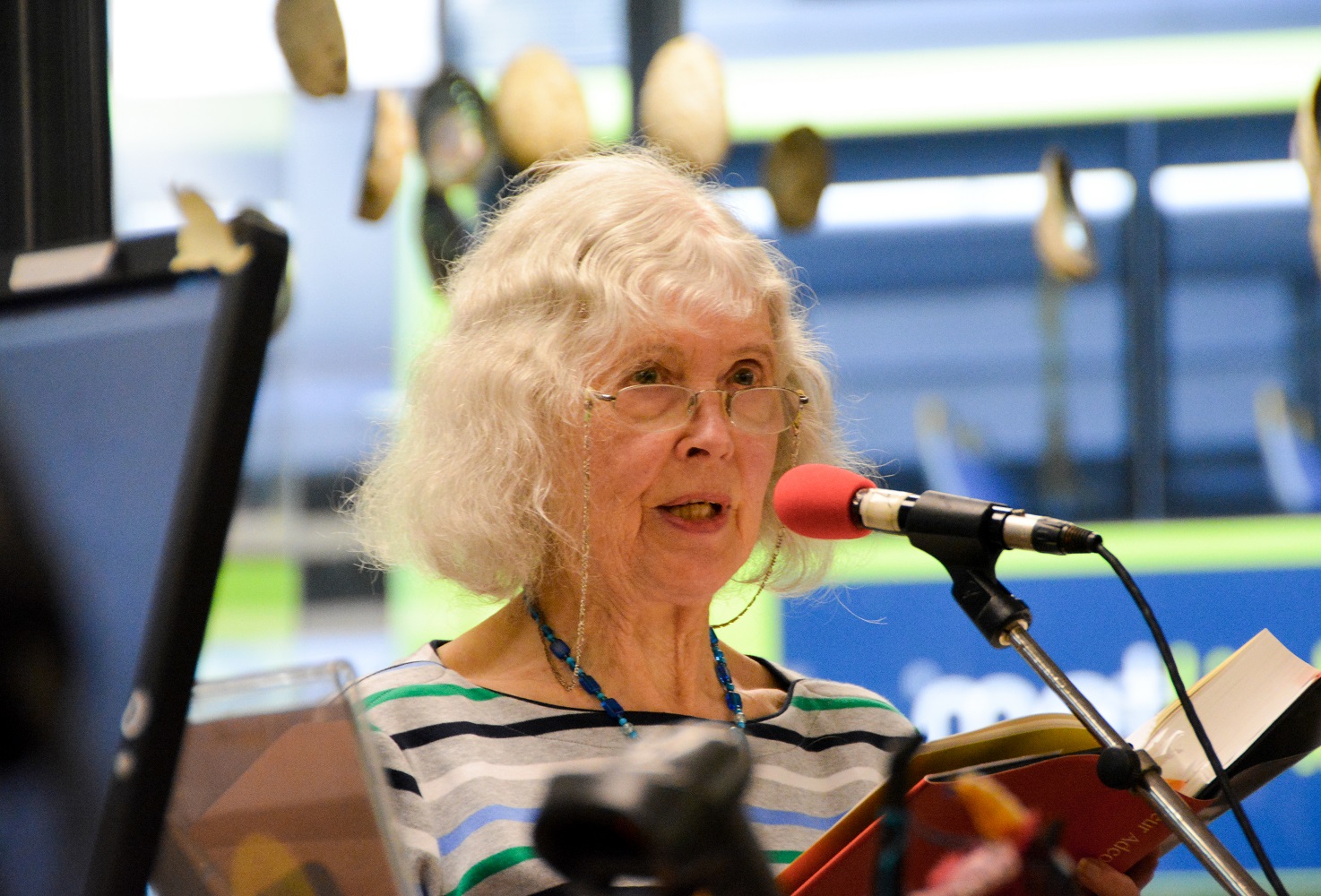 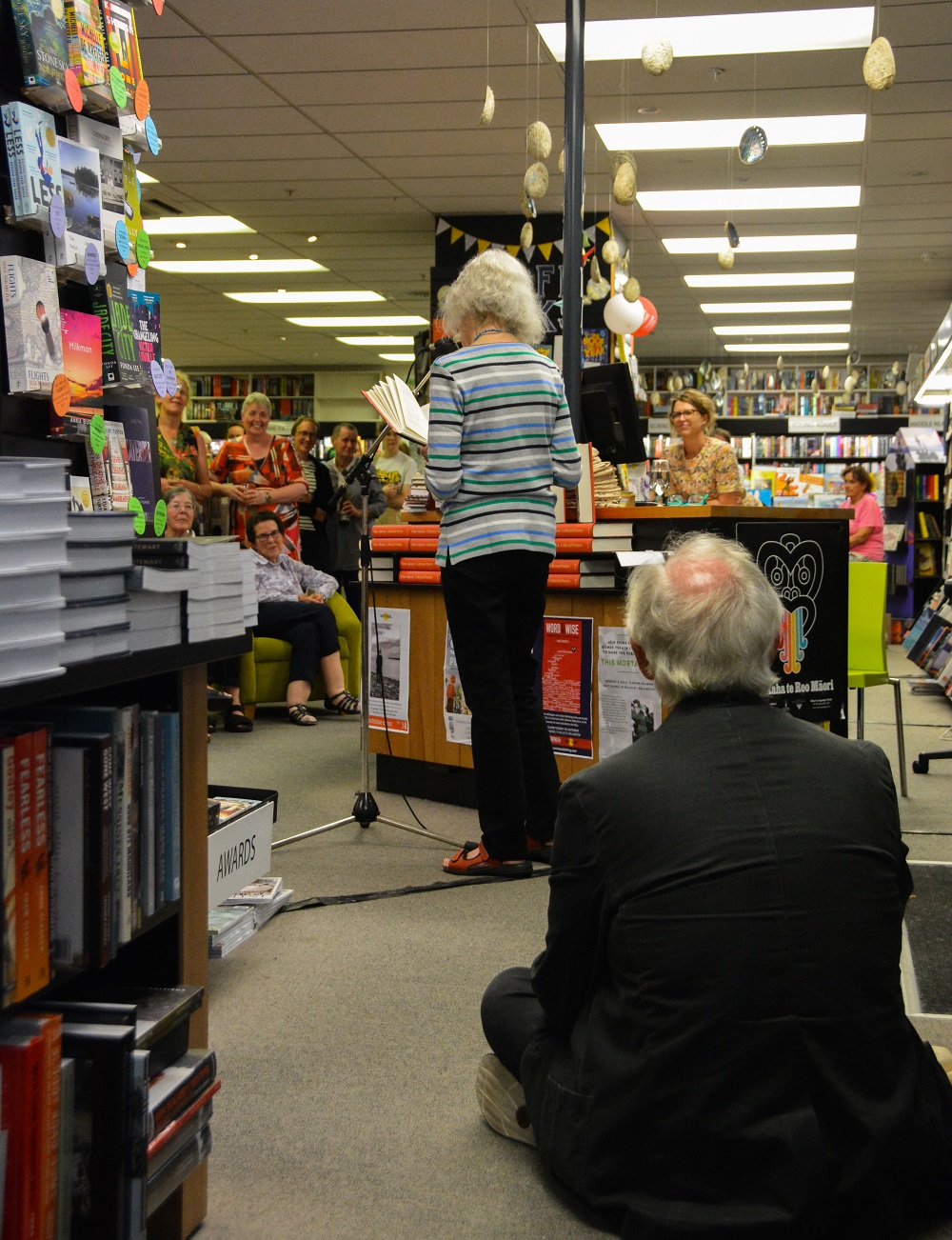 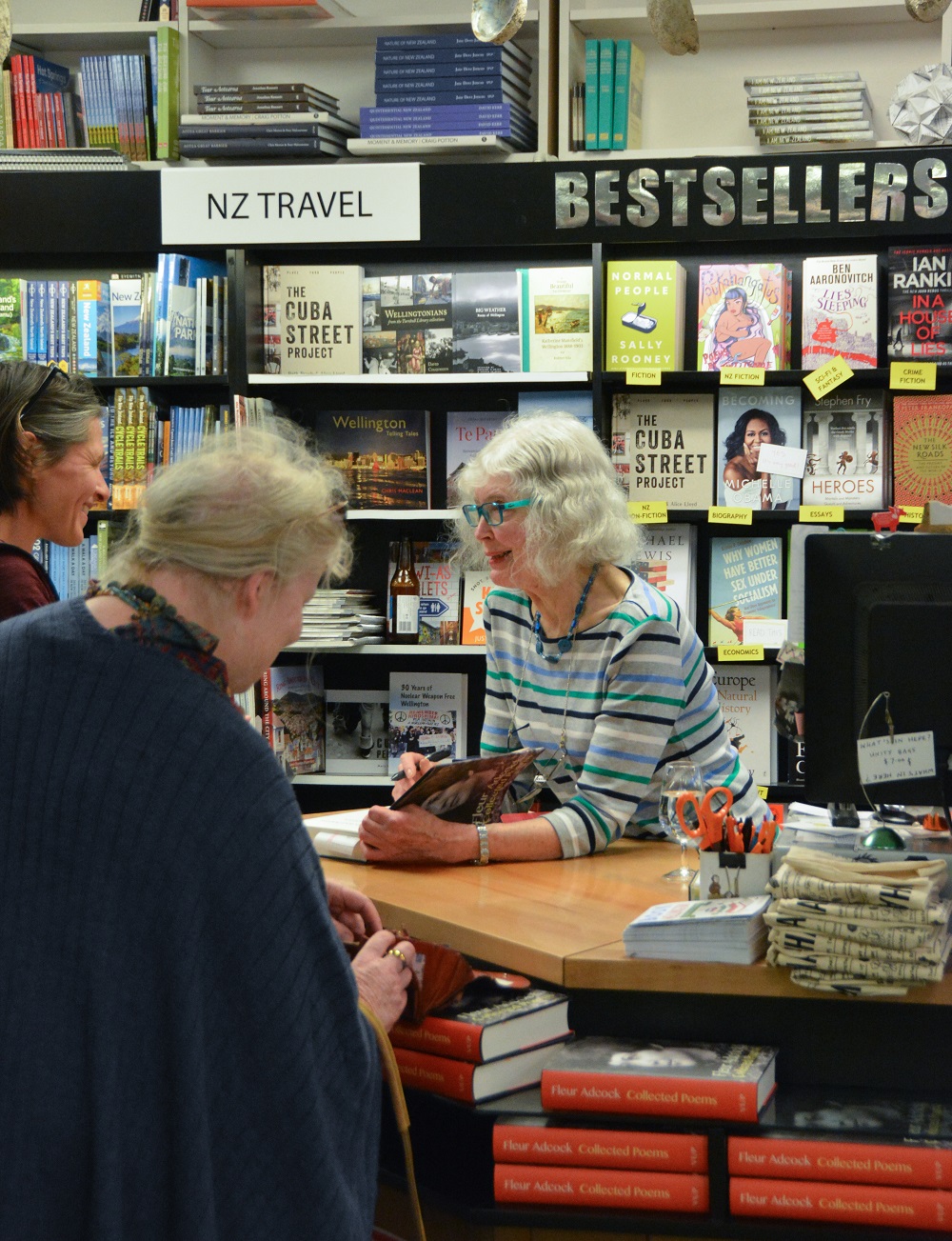 At the signing table

Words and pictures by Becky Popham