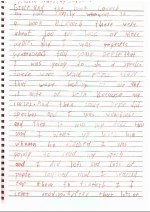 On the first of October, we launched Geoff Murphy’s memoir Geoff Murphy: A Life on Film, published by HarperCollins New Zealand. We heard from a variety of speakers, representing publishers, the film industry, and family. Finlay Macdonald (publisher at HarperCollins) spoke first, followed by Bill Sheat (founder of the New Zealand Film Commission). Geoff’s stepson Paul Kearns came to the mic next, with his son Toby at his side. After a small speech of his own, Paul told us about a story that Toby had written for school – and then Toby himself read it out for us. Finally, Geoff had a speech of his own – which, in true Geoff Murphy style, eschewed the book (‘the book’s published, it’s out there, what’s to say about it?’) and instead spoke predominantly about the flag debate.

Since Toby proved himself to be quite the raconteur, we thought we’d let him share his version of the night’s events.

Geoff and the Book Launch

My whole family went to a book launch there were about 100 or less or more people. And I was Geoff’s grandson. I told some people that I was going to do a speech. there were some people there that were looking at me and it might have been because my curls. And then some people did speeches and I was watching, and then it was my dads turn a went up with him when he finished I was going to read my speech and I did lots and lots of people laughed and I waited for them to finish, I kept reading. After that lots of people were saying good work, well, lots. And at that point I was nervous at the start. My dad Paul was more nervous than me. And then other people spoke. And then feedback on the speeches and then the speech was over.

Lots of people had cameras and were taking photos – I was nervous. Back to story. After that me and Matt were talking about stories and he even suggested that I could write kids books!!! We were talking about Paddington for a bit. Some people even wanted me to sign Geoff’s book too!!! Then I didn’t want to so I went to look at some books. Then I went to my Mum and cuddled her. Then Jo let me have her phone and then Jamie wanted Jo’s phone so I let him and then he let me have his phone. After all that fuss I wanted some books. I got a nonfiction one and a fiction one. I can only remember one and that one was monkey boy it was a chapter one. And that is what I wanted. The nonfiction was really really good I thought it was one of the best. There were lots of animals in fact it has animals in the whole book. Then I was looking at colouring books one of them had the cover of mine but different colours on the front page and different patterns one was a Maori book all I knew was one: the tapa cloth. Then I was waiting around, didn’t know what to do, then some more people were saying good work from the speech. Soon we went home and because of me we all got a trumpet.

– Toby, a little help by family.

I liked all the stuff – I thought every thing was excellent. I loved every one there. I got a surprise when Matt said I could write kids books. If you liked my speech give it a rating:

I did three- one has to be for Matt please. I love monkey boy and Animalium I think you should read Animalium. I was always happy there and everybody smiled that means you– 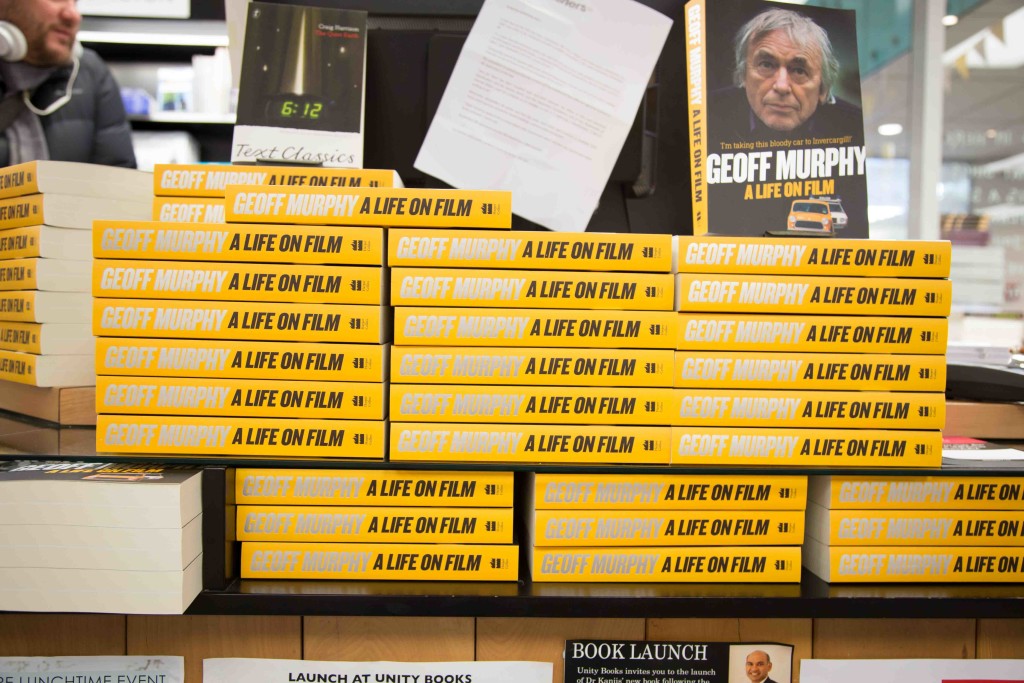 Geoff Murphy: A Life on Film 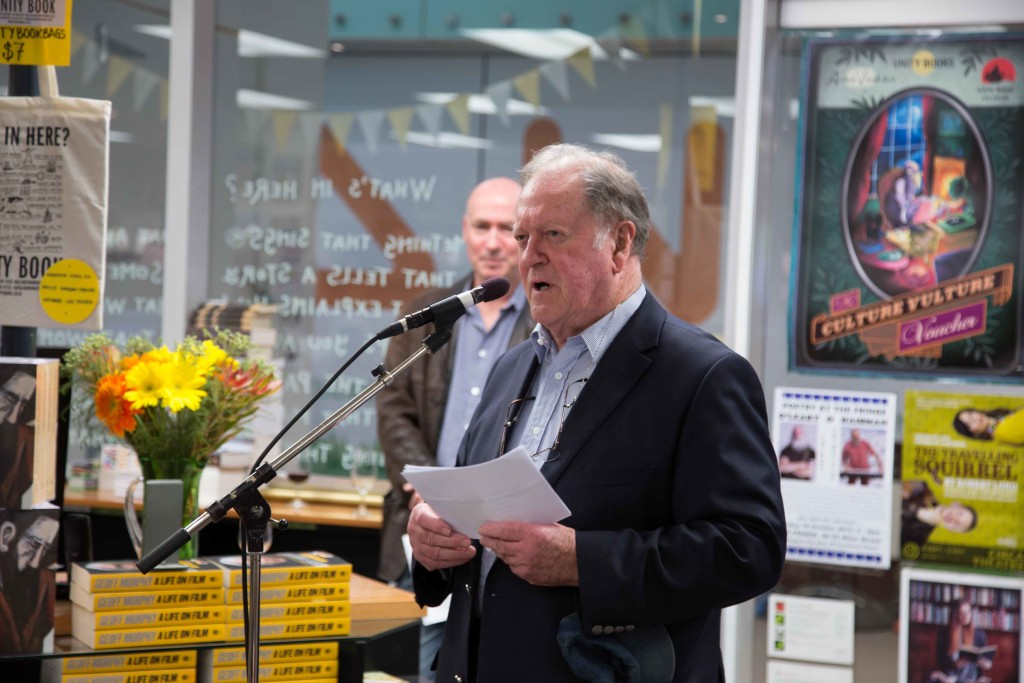 Bill Sheat talks about Geoff’s work and the new book.

Toby reads a speech about his Grandfather, Geoff Murphy.

Geoff Murphy talks about the NZ flag over the release of his new memoir. 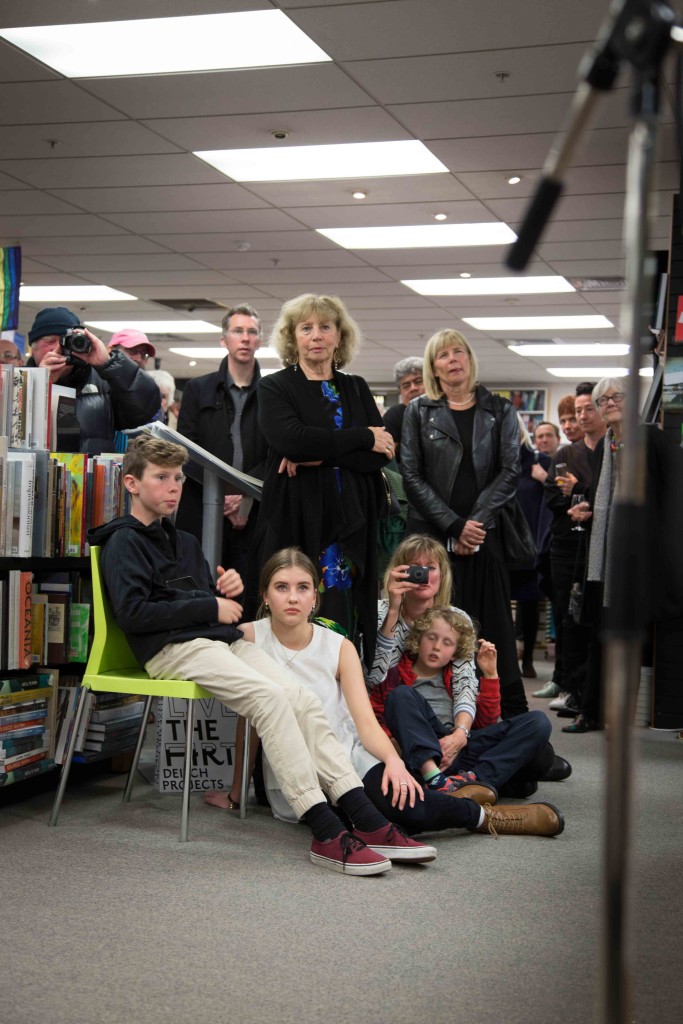 Some of Geoff’s family 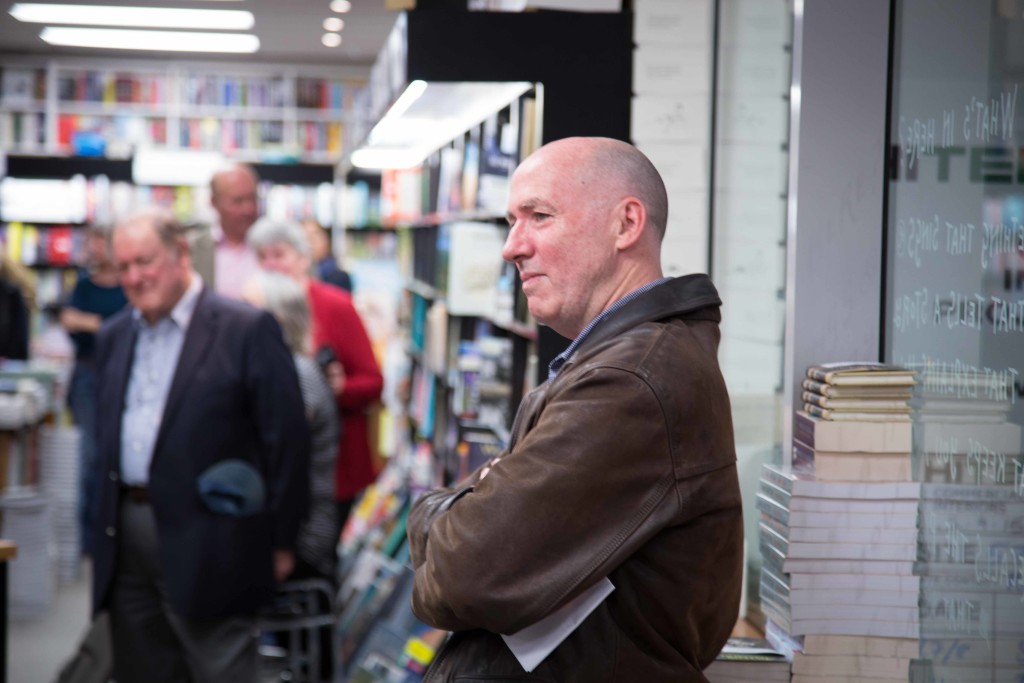 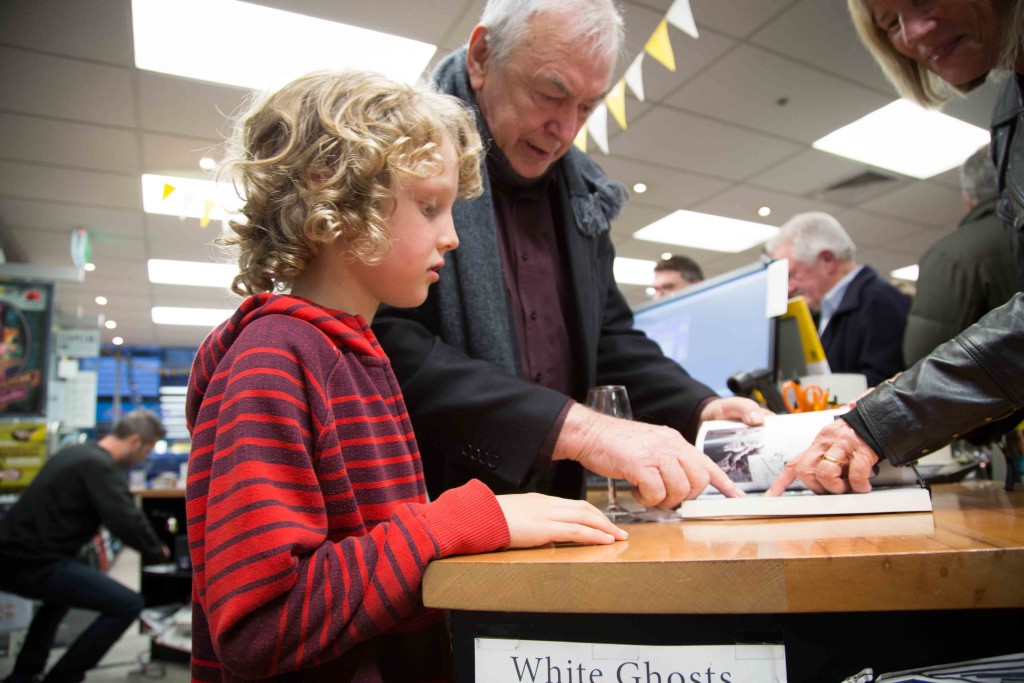 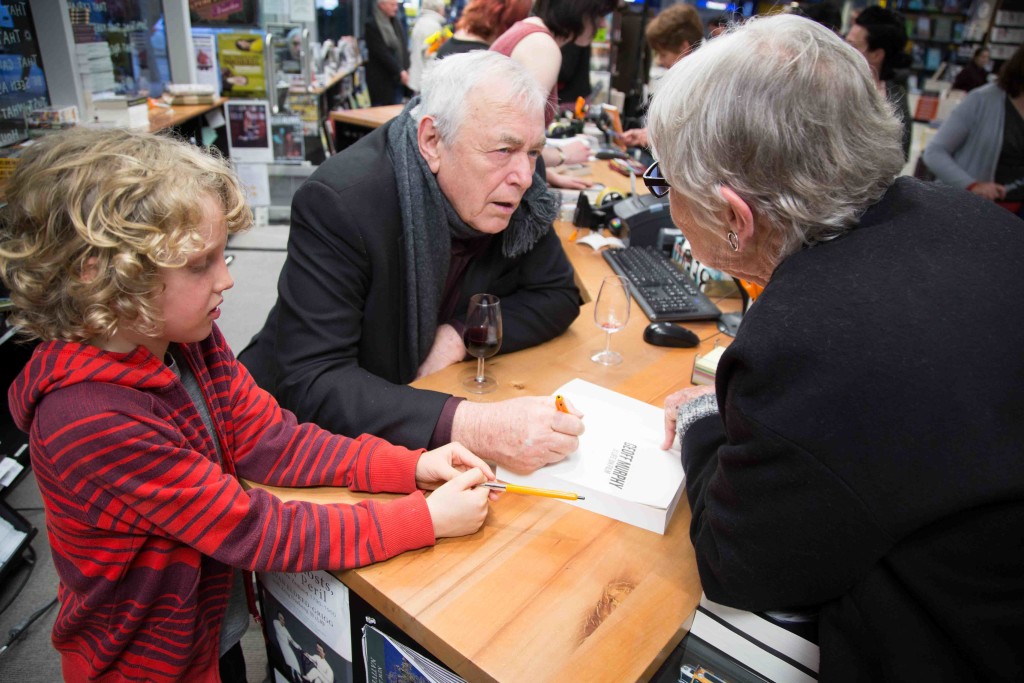 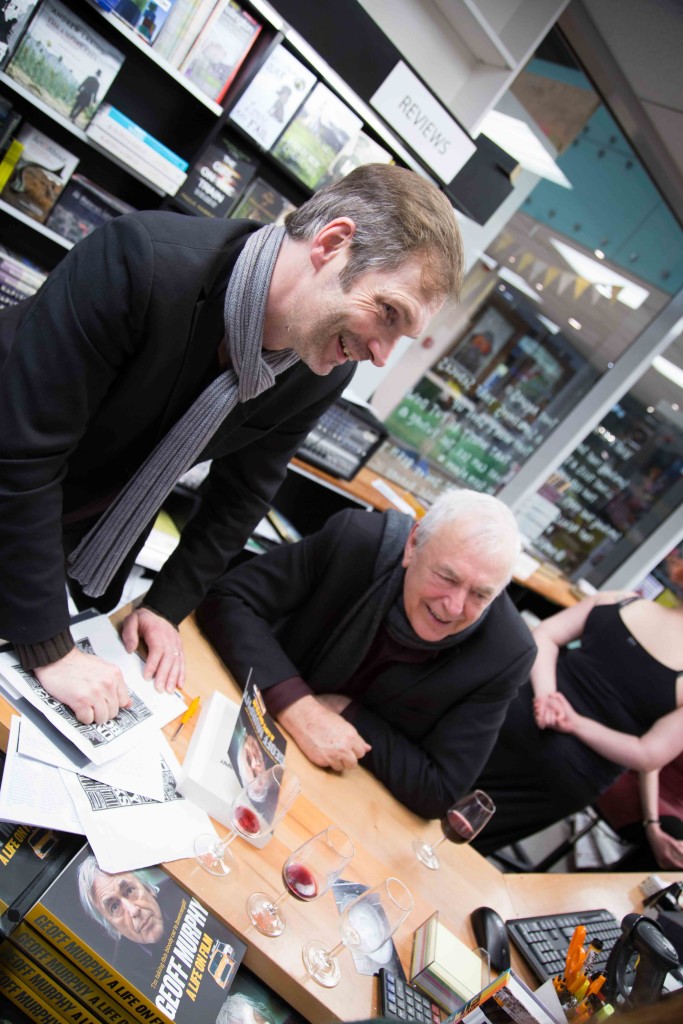 The long signing queue winds down with Andrew from Aro Video. 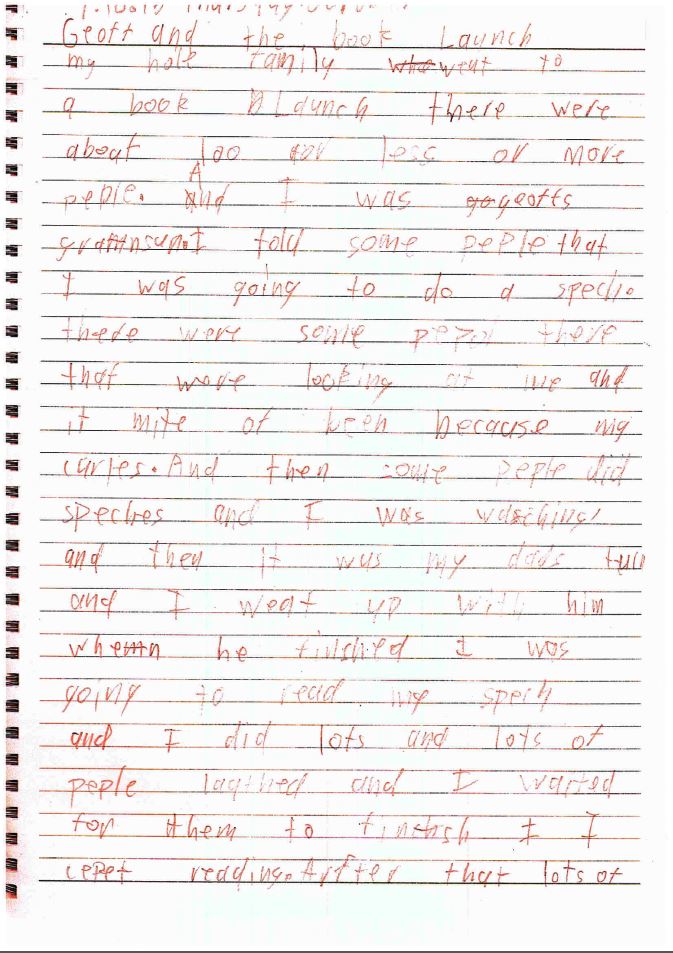 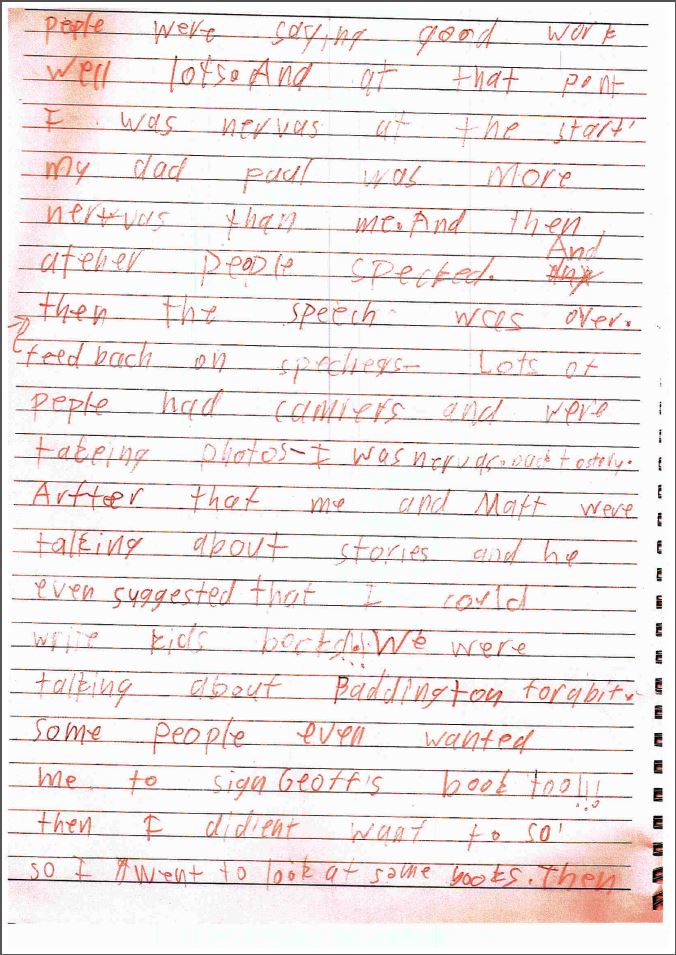 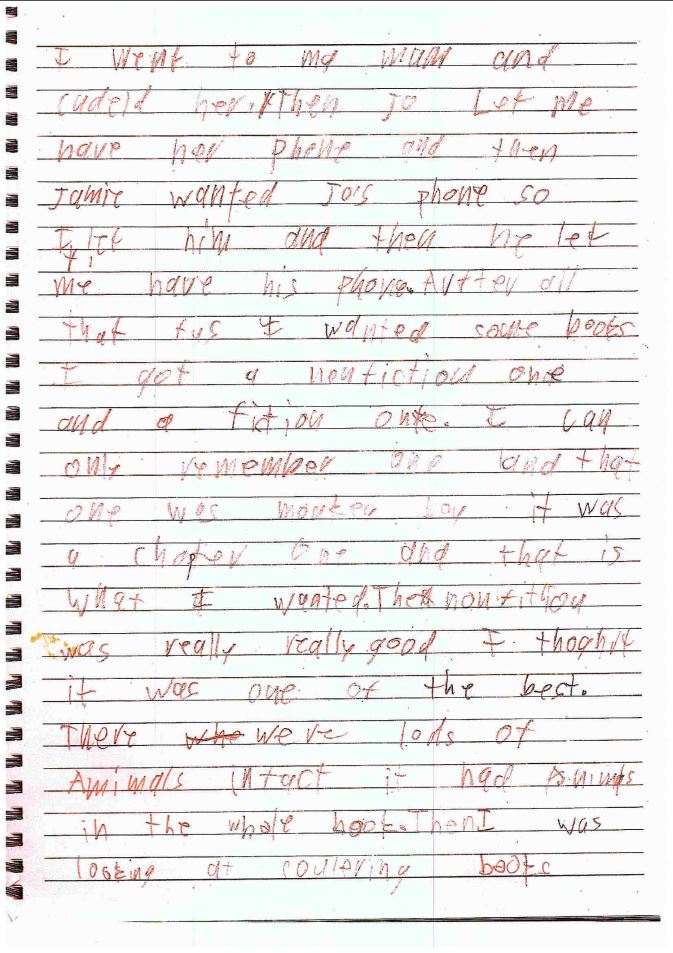 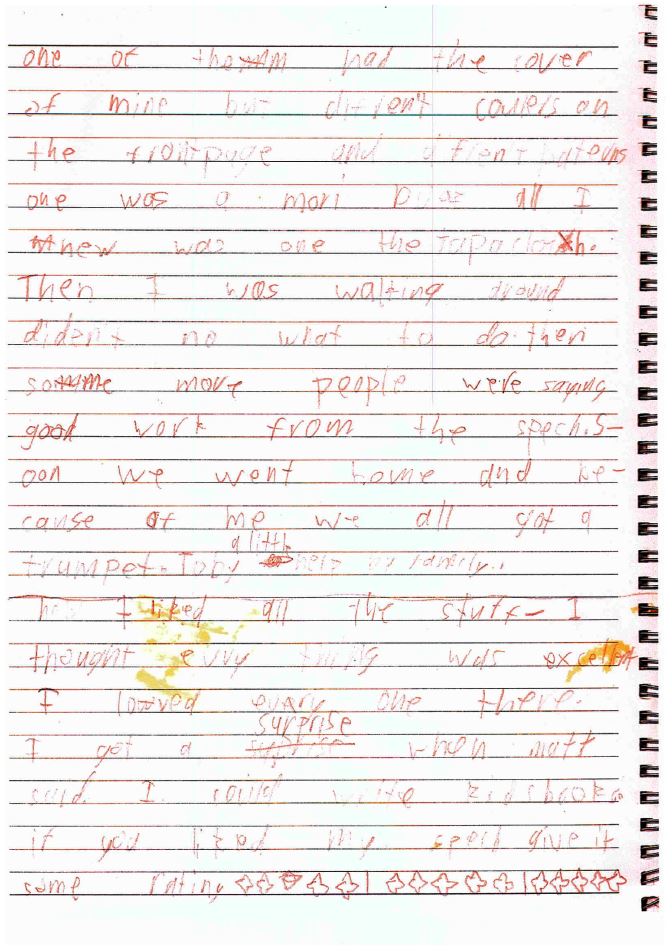 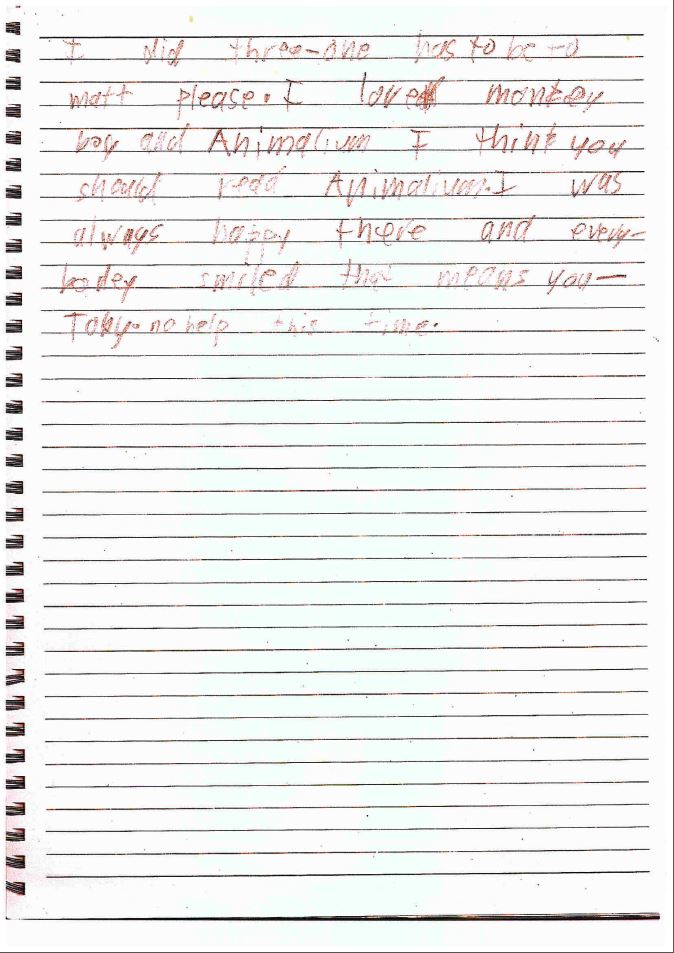 Geoff Murphy: A Life on Film is available in store and from our online shop HERE.