Wednesday 13th March was a hot ticket at Unity Books Wellington as Auckland University Press joined us to launch two of their Poetry highlights of 2019: Gregory Kan’s second book of poems Under Glass and Sugar Magnolia Wilson’s debut collection Because a Woman’s Heart is Like a Needle at the Bottom of the Ocean.

Award winning author Anna Jackson (The Bed-Making Competition) was on hand to introduce both authors and was equally effusive in her appreciation of the work of both poets.

Anna spoke of the ‘inexorable logic’ of Greg’s narrative in describing a ‘not entirely comfortable place’ which the reader can’t be sure is real, and of the sense of possibility loaded in every poem. Greg was eager to give his thanks to everyone involved in bringing his book to print including his editor and all of the team at AUP, before getting ‘nerdy’ on the contrasting verse/prose structure of his book and sharing a reading of a few of his verse pieces.

Anna Jackson was forced to steel herself, coming close to tears as she recalled her reaction to reading Magnolia’s collection. We can assume the feeling is mutual as Anna’s name comes first in the list of acknowledgements contained in the book. Anna and Magnolia joined in celebrating Keely O’Shannessy’s beautiful cover artwork as the mic was passed between authors and Magnolia took her turn to give thanks and share a characterful reading of her freshly printed words.

The evening flowed on with book signing and good yarns for all. 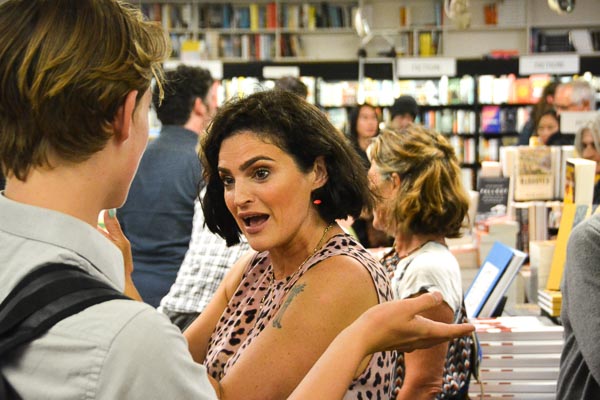 Magnolia Wilson warms up the crowd 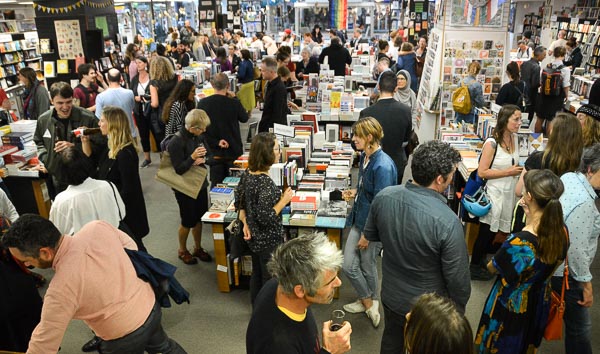 Unity was packed out for a hotly anticipated launch event 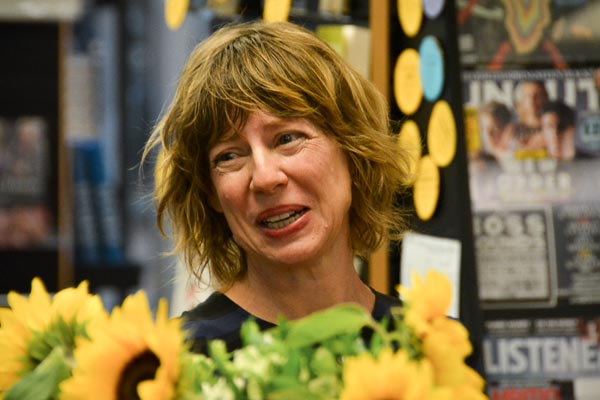 Happy faces on all sides 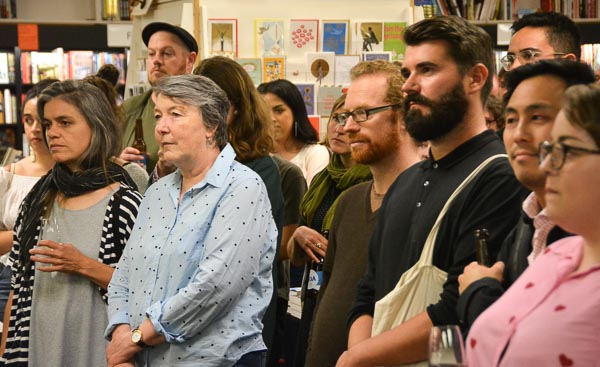 Poet Chris Tse was among the appreciative audience 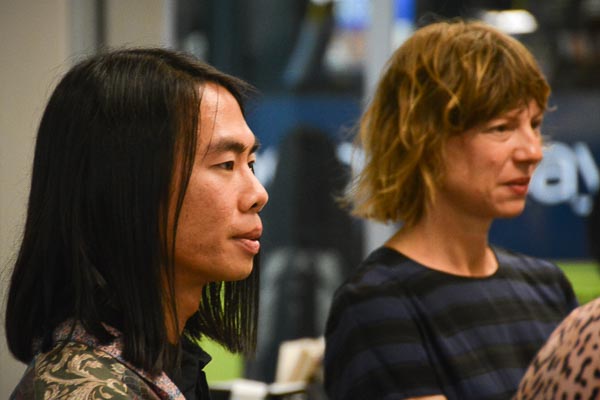 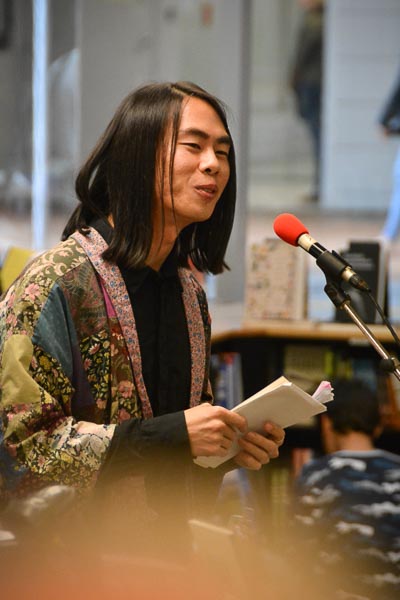 Happy meetings at the signing table Both authors in demand 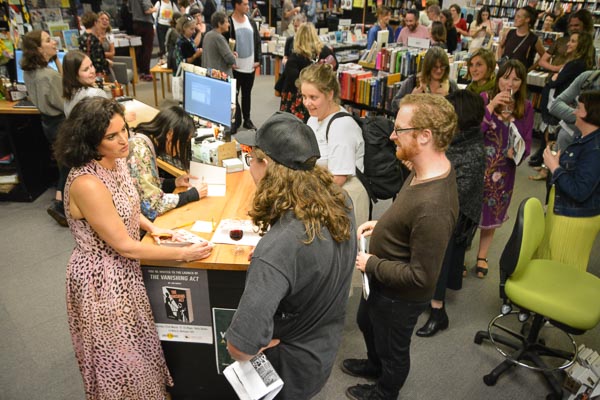 Under Glass and Because a Woman’s Heart is Like a Needle at the Bottom of the Ocean can be purchased in-store and via our online shop.

Words and photos by John Duke