AFTERGLOW: How to Escape from Prison Thursday 27th June was a night to remember in Wellington as Unity Books hosted the launch of Dr Paul Wood’s book How to Escape from Prison: The Remarkable Story of How One Man Defied the Odds.

How to Escape from Prison is an honest and compelling account of Paul’s time spent in prison and a story of how, with the right support, time spent with purpose within the prison system can turn a life around. Paul was joined by a host of family and friends to celebrate the launch of the book, with his brother Chris, and wife Mary-Ann Moller introducing the book and sharing memories of Paul’s journey from prison to a doctorate in psychology, a career in public speaking, and fatherhood.

Mary-Ann spoke fondly of first meeting Paul and of the open and sincere way in which he dealt with his past. She went on to note that although ‘not an easy read’ for her, the book makes a strong case for the possibilities of rehabilitation within a prison system. Paul spoke about the writing of the book and how he had worked carefully with his editorial team to ensure he gave an honest, unvarnished account of his character at the time he was writing about. There were many people for Paul to thank including educators, mentors and employers, but most of all his father, who as an English man, Paul assured us, tongue firmly in cheek, would enjoy being talked about publicly. Finishing on a serious note, Paul recognised that his story is something of an exception to the general rule and gave a rallying call for voters to engage with the issue of provisions for rehabilitation in our prison system, noting NZ’s high re-offending rates compared to nations who make this a priority.

An appreciative audience responded with book purchases and signing all around in what turned out to be a sell-out night. Family, friends and readers warm up with a drink 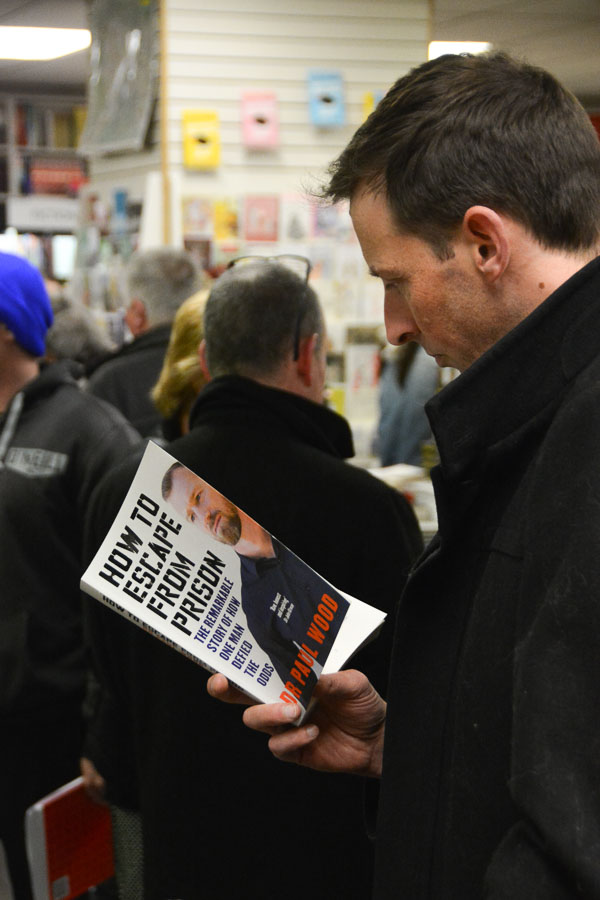 Too good a read to wait to get home 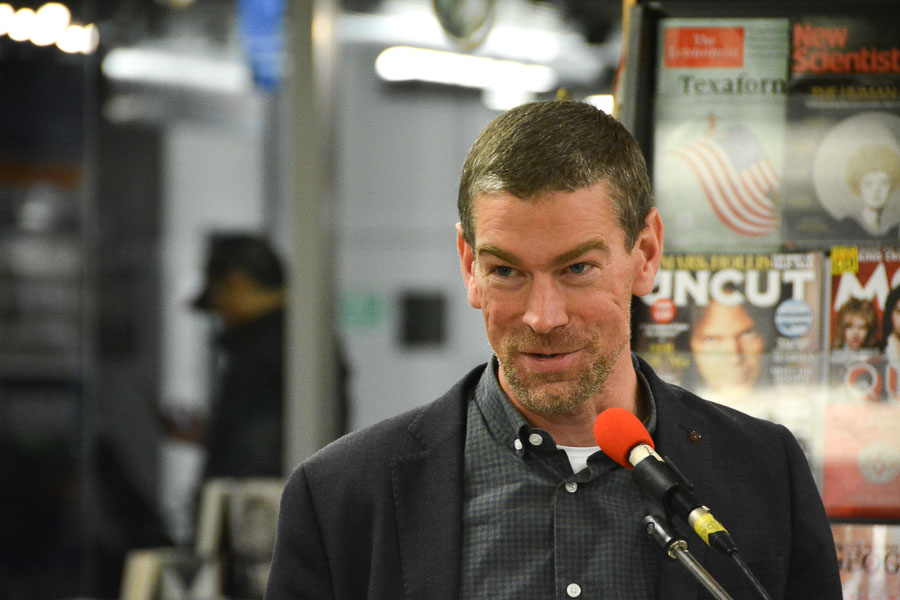 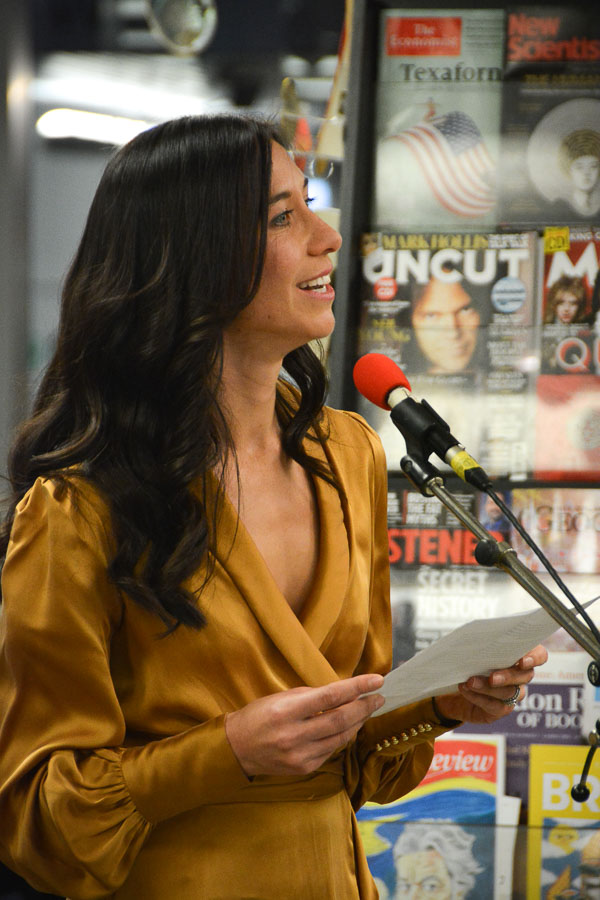 Paul joined the front row for the family speeches 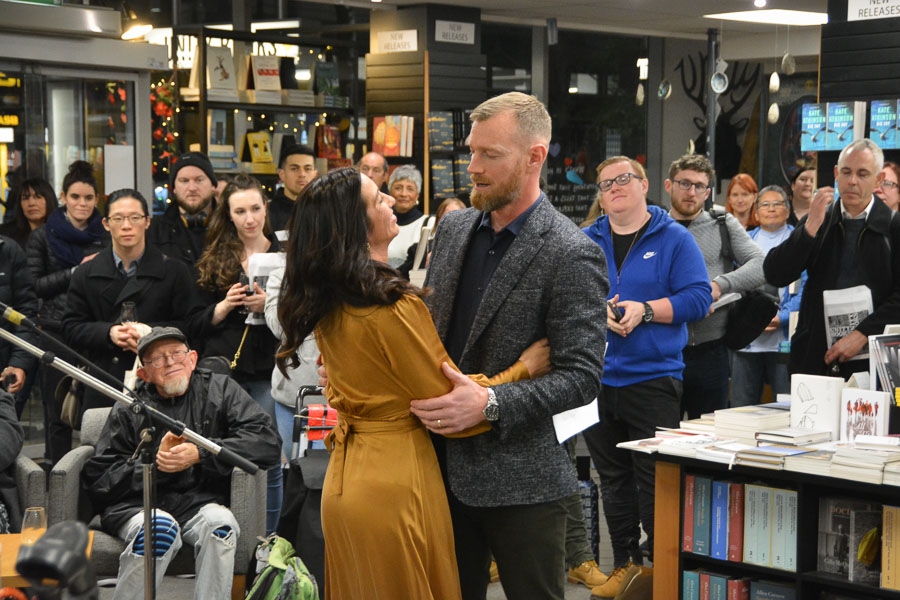 No spoilers, as Paul noted in his speech, this story does have a happy ending Paul Wood remembered some of the hardest times during his incarceration… …and paid tribute to the many people who supported him on his journey. 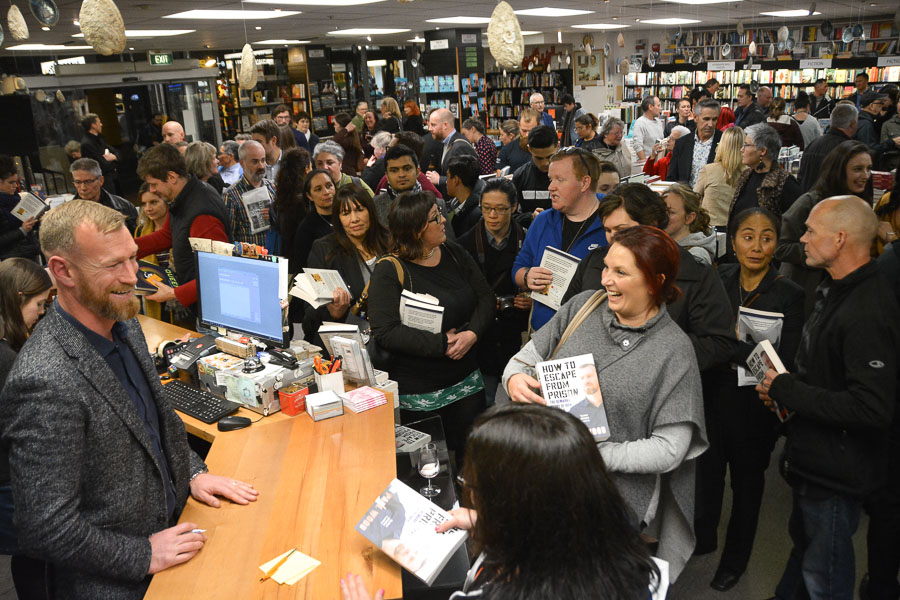 How to Escape from Prison by Paul Wood is available to by in-store and online now.