AFTERGLOW: In Love With These Times by Roger Shepherd 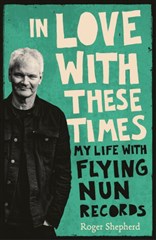 “Rain taps the window pane, inside is warm and dry…”
From “Rain” by The Chills – In Love With These Times (Flying Nun Compilation, 1990)

It was a slightly damp hubbub of music-lovers, writers, artists and interested miscreants which assembled on Thursday night to celebrate the publication of Roger Shepherd’s memoir about Flying Nun and his time in the music business.

Unity’s Dylan Sherwood started proceedings, reading a speech on behalf of the absent publisher Finlay MacDonald. Finlay wrote on the evolution of Flying Nun as a significant piece of New Zealand’s musical and social history, congratulated Roger for getting the story down on paper and thanked him for letting him be involved in bringing  the project to fruition.

A discursive conversation followed between Roger Shepherd and his old friend Colin Hogg whose book, Going South, is also published by HarperCollins. Colin Hogg paid tribute to the strong hearts (and livers) of those people crazy enough to embroil themselves in the business of music, acknowledging Roger Shepherd as “the Burt Munro of New Zealand music” and the legend that he built out of “bits and pieces and not much money”.

The Flying Nun label (named-so in desperation) arose out of disgust with what music record shops and radio stations were playing which didn’t reflect the interesting music Shepherd was seeing played by people who’d taken to the punk do-it-yourself ethos of learning to play, forming a band and writing original music (possibly in that order, but not always). This was revolutionary at a time when most New Zealand bands just played cover versions of pub-rock standards, when if you wanted something interesting it had to be imported. Shepherd said he realised that if he didn’t do it, musicians like The Gordons, Bill Direen and The Clean – whom he declared “obviously the best band ever” – would never be recorded or released and that the “persistent oncoming tidal wave of change” he was hearing might never even be documented.

Roger also spoke of how the label grew from a friends-in-other-cities-based distribution system, to an international multinational business, in part due to the general unavailability of the necessary infrastructure locally. Once the record pressing plants of Polygram in Miramar and EMI in the Hutt closed it was logical to relocate to London, the epicentre of the music press which influenced Europe and New Zealand.

The crowd continued reminiscing and catching up with old friends, while Roger signed copies of his book for eager readers in front of a customer’s framed promotional poster of Flying Nun’s first two releases. If you missed the launch a limited number of signed copies are available. 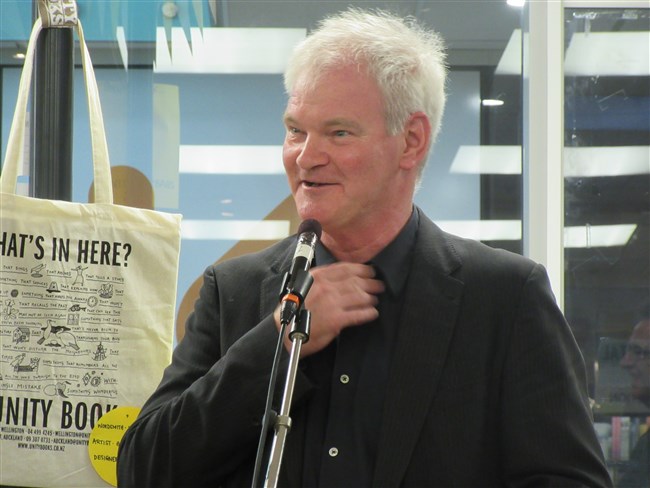 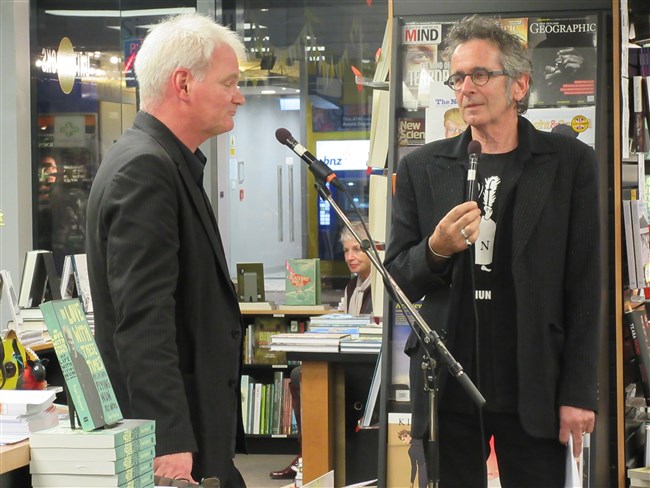 Colin questions Roger about the early days of Flying Nun 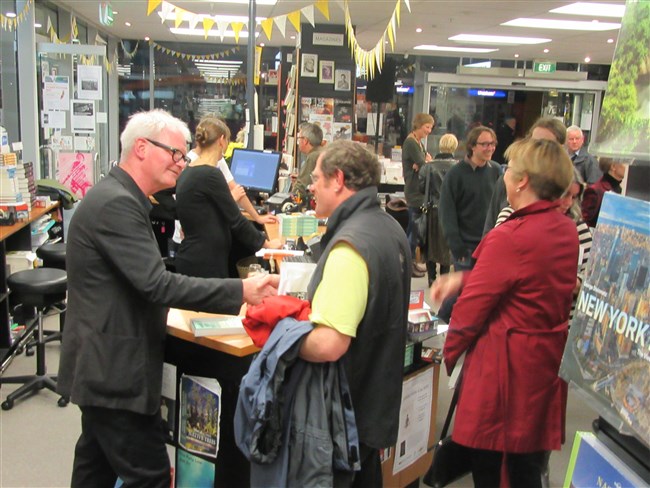 The queue for signatures 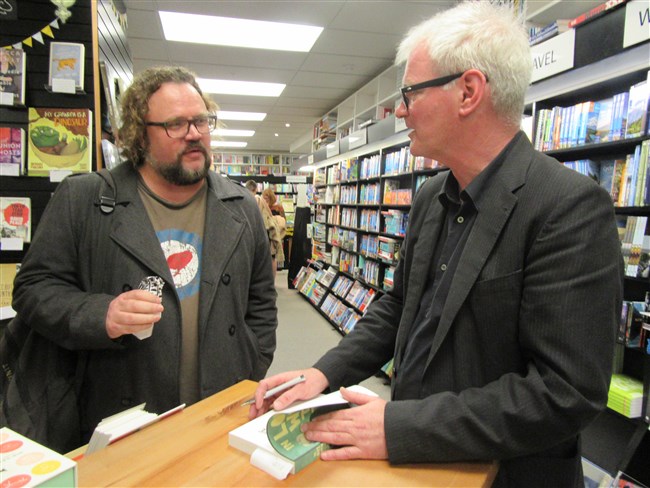 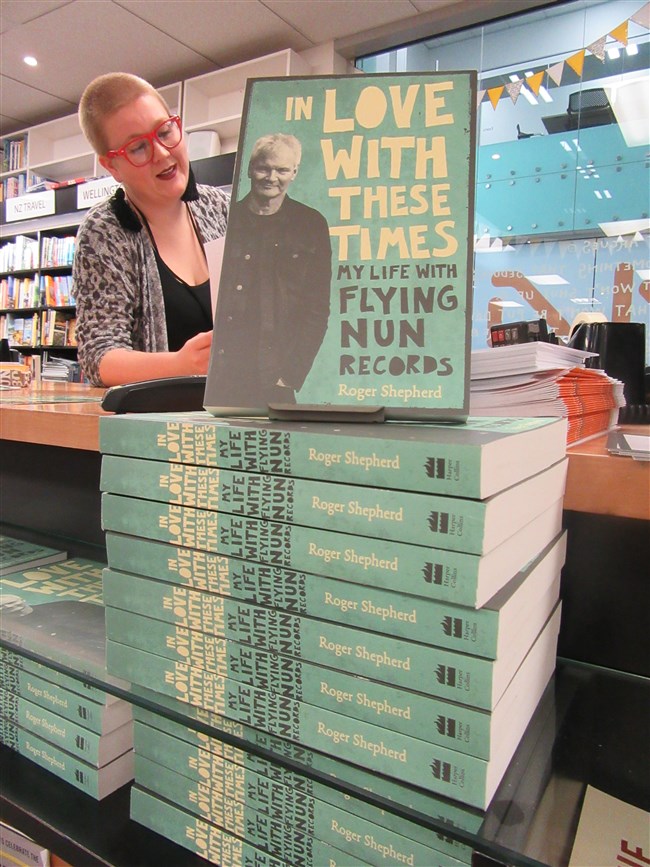 Pre-launch stacks of “In Love With These Times”