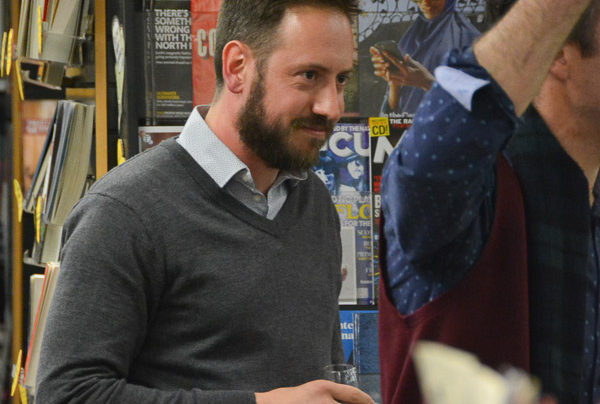 Unity Books played host to the launch of Steven Toussaint’s new poetry collection Lay Studies (published by Victoria University Press) on Tuesday 9th July, 2019. With a crowd packed full of some of NZ’s best poets and writers, fellow poet John Dennison gave an incredibly impassioned, almost evangelical, toast. Energised by John’s speech, the crowd joined in toasting Steven before he stepped up to the mic and gave a smooth, measured reading of his poem Aveum Measures. Friends, family, colleagues and Unity Books staff were suitably transfixed. Steven then signed copies of his book before the evening’s festivities rolled onward into the night. 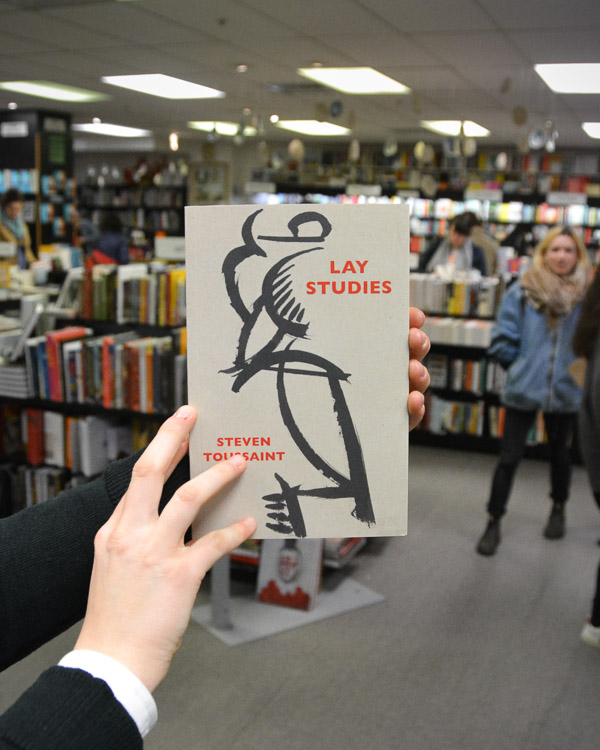 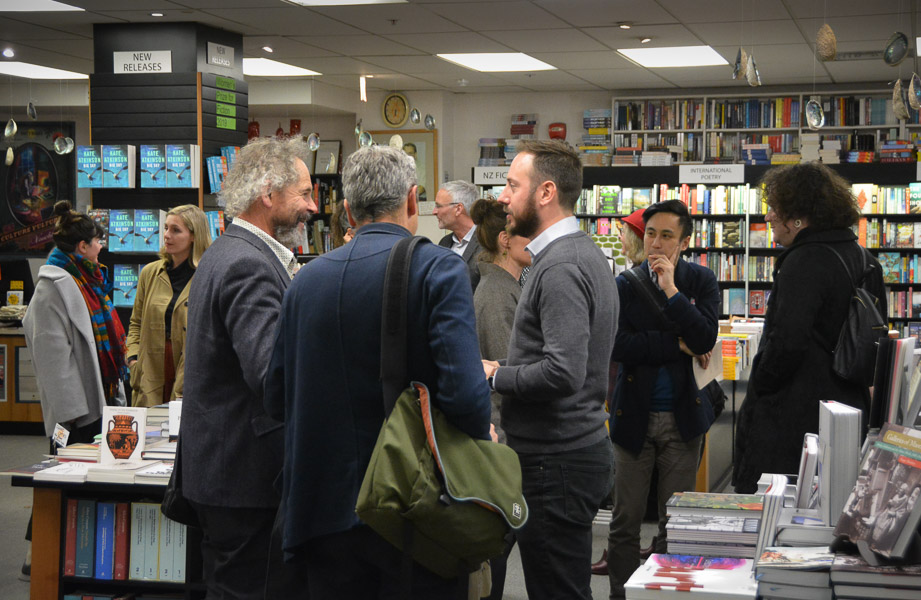 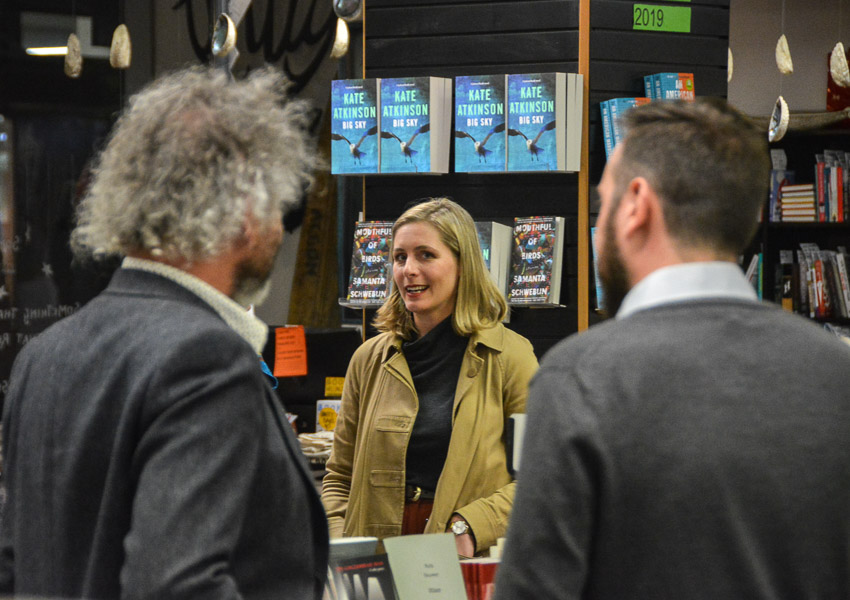 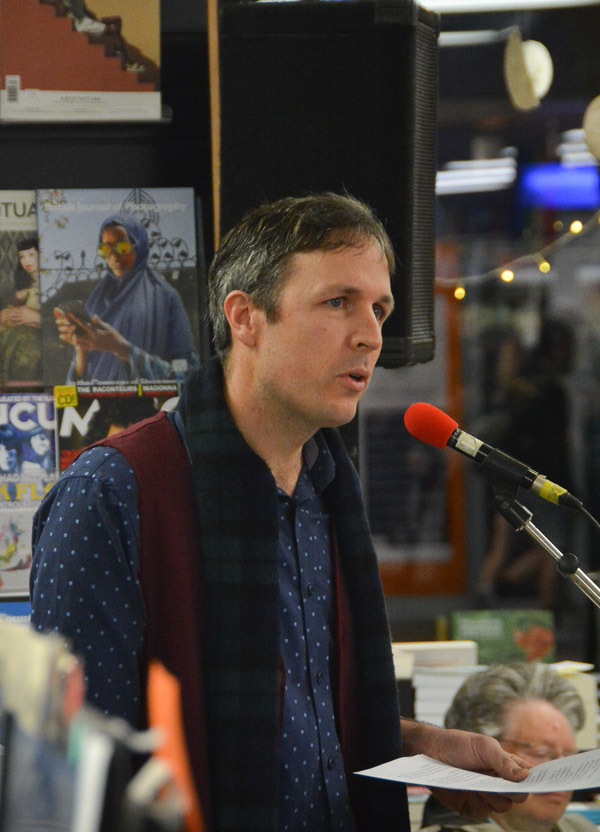 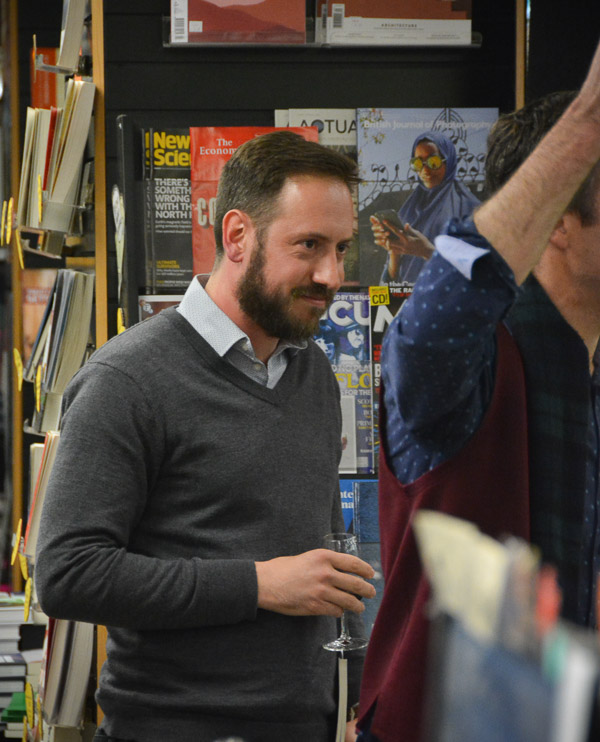 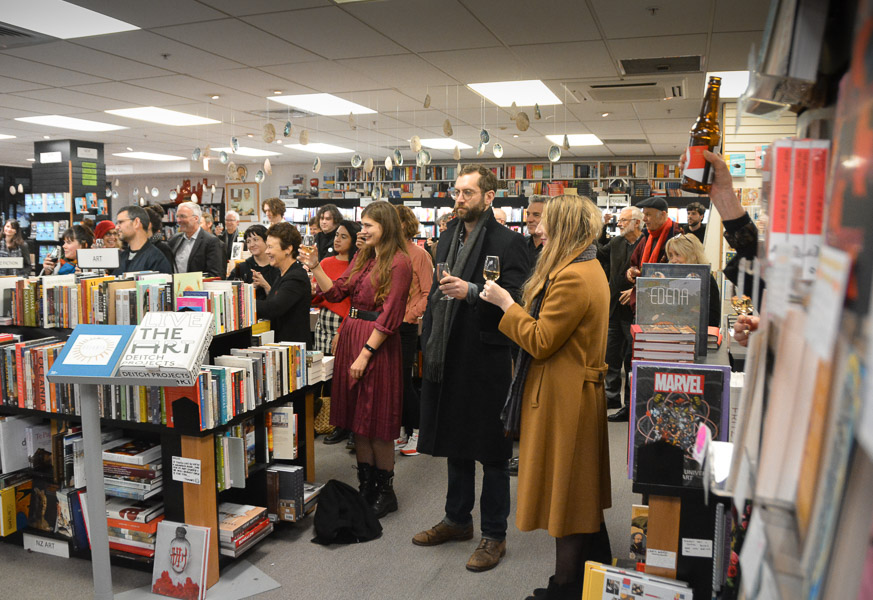 The crowd joins the toast. 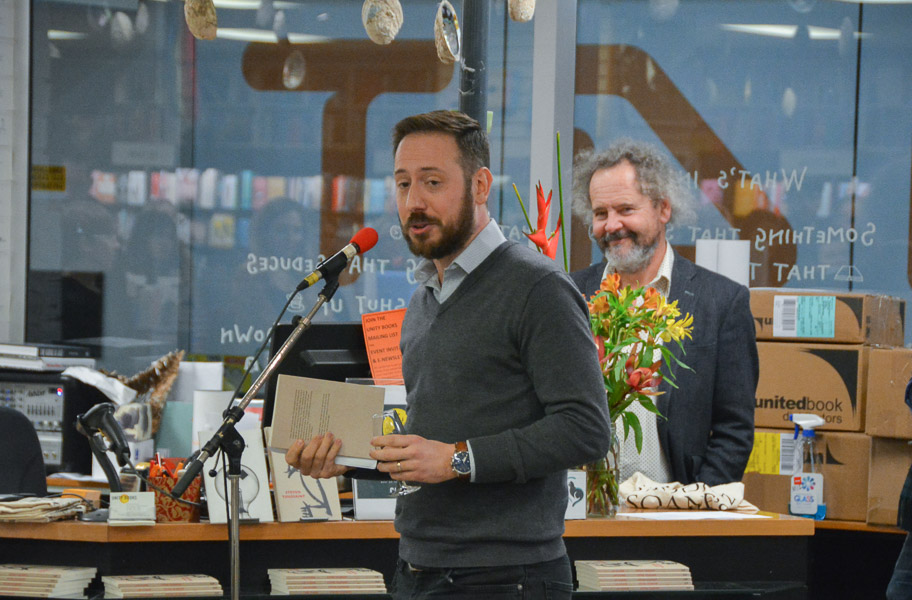 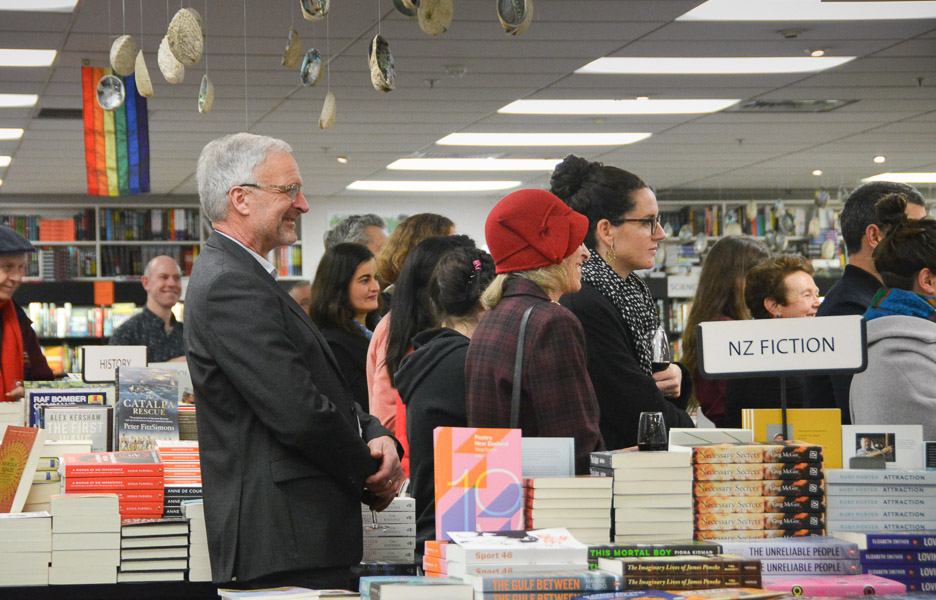 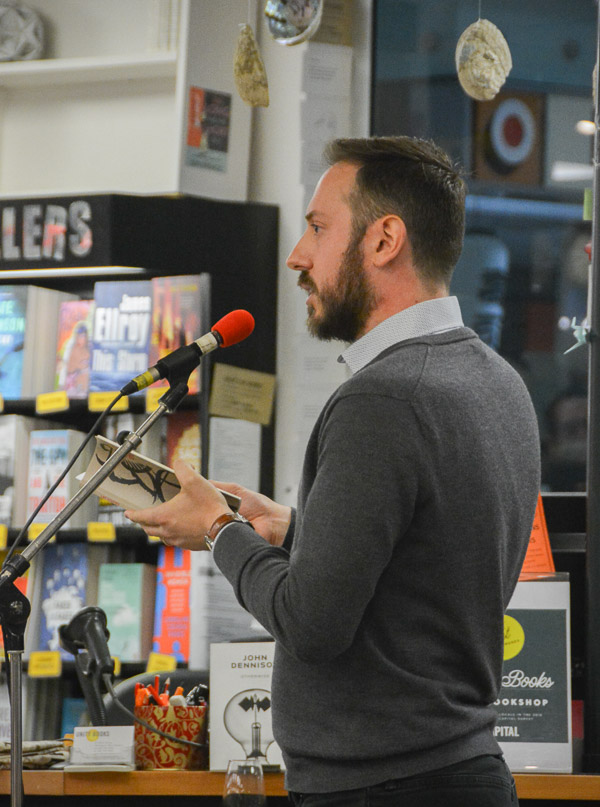