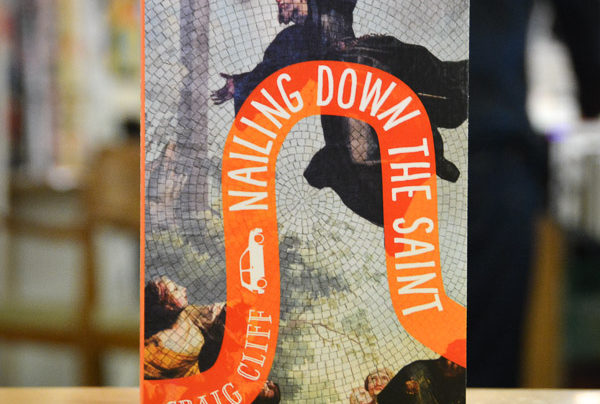 Duncan Blake is a Kiwi filmmaker whose move to LA has not gone to plan. Working at a chain restaurant, his marriage is on shaky ground after a porn-related faux pas and his son won’t stop watching Aladdin. When Duncan gets the chance to scout locations for a fated director’s biopic of Saint Joseph of Copertino, it’s the lifeline he’s been searching for. But in Italy, in the footsteps of the seventeenth-century levitator, he must confront miracles, madness and the realities of modern movie making.

Good friends Brannavan and Craig had lots to discuss with topics ranging from contemporary gaming and music, the influence of film directors including Martin Scorsese, #metoo, gamergate and pathetic masculinity, to the challenges of balancing parenthood with a full time job and a writing career. The audience brought up some interesting issues too such as the the question of how a book featuring a levitating Christian sect engages with people of faith. Craig’s answer was indicative of an inquiring mind, noting that people tend to fall into two camps, either complete skepticism or open mindedness, and that the later promises and much longer conversation. 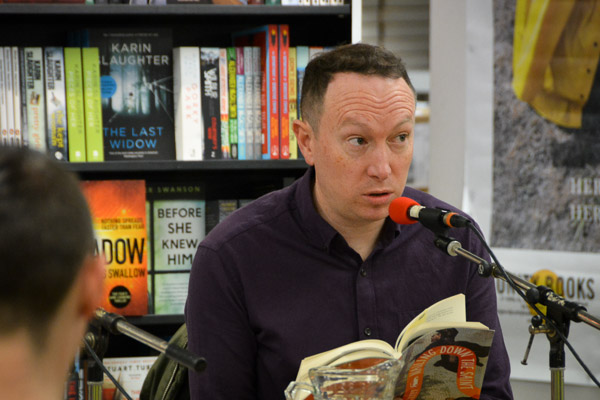 Craig Cliff reads from Nailing Down the Saint 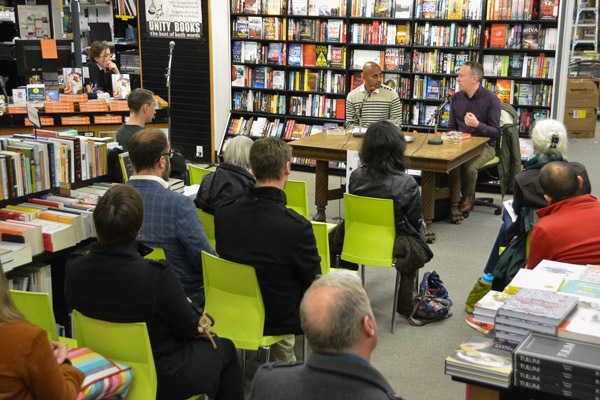 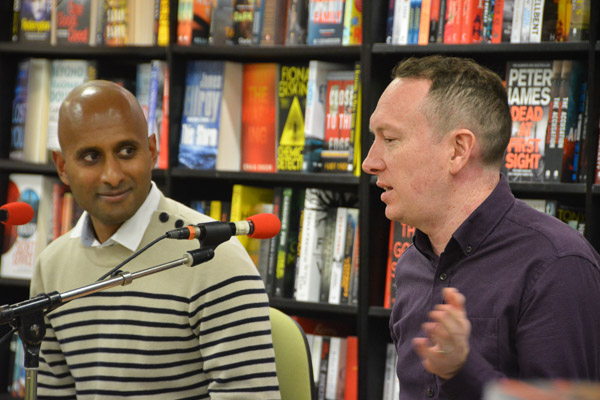 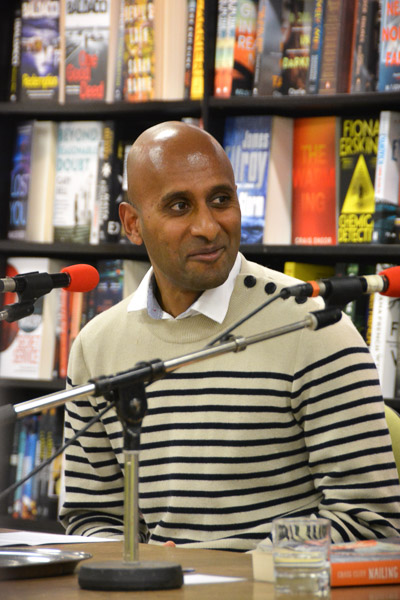 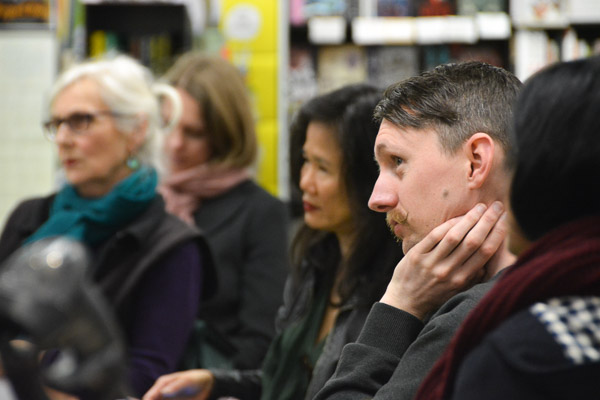 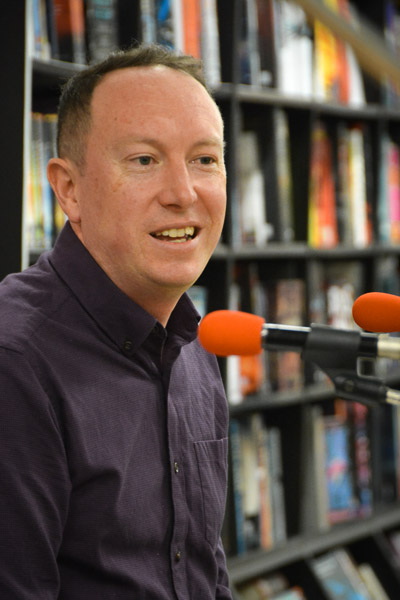 Craig fields questions from the floor 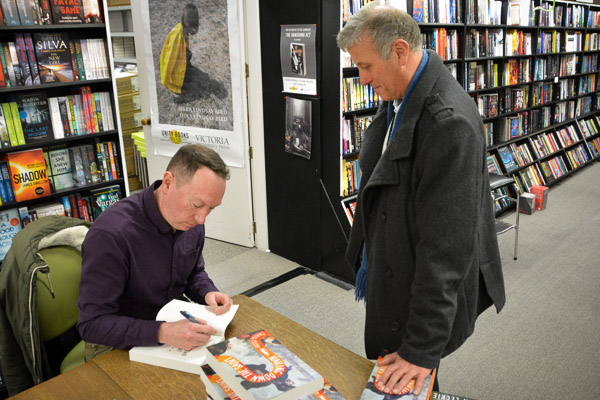 In the signing corner

Nailing Down The Saint is available to purchase in-store and at unitybooksonline now.

Words and pictures by John Duke