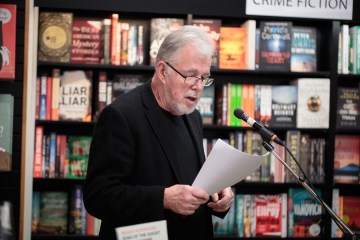 Despite it being a rainy afternoon on the first day of winter, a large crowd assembled to hear Roger Horrocks speak about his new book ‘Re-Inventing New Zealand,’ a selection of essays written over a thirty year period, unpacking the relationship between arts and media in New Zealand.

In his speech, Horrocks spoke about what he had learned during the process of selecting essays for this book. He said New Zealand’s cultural landscape had changed markedly over the last 50 years, mostly for the better. He described the way New Zealand had gone from a derivate, colonial importer of culture to a producer of culture.

He reminisced about how, growing up, New Zealand had still been so colonial that when he went to the cinema everyone stood up at the beginning of the film for ‘God Save The Queen’ and people thought that Picasso was some kind of foreign cheese.

Horrocks described how the 60’s and 70’s had heralded a new interest in New Zealand’s history and culture. Feminism, the Maori Renaissance, and LGBT rights began to shape our cultural landscape and the emergence of radical communities meant that the arts sector experienced a boom. Horrocks also described the counterforces which were having a negative impact on the New Zealand arts community. Corporate capitalism and neoliberalism began to take hold in the 80’s and put NZ’s creative communities in jeopardy.

Horrocks spoke about the millennium, and how many local bookshops and publishing companies were struggling to survive in a new era of file-sharing, overseas retailers and corporate restructuring causing many local branches of the publishing industry to head offshore. He said that New Zealand’s arts sector must re-invent or die, and he remained optimistic that a new wave of creative energy would come out of a new generation utilizing the internet.

He also spoke briefly about New Zealand’s culture of anti-intellectualism, and gave many examples of prominent NZ writers and thinkers being publicly attacked and ridiculed by mainstream NZ media.
Roger went on to take questions from the audience, and sign copies of his new book. 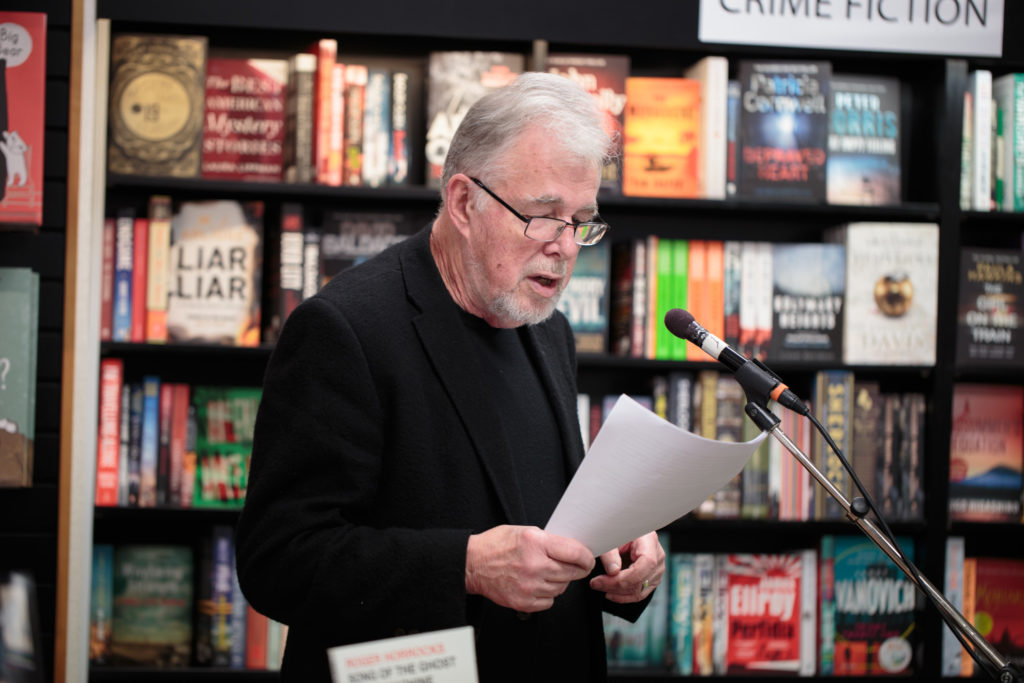 You can purchase copies of Roger Horrocks book Re-inventing New Zealand in store or HERE in our online shop.