Unity Books Wellington played host to the launch of David Coventry’s debut novel The Invisible Mile on 6 June 2015, and in doing so, we welcomed a large audience full of ‘family, friends and fellow writers’.

Kirsten McDougall from Victoria University Press spoke first, on behalf of colleagues close to home and across the other side of the world. She reported that, upon reading the manuscript, Fergus Barrowman (the VUP publisher) said ‘it’s the real thing’. ‘Most writers will experience a full-body tingle at this.’ On the depth and breadth and general quality of the work, Kirsten said ‘It was hard to believe that the author wasn’t a cyclist – and hadn’t been to France’.

As the main speaker with official launching duties, novelist Carl Shuker came next in the proceedings. Speaking of an earlier (and abandoned) project of David’s, Carl told us that ‘when his first novel arrived, it was big – and it was also brilliant.’ ‘But not only did David shelve an amazing novel, he wrote another amazing novel.’ Of David himself, Carl said ‘he’s funny, he’s dry, he’s dark. He has a mature artist’s warmth and rhythm.’ After reading a passage from the book, he hammered home the effort required in writing a novel. ‘Prose, make no mistake about it, is a competitive sport – and an endurance sport.’

David’s own turn at the mic came next, and he kept the audience enraptured as he read from his book. ‘I’ve got a list of people to thank,’ he went on to say, ‘and I’ve got some words to say.’ He spoke highly of the team at VUP, with particular mention to his editor Ashleigh Young – a fellow writer. ‘You’re not just working with an editor, you’re working with someone who understands what it’s like to write a book.’

He thanked his colleagues from Ngā Taonga Sound & Vision, before turning to his friends and family, who were in town from all over the show – from Fiji, to the deep south, to Sydney. ‘It’s quite humbling.’ David also spoke most highly of Carl – ‘a man of immense literary gifts’. Finally, he acknowledged his debt of gratitude to his partner Laura, who provided all manner of support while he wrote the book. While unwell and unable to read through by himself, David would lie on the couch while Laura read out to him, and he would call out edits to then be written down.

After the speeches ended, David’s signing marathon began, with everyone clamouring to congratulate the newly minted novelist and capture their inky memento of the night. A madcap launch is the sort of occasion where we staff take great delight in being run off our feet – and the release of The Invisible Mile was certainly one such time.

The Invisible Mile (Victoria University Press) is $30 and available in store now or from our online shop HERE. 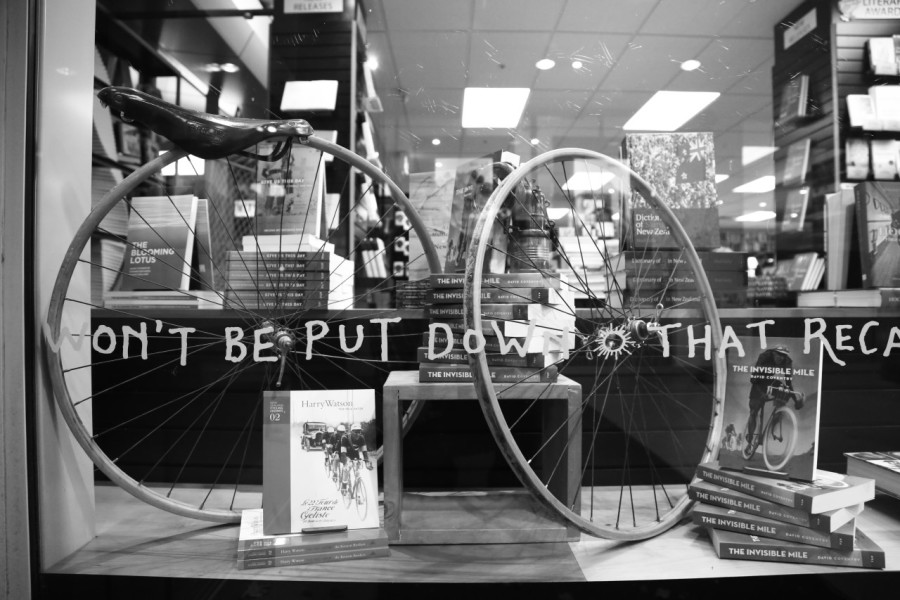 Our window display of ‘The Invisible Mile’ 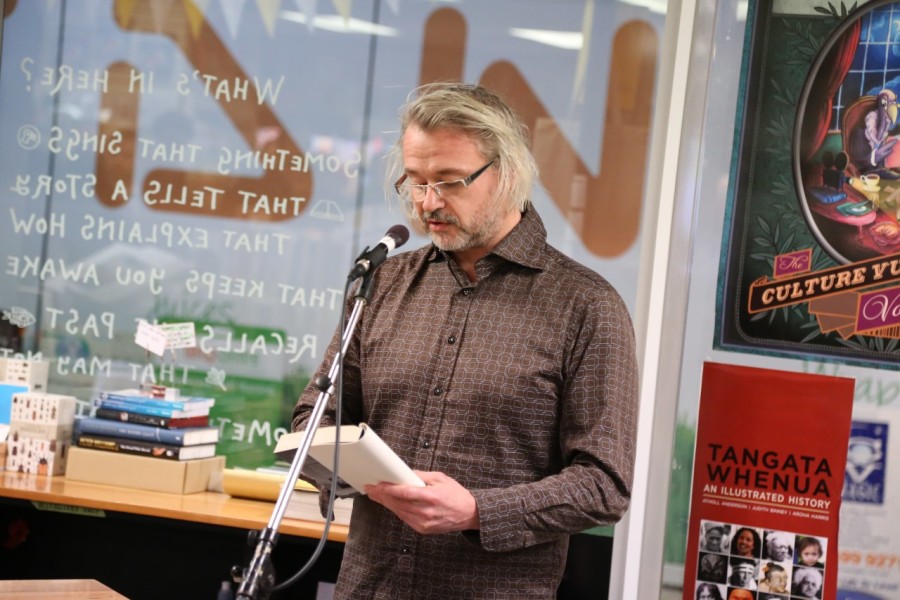 David Coventry reads an excerpt from his debut novel. 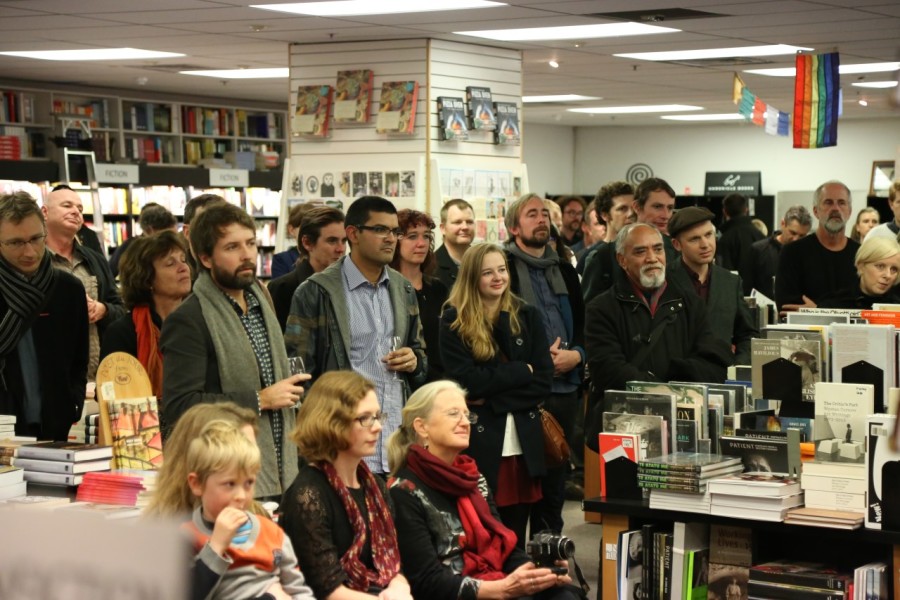 The crowd at the launch for ‘The Invisible Mile’.

Audience members listening to the speakers. 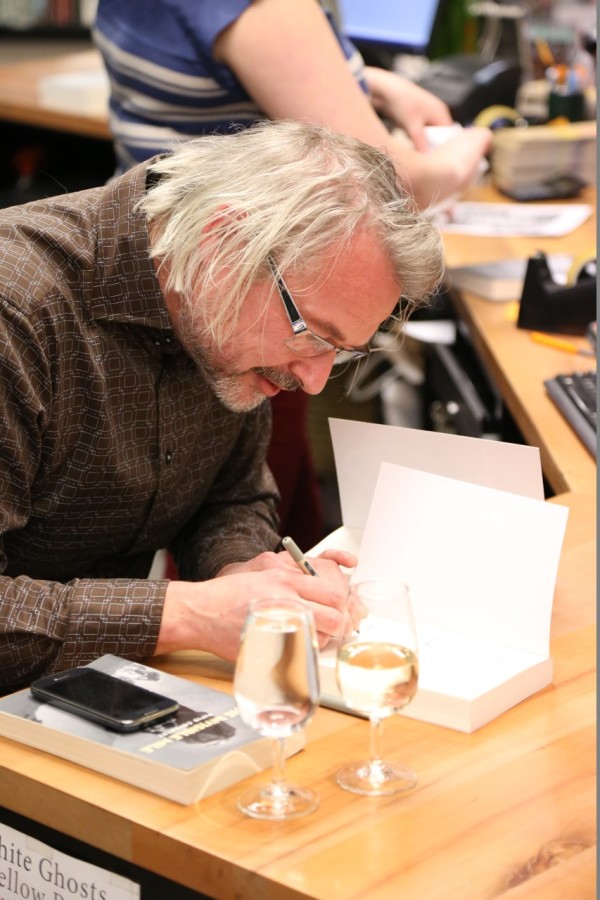