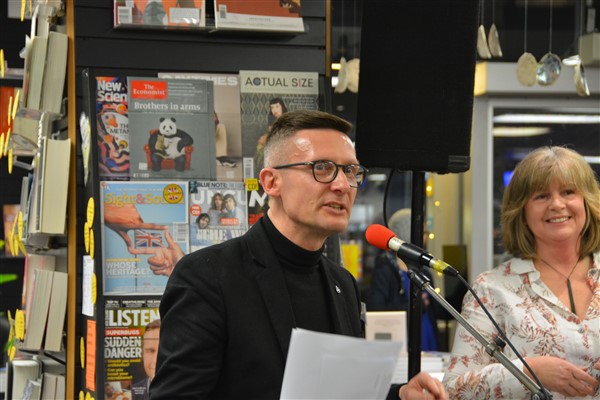 August the 1st, 2019 marked the centenary of Primo Levi’s birth. It is also the night “The Occasional Demon” a collection of 36 of his poems, translated By Marco Sonzogni & Harry Thomas, was launched at Unity Books Wellington.

Many people recited Levi’s poems in many languages throughout the evening. Among them, the book’s co-translator Marco Sozogni, Italian Ambassador Fabrizio Marcelli, Israeli Ambassador Itzhak Gerberg and Polish Ambassador Zbigniew Gniatkowski.
Rose Lubransky sang a beautiful tribute to Primo Levi to finish off the readings. 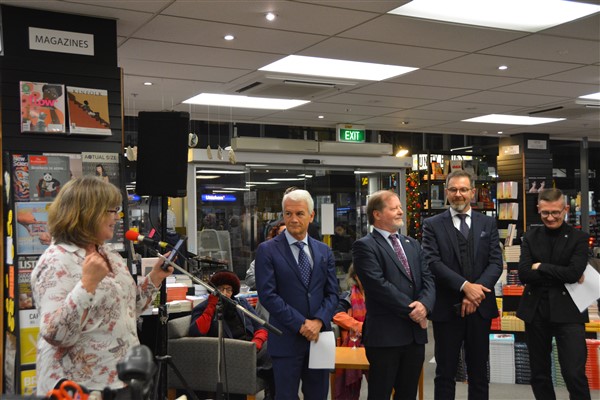 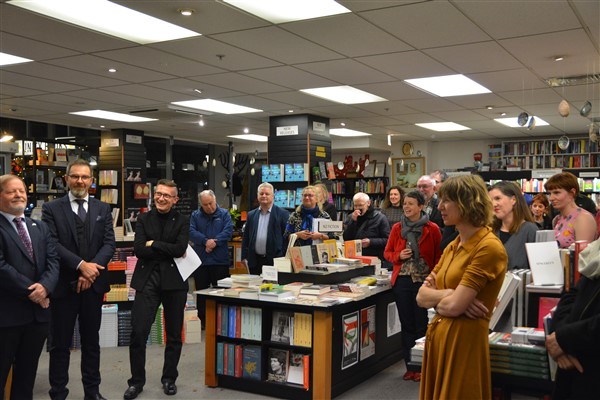 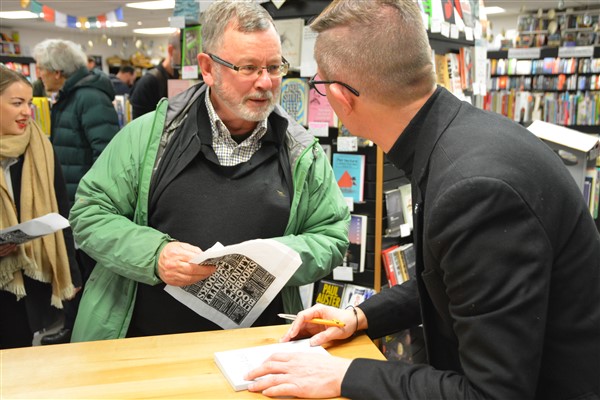 Translator signs books for the punters 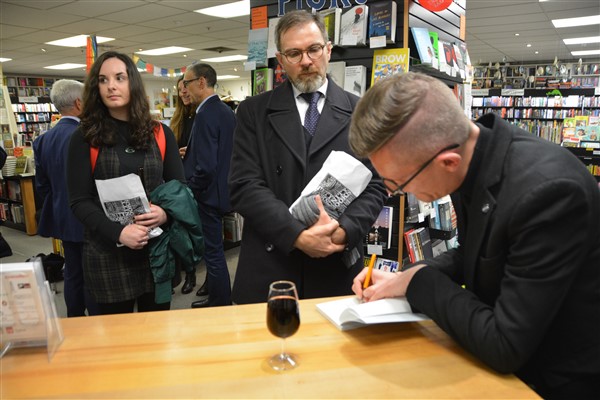 Marco signing a copy for the Polish Ambassador, Zbigniew Gniatkowski 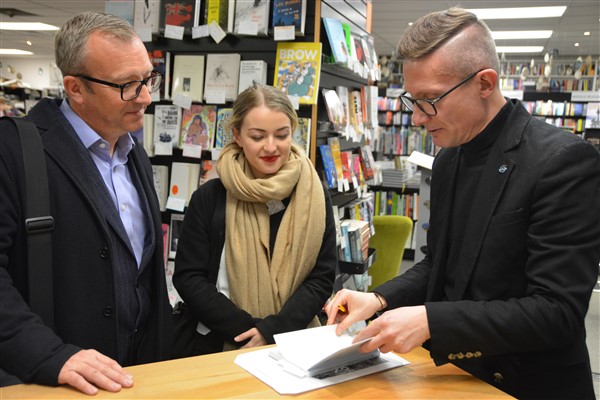 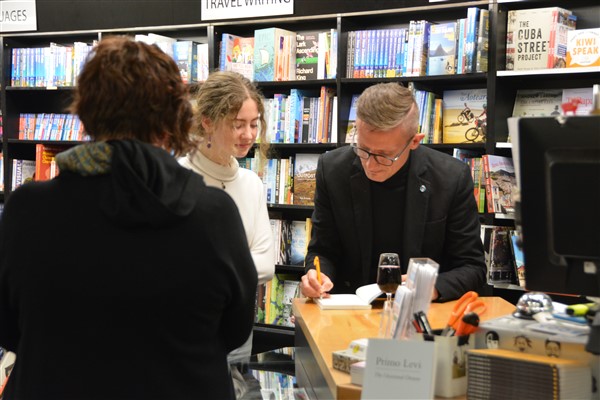 The Occasional Demon is a limited edition print run but is still available to purchase in-store and online here.

AFTERGLOW: A Communist in the Family
Helen Rickerby