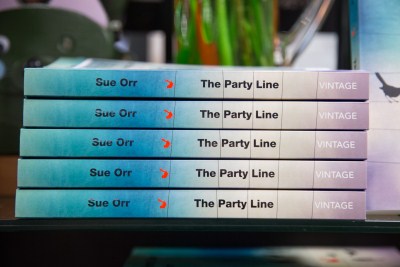 It’s always a joy to see a large (and excitable) audience at the launch of a début novel – but sometimes, it’s not entirely a surprise that so many people were so keen to be a part of the event. Case in point – Sue Orr’s novel, The Party Line, which had its Wellington launch at Unity Books on Thursday 3 September. But Sue is already an established and esteemed author, with two short story collections under her belt. Friends, family and fans were all in attendance to celebrate and to get a piece of the long-form prose action.

Professor Peter Whiteford, one of Sue’s PhD supervisors (alongside Damien Wilkins), was the first to speak (after a welcome from Unity clan member Briar). With the book already launched in Auckland the week earlier, Peter referred to the night’s event as ‘the beta version – or, perhaps, the better version’. His anticipation for novel was high, he told us, ‘because she was so competent, so creative, so original’. 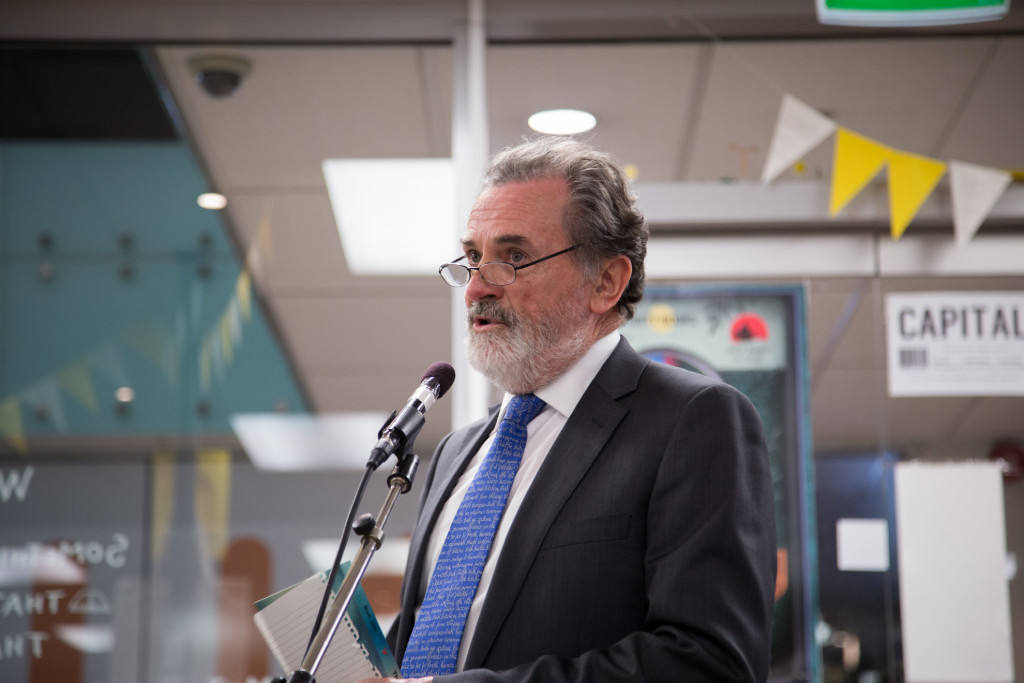 He spoke of the potential issues of writing in a recent history era – ‘In the distant past, specialists will tell you what you’ve gotten wrong – with the recent past, everyone will.’ But, he went on to say, ‘her reconstruction of the seventies has a real authenticity to it’. After a little elaboration on the nature of the book, and the juxtaposition of the two kinds of ‘party line’ that the title can refer to, he clammed up, telling us ‘reviews can come very close to giving away the best bits – so I’ll encourage you to instead buy it and read it.’

Sue followed Peter’s speech with a look around the crowd and an entirely reasonable statement of ‘I’m just overwhelmed. I’ve been having nightmares about empty bookshops.’ All three of her books have had launches at Unity, and despite her currently being based in Auckland, she felt the need to celebrate with her Wellington friends and whānau as The Party Line was ‘conceived and baked in Wellington.’ Sue speaking to the appreciative crowd.

She spoke about her internal struggle with contemporary views on dairying and environmentalism, wanting to portray the rural communities with as much historical realism as possible. The finest segue of the evening was her taking the discussion ‘from pasture to pastoral care’, followed by getting her ‘choking up bit’ out of the way swiftly as she thanked her family.

Sue then read from near the beginning of the book, before taking up residence at the middle counter to sign copies of book. There was a lot of love and appreciation in the room at the launch – and a lot of people keen to tear open their paper bags and get into the book.

The Party Line (Vintage NZ) is $38 and available in store now or from our online shop HERE. Copies of The Party Line stacked up and ready for the launch. 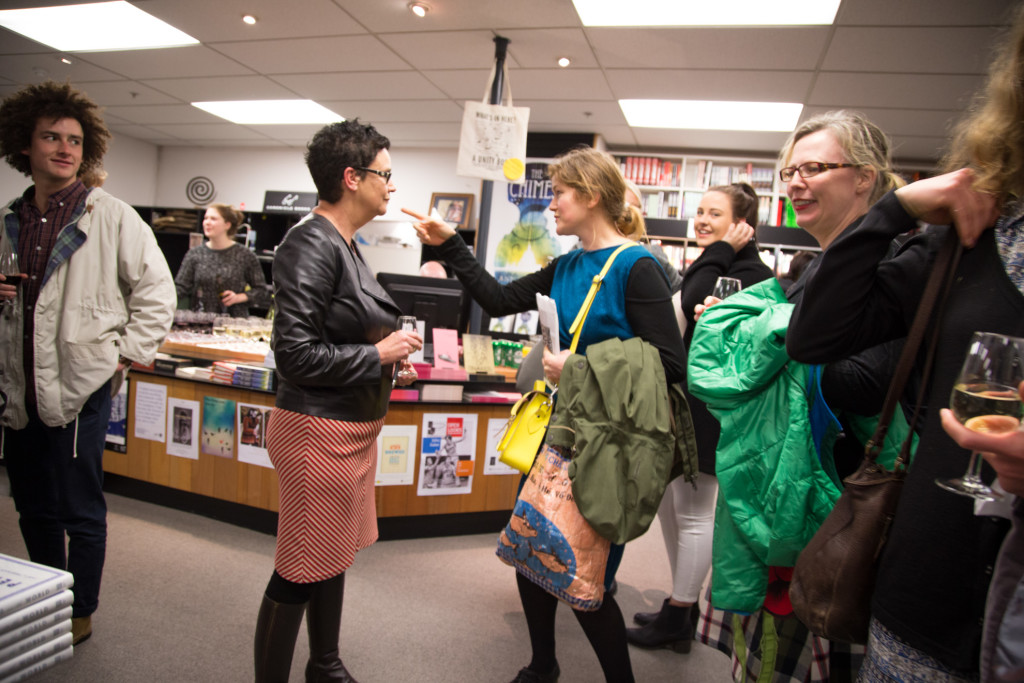 Sue signing copies of her book. 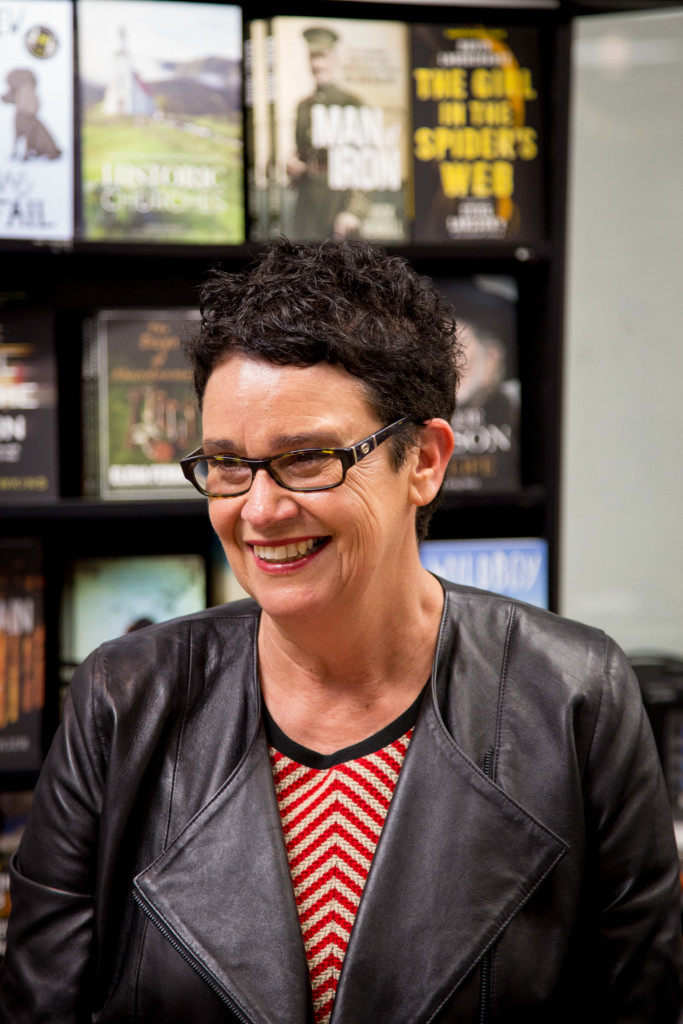 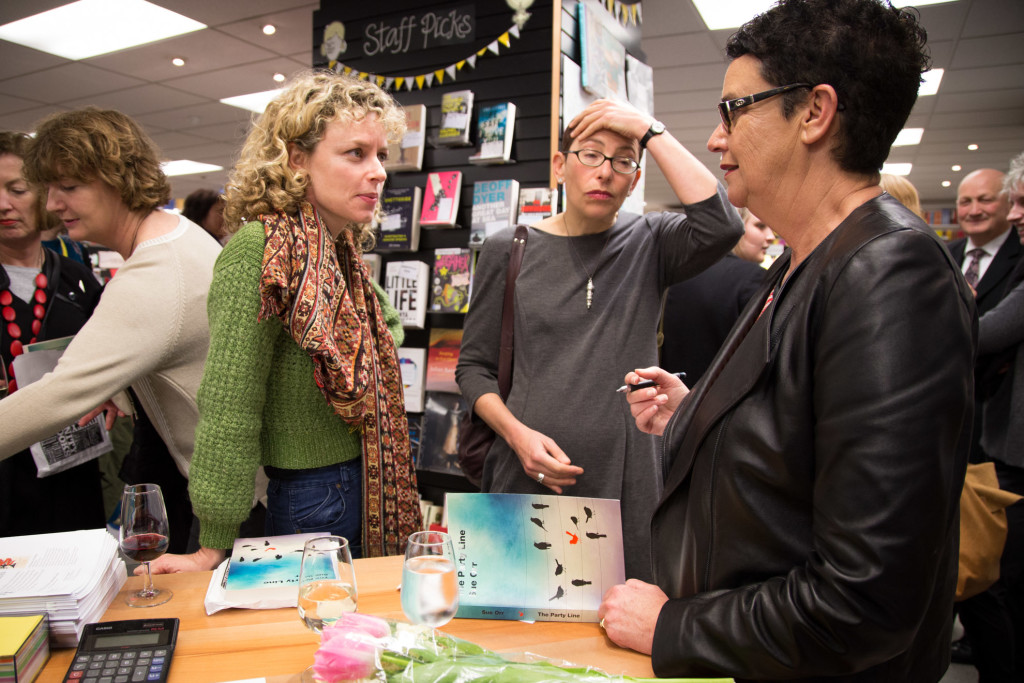 Further catch-ups and chats took place at the signing counter.