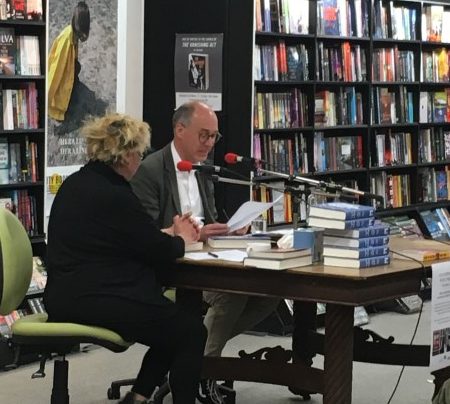 A lunchtime event at the start of the week always manages to draw a good literati crowd from the denizens of the capital, and such an event featuring a publisher turned author turned author-writing-about-publishing manages to pull a particularly attentive one. Publishing people turned out alongside the public to listen to Tilly Lloyd in conversation with Toby Faber – yes, of those Fabers. More specifically, Toby was here to talk about his two new books – Faber & Faber: The Untold Story (does what it says on the tin) and Close to the Edge (a crime thriller).

After an introduction from Tilly, with reference to ‘rapturous reviews’ of Faber & Faber: The Untold Story and her forthcoming ‘gentle interrogation’, the pair sat in front of the crowd and got talking. First on the agenda was Close to the Edge, and its origins in Toby’s own commuting history – echoing that of protagonist Laurie.

‘Travelling in London you meet so many people, so many strangers all the time. And occasionally,’ Toby said, ‘there’s a connection.’

Toby was quick to point out that his conceiving of the idea predates Girl on the Train, which people understandably can connect to Close to the Edge, given the combo of crime thriller, female protagonist, and London public transport. In fact, the novel was some ten years in the making. That development time was well-spent, with everyone quickly sucked in as he read from the beginning of the book – as he pointed out, thrillers should grab you from the beginning.

The discussion moved on to Faber & Faber: The Untold Story. Faber & Faber is, as Toby put it, the last great independent publishing house in London. It was also founded by his grandfather, back in the 1930s. Tilly rattled off a list of names, varied enough to spark the interest of any bibliophile – from T.S. Eliot to Sylvia Plath to Alan Bennett to Sally Rooney. All Faber & Faber authors, and in Eliot’s case a Faber & Faber editor too.

Toby spoke about setting himself a cut-off date of 1990 for the period being covered by the book – and about the convenience of having both an archive and a dedicated archivist at the company. Boxes would be brought up, with reams of letters and memos and scrapped manuscripts – and Toby would sift through them. He wanted, ultimately, for his book to highlight the words of others, rather than himself.

‘The story as much as possible is not my words. It draws on extracts from letters, diary entries, board memos – things like that… I had great fun.’

Several such letter extracts were read by Toby – one from T.S. Eliot impersonating a Scottish clergyman, Sylvia Plath writing to her mother, Geoffrey Faber on the topic of Paddington Bear. To quote from them here, though, would be to deprive you from the chance to experience them for yourself.

He is a man with a fascinating legacy, and his books reflect that – his own history and that of his family company. He was on tour through the Decorative and Fine Arts Societies of New Zealand. 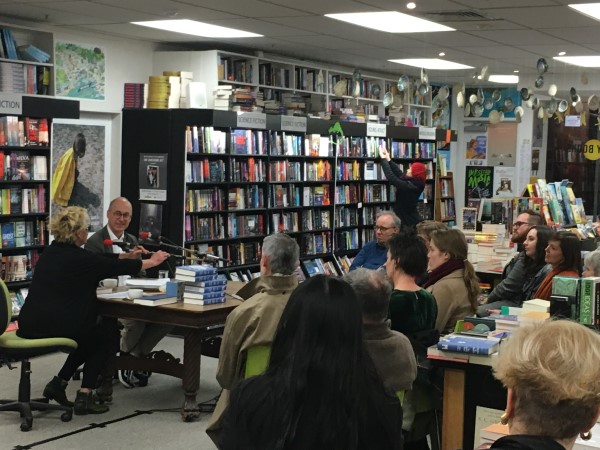 The lunchtime crowd stretches back across the store Toby recalls bringing together the various sources which inform Faber & Faber: The Untold Story of a Great Publishing House The view from the cheap seats 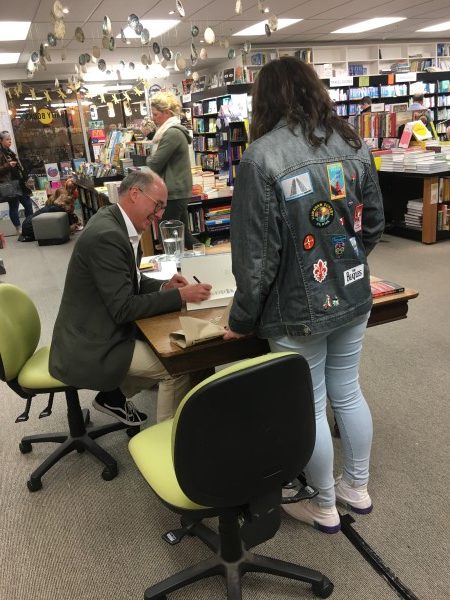 Signing with a smile

Close to the Edge and Faber & Faber: The Untold Story of a Great Publishing House are available to purchase in-store and at unitybooksonline.

Words and pictures by Briar