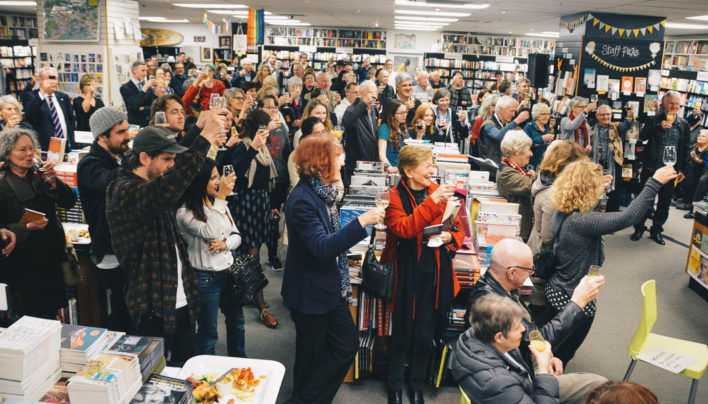 Friends old and new gathered in Unity Books on the evening of Tuesday 12th September to celebrate the momentous occasion of the shop’s 50th birthday. With glasses full and conviviality high, co-owner and manager Tilly Lloyd opened the night with sisterly words, toasting everybody from customers and staff to couriers and Willis Street tweeters. Jo McColl, co-owner and manager of Unity Books Auckland, then took our thoughts back to 1967, when Alan Preston opened the doors of his bookshop for the first time: “Wellingtonians were offered a carefully curated selection of books with a theosophical bent – brain nutrition is a good description.” As Jo finished speaking, a recording of Alan’s warm, intelligent voice from a radio interview several years ago resonated from the speakers.

Karen McLeod announced the launch of the Unity archives project, which she has been at the helm of for several months. Shop ephemera, from staff Christmas party pictures to amusingly annotated invoices, are now available online here for your viewing pleasure. Lincoln Gould, CEO of Booksellers NZ, spoke fondly about Unity, indies and the trade. Jane Parkin then spoke of her role as a long-time customer and also as editor of our celebratory anthology, Unity Books at 50, which collects work from 16 past and present staff members who are also published authors. Fergus Barrowman, publisher at Victoria University Press, officially launched the anthology, which he said “illustrates something about the life and ethos of this place.” He offered some of his own reminiscences from 40 years of Unity patronage –  including stocking up on green-spined Penguin Classics for his teenage bedroom – and recalled dearly departed friends Nigel Cox, Heather McKenzie and, of course, Alan.

Mayor Justin Lester praised the unique culture that Unity brings to Wellington, and gifted the shop a beautiful ceramic waka. Assistant manager and iconic shopgirl Marion Castree delivered the last (official) toast of the evening, which coincided nicely with Maori Language Week – “Reira, he nui te kaha i roto i te kotahitanga – there is much strength in Unity.” Glasses were drained and refilled, and the next 50 years of Unity, and books, were spoken of wholeheartedly. 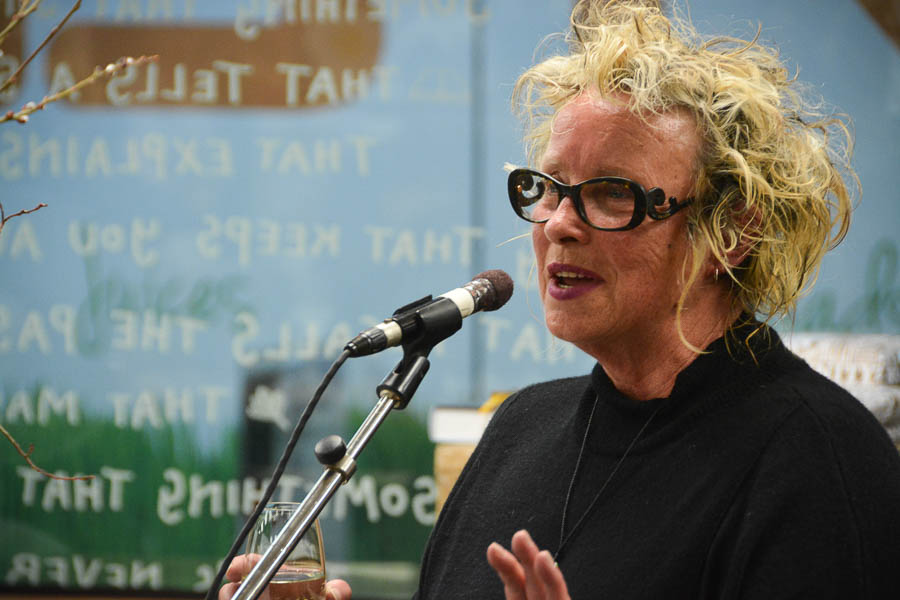 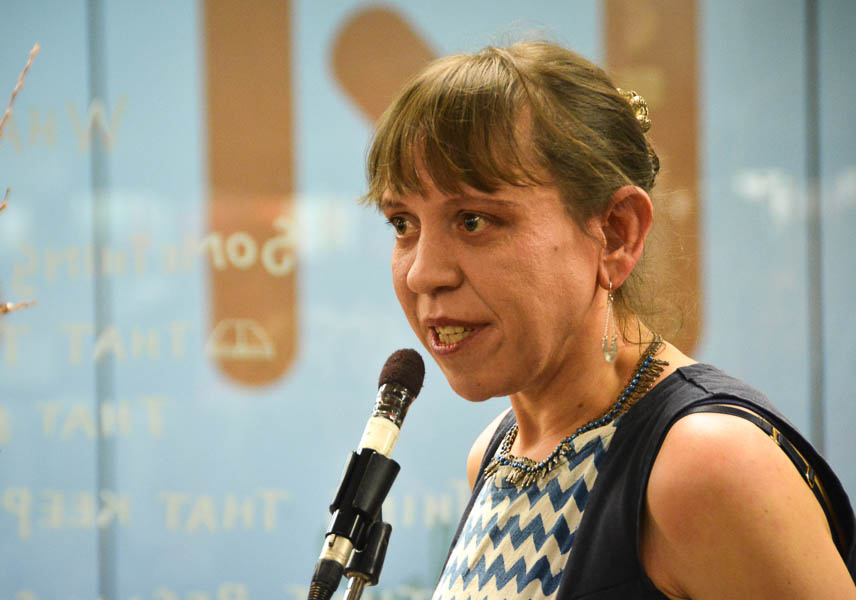 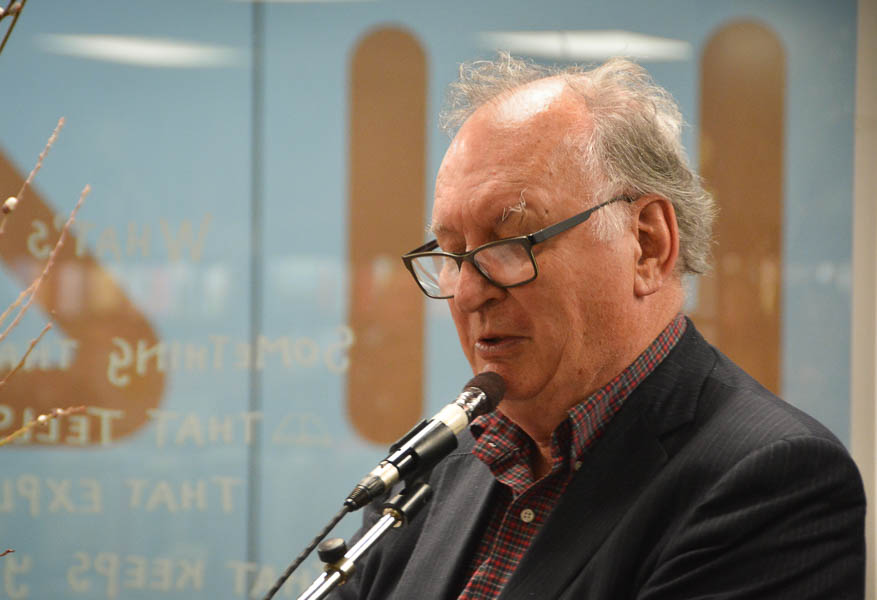 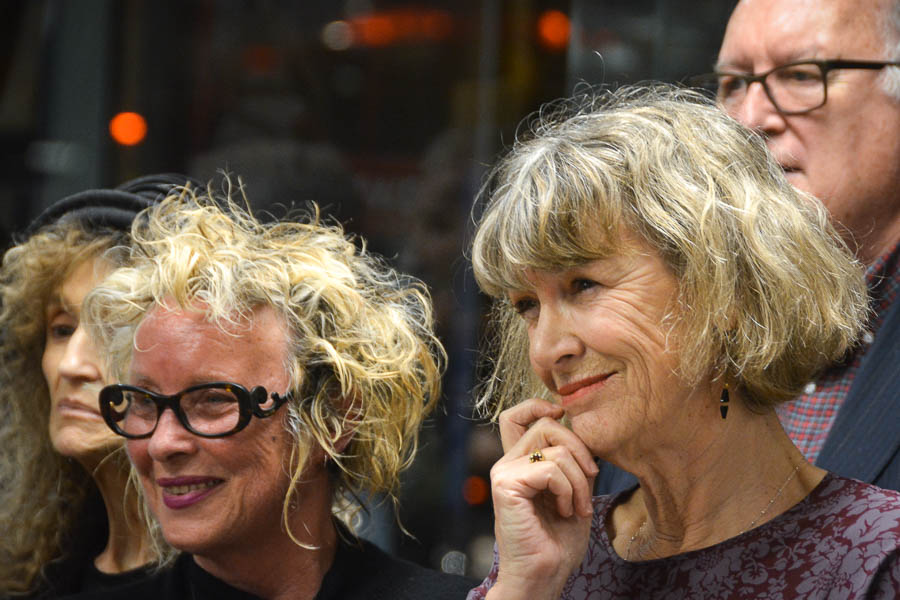 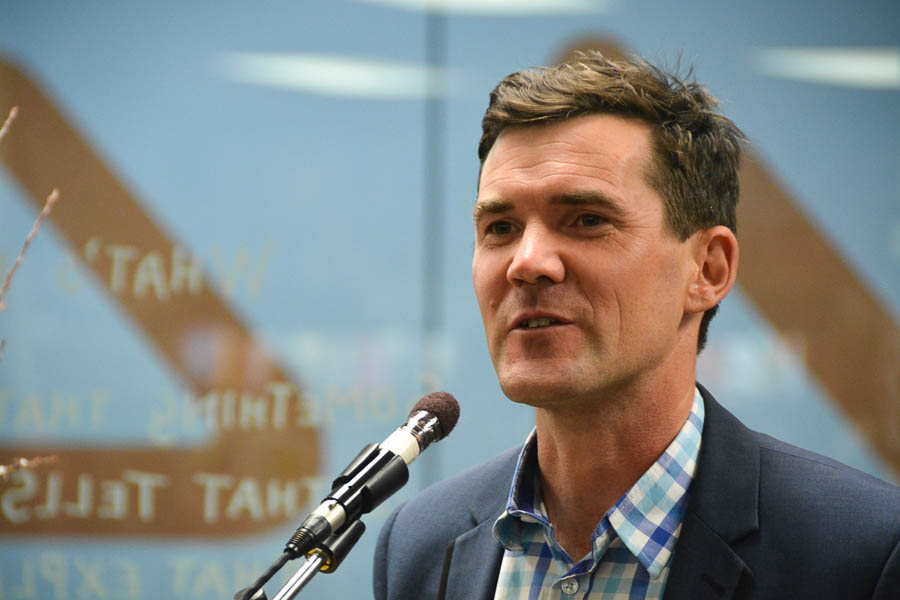 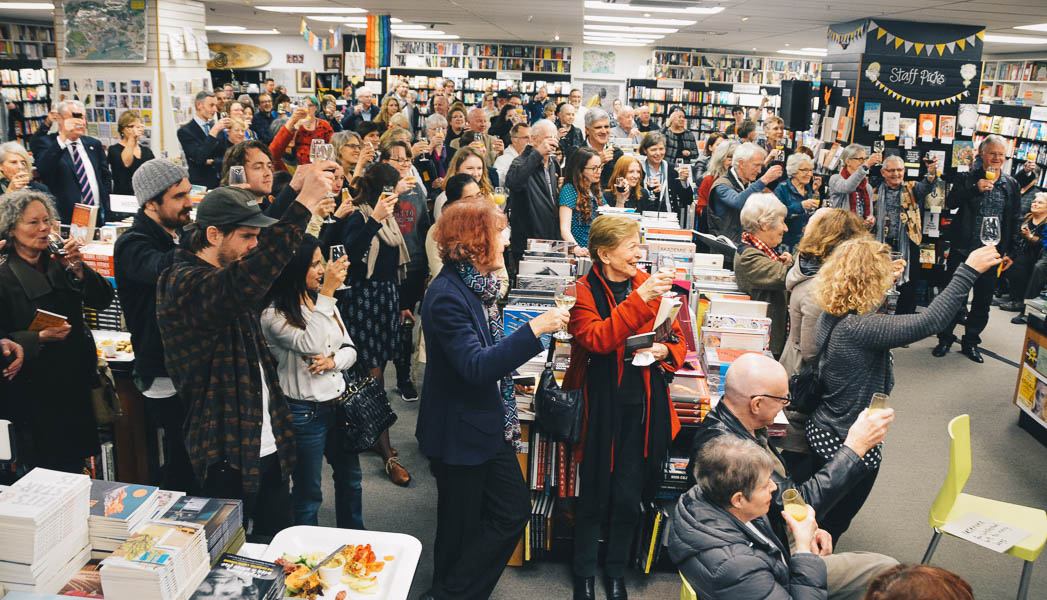 You can purchase a copy of Unity Books at 50 in-store or online here.