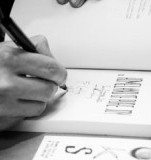 It was an evening of speeches, from the publishing collective’s representative Murdoch Stephens, through former Unity foot soldier William Dewey to a surprising lesson on haiku from symmetrically rhythmical Dick Whyte.

After feasting on artisan bread and home brew beer, everyone went home safe in the knowledge that there is more to haiku than a 5-7-5 structure.

William Dewey’s latest novel The Homeland of Pure Joy finds actor and émigré Parker Flynn on a Wellington misadventure to attempt to confirm the identity of an old flame.

Dick Whyte co-edits with Laurence Stacey a blog called Haiku news. Their Haiku News Anthology 2009-2011 is a collection of news and current affairs items given a personal and politicized slant in the Japanese poetic form of haiku.

Richard Meros’ latest book Easy Whistle Solo is promised to be as much a tale of revelation as it is a novel. When Meros meets the daughter of a woman who had consumed his love, he is thrust back into his compelling world of lust, confusion and absurdity.

The Photos below show the launch. Photography © M Starosta. 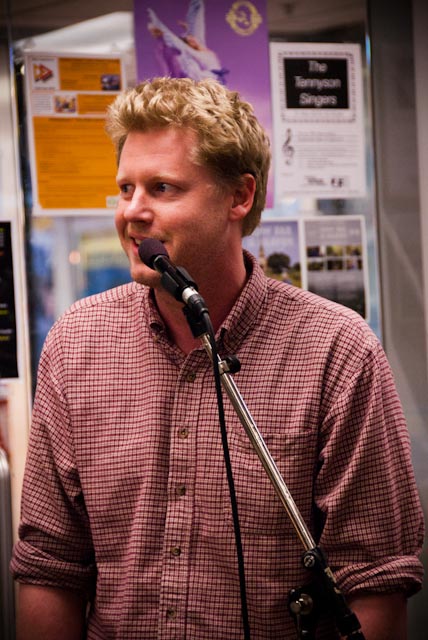 Our own Tobias Buck introducing the launch. © M Starosta 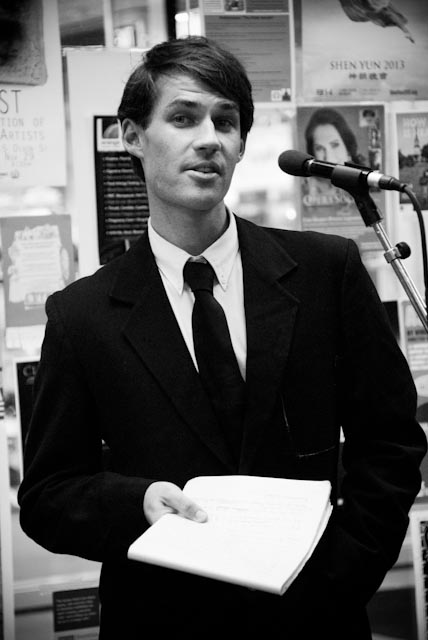 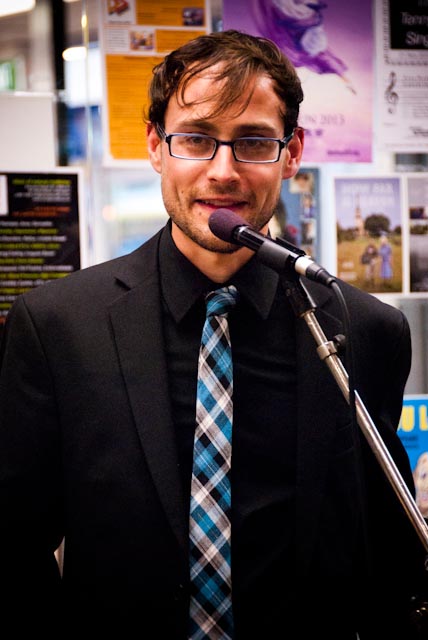 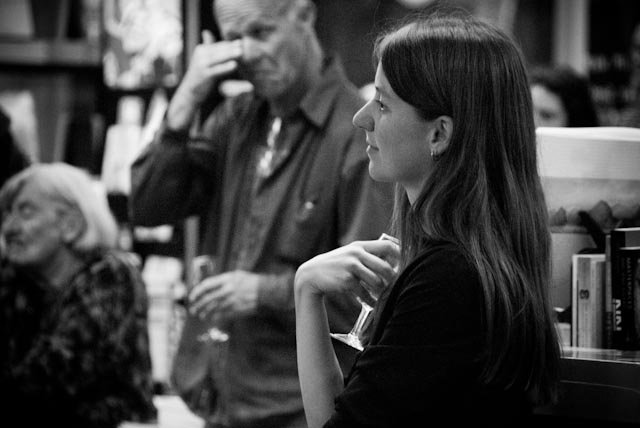 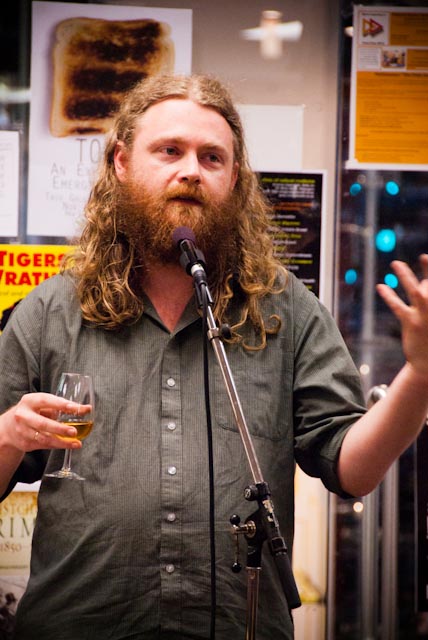 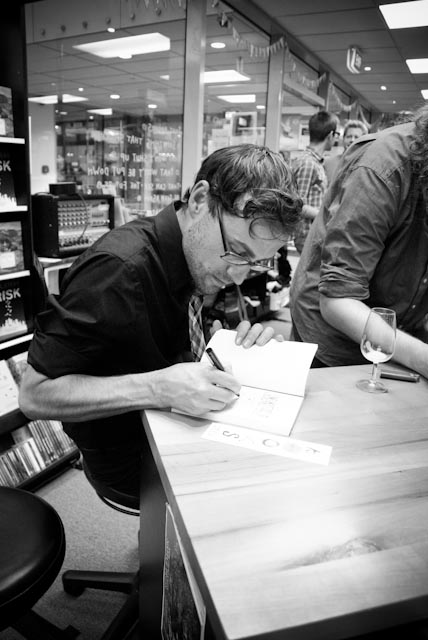 Will and Jenn Dewey. © M Starosta

Thanks Lawrence & Gibson for having the launch here at Unity Wellington – Much appreciated. We’re proud to support NZ literature.

You can buy The Homeland of Pure Joy HERE in our online store.