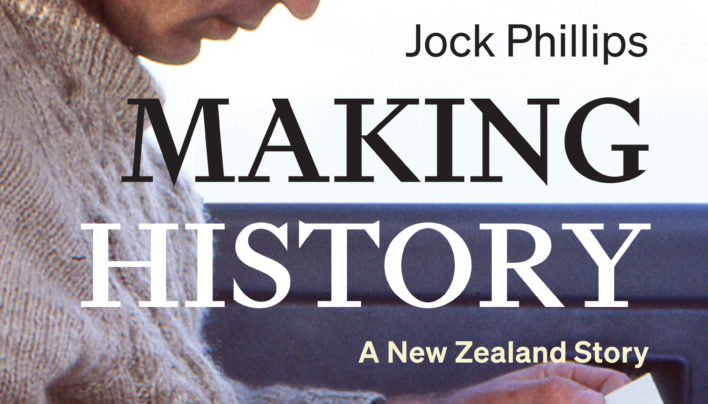 to be launched by Sir Geoffrey Palmer 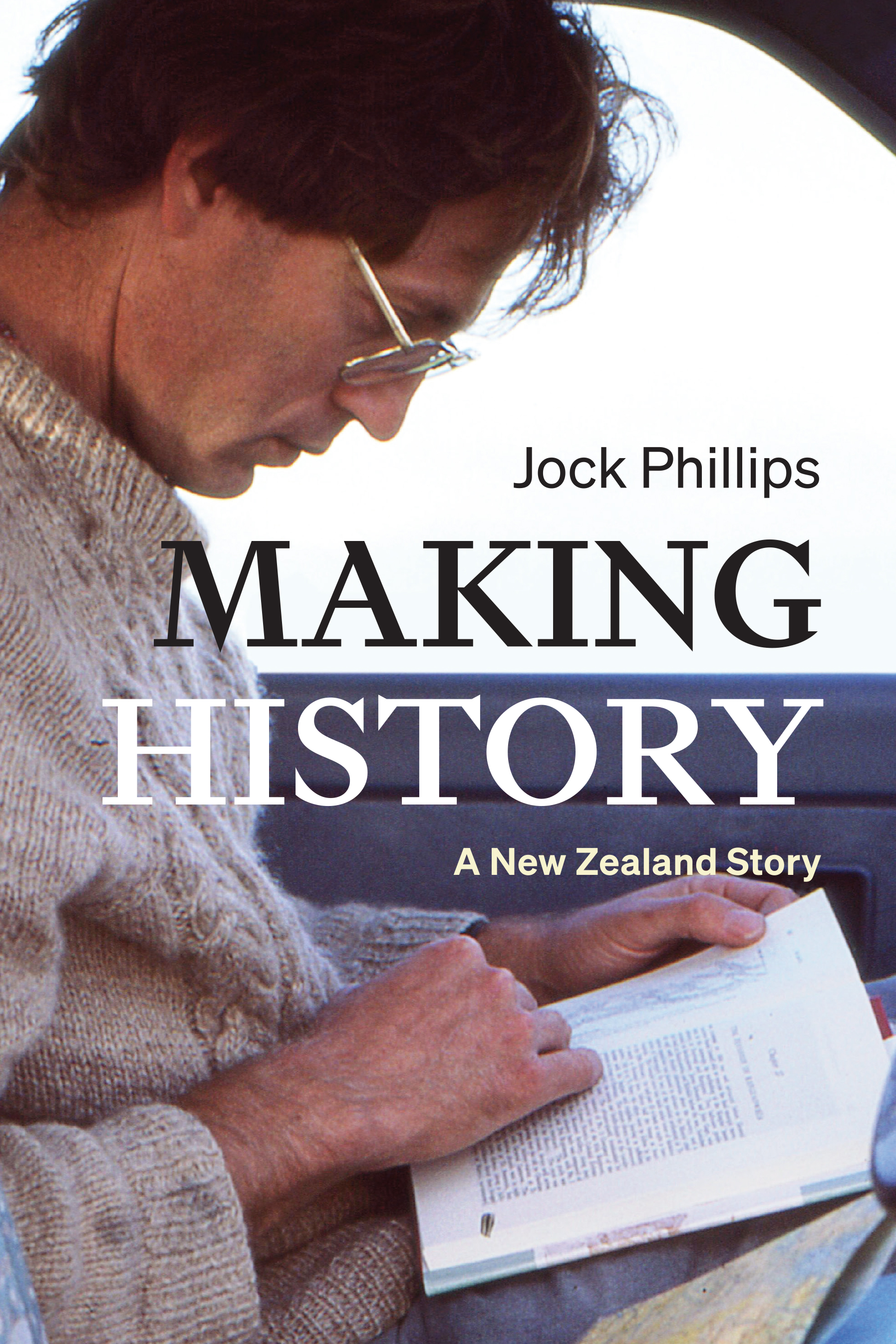 The story of one historian, and a country, awakening to New Zealand’s past.

‘Men no longer whisper “Revolution”, they shout it; and they no longer carry banners, but throw bricks’ – Letter home from Harvard, 1970.

Jock Phillips grew up in post-war Christchurch where history meant Ancient Greece and home was England. Over the last 50 years – through the Māori renaissance, the women’s movement, the rediscovery of ANZAC and more – Phillips has lived through a revolution in New Zealanders’ understanding of their identity. And from A Man’s Country to Te Ara, in popular writing, exhibitions, television and the internet, he played a key role in instigating that revolution. Making History tells the story of how Jock Phillips and other New Zealanders discovered this country’s past.

In this memoir, Phillips turns his deep historical skills on himself. How did the son of Anglophile parents, educated among the sons of Canterbury sheep farmers at Christ’s College, work out that the history of this country might have real value? From Harvard, Black Power and sexual politics in America, to challenging male culture in New Zealand in A Man’s Country, to engaging with Māori in Te Papa and Te Ara, Phillips revolted against his background and became a pioneering public historian, using new ways to communicate history to a broad audience.

Jock Phillips is a freelance professional historian. He was previously general editor of Te Ara, the Online Encyclopedia of New Zealand in the Ministry for Culture and Heritage. He has also been New Zealand’s Chief Historian, and taught American and New Zealand history at Victoria University of Wellington. He was the founding director of the Stout Research Centre for New Zealand Studies, and was the conceptual leader for the history exhibitions at Museum of New Zealand Te Papa Tongarewa. He has served on the board of the NZ-US Educational Foundation (Fulbright NZ), was an elected member of the council of Victoria University of Wellington, and a trustee of the New Zealand Portrait Gallery. He has published fifteen books on New Zealand history, of which the best known is A Man’s Country: The Image of the Pakeha Male – A History.