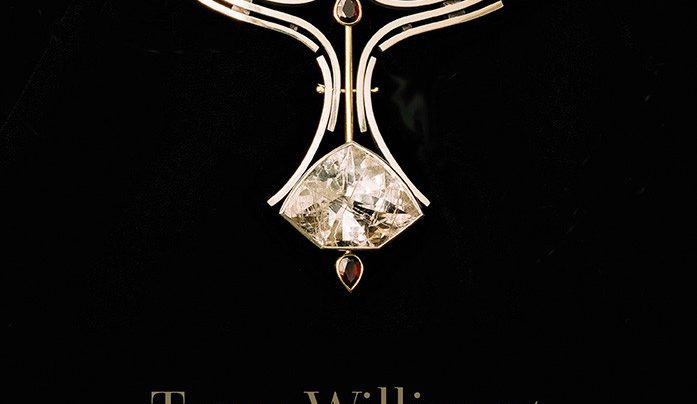 Join Unity Books & Potton & Burton for the launch of 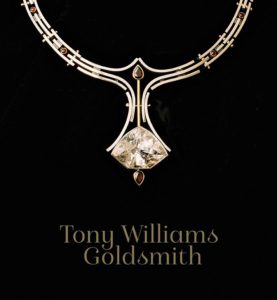 Published by Tony Williams Gallery in association with Potton & Burton

Arguably one of the finest jewellers and goldsmiths working in New Zealand, Tony Williams has both expanded and enhanced New Zealand jewellery-making over the past 40 years. From exquisite dragonfly brooches to a jewelled serpent eating its tail, from exotic butterflies to bold necklaces, elegant earrings and magnificent rings, here is an original artistic mind at work.

He has not pandered to fashions or trends and has not succumbed to the conventions of either ‘traditional jewellery’ or of ‘contemporary jewellery’. – Kobi Bosshard

Tony Williams Goldsmith explores the jeweller’s inspired career starting with his training in Birmingham and culminating with the triumph of his Dunedin-based gallery, and is graced throughout with images of Williams’ most stunning and unique pieces; pieces that reveal a playful, dazzling brilliance brought about by masterful craftsmanship.

The book features an insightful essay covering the arc of Williams’ career by award-winning novelist Emma Neale, along with an essay by art critic Rigel Sorzano. Also showcased are photographs of Williams’ specialist enamel work including a series capturing the making of an enamelled dragon brooch. Sumptuously illustrated, Tony Williams Goldsmith celebrates the creativity, skill and imaginative vision of an artisan who follows his own pathway.

Tony Williams trained at Birmingham School of Jewellery in the 1970s, graduating with honours. After working for leading jewellers in London, including two years with Andrew Grima, he returned to New Zealand and established his own jewellery workshop. By 1984 Tony Williams had an extensive client list and his work was exhibited in a range of New Zealand galleries and museums as well as selling in London at Asprey and Electrum Gallery. He later extended his market to Australia where he sold to a range of galleries and retailers. Over the course of his career Tony has trained two apprentices, employed several skilled craftsmen and established five workshops and two galleries. His work has been commissioned by leading Australian retailers and is held in a number of private collections.

Writer and editor, Emma Neale has published six novels and several volumes of poetry. She has received the Todd/ Creative New Zealand New Writer’s Bursary and the inaugural Janet Frame/NZSA Memorial Prize for Literature. She has held the Burns Fellowship at the University of Otago and her work has featured in all the significant New Zealand book awards. Emma lives in Dunedin with her husband and their two young children.

Art and craft historian Rigel Sorzano started out as a lawyer before studying 3D design and art history. She has written widely on New Zealand studio craft and design, and her writing has appeared in a number of art publications in New Zealand and overseas.