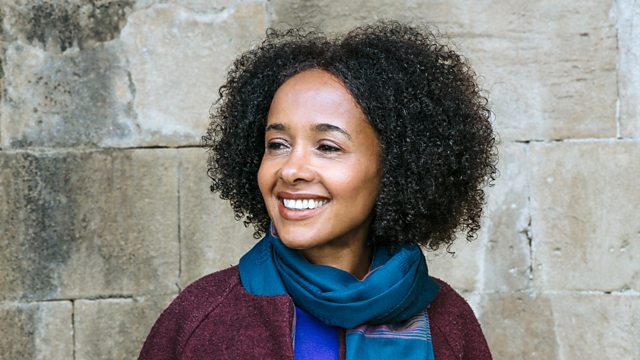 Longlisted nominee for the Women’s Prize for Fiction 2019 and author of Ordinary People, Diana Evans, was interviewed by Chloe at Unity Books in Auckland. Ordinary People tackles the quotidian encounters of two Black-British couples living in and on the outskirts of London. Sex lives deteriorate at the expense of offspring, disappointing adultery replaces tired fidelity, and motherhood manifests itself in jealousy and rage, all of which is set amidst a political backdrop of Obama’s election, the death of Michael Jackson, and the phenomenon of music. It’s a novel that immerses you in the architecture and fragility of love, and even has its own playlist.

What does a day in the life of Diana Evans look like?

Most days I’m up at seven, earlier if I’m fitting in yoga or a run before taking my son to school. I have a large breakfast before writing so that hunger doesn’t distract me, then spend four or five hours in my loft room working at whatever stage of a project I’m at, be it actual writing, composing or editing. When I’m in the thick of writing I aim for a thousand words a day, 600 at the very least. Sometimes I’m working on a piece of journalism or some teaching prep and have to break from a project for a few days, which always worries me! In the late afternoon I tend to do admin and deal with family matters, and in the evenings I like to read. Usually I’m reading about five books at once. I like to read poetry for fifteen minutes before writing. I never like to write on Saturdays.

What processes, habits or necessities do you have when sitting down for a day of writing?

A full stomach, a quiet mind, which a little poetry beforehand helps with. I like to write high up in a building rather than on the ground floor, unless I’m in some beautiful rural setting which is where writers’ retreats I’ve attended are usually situated; then it doesn’t really matter. I work on a computer that doesn’t connect to the internet, otherwise I feel like I’m writing in the middle of Victoria Station. I use a different computer for all internet related activities so that they stay in separate places. Sometimes I wear earplugs when writing as I like complete silence. After writing I usually need music to loosen up my brain cells.

What was the motive behind creating a playlist for Ordinary People, and entwining the relationships of your four central characters with celebrities and songs?

Music entered into the story and the writing quite naturally, with the party scene at the beginning, the dinner scene featuring the two couples. By Chapter 4 when John Legend’s Get Lifted album became the parallel for Michael’s romantic history and psychology, it was clear to me that music was a force of its own in the world of the novel. I like to use cultural icons and historic moments in my fiction in order to ground the narrative in something real and tangible. Barack Obama, Michael Jackson and John Legend all had a place in the story not necessarily because of their celebrity, but because of their relevance and meaning in the characters’ lives. The playlist itself was an idea that emerged in discussion with my publisher, who were fun and energetic enough to take it all the way – they even manufactured special limited edition Ordinary People earphones; I love them for it!

If you had to choose one of those songs to take as your Desert Island Disc, which one would it be and why?

That’s a very tough question. A toss between I Wayne’s Living In Love and Q-Tip’s Breathe And Stop. Probably the latter for its amazing bassline. I love dancing to that song.

The New Yorker’s review of Ordinary People says, ‘Evans’s characters are navigating milestones of contemporary blackness’. What milestones did you feel were specifically important to convey?

When Barack Obama was elected Preseident in 2008 I knew I wanted to mark that moment at the opening of a novel about Black-British Londoners. It needed to be documented in a way that could be read years into the future, evoking a memory of how it actually felt, the elation, the hope and empowerment, the anticlimax also and the messianic pressure placed on Obama because of being black. That itself is something that would have been felt and understood by my characters, even though they are British, it waould have been of personal significance to them. Similarly, the death of Michael Jackson the following year presented itself to me as something requiring a visceral documentation, the terrible sad demise of this giant of pop culture and black culture. It was tragic, and at the same time brought about a global celebration of the entirety of his contribution.

When you set out to write Ordinary People, did you have the novel that it turned into in mind?

Yes I did, but I didn’t know whether I would be able to achieve the vision I had in my mind. It seemed very daunting and almost intangible. For a while I think I was trying to write War & Peace, which is why it probably felt intangible! Some of the elements in the novel, such as the music and the Crystal Palace and the supernatural dimension to it, were not envisaged at the outset but gathered along the way. It was a question of getting everything to work wholistically, and that was extremely difficult. It was a huge relief when it all finally came together at around page 300 – that was a long time to wait for certainty.

What experiences as a woman of Nigerian and English descent living in London are shared with your four characters, if any?

I share traits with all the four characters, particularly Melissa and Damian, to a lesser extent Stephanie. The importance of Melissa’s Nigerian mother in her life is one of the most significant. My mother is a great source of reassurance and inspiration to me and she makes me feel closer to Nigeria, a country that is half of my blood. Whenever I visit Nigeria I always feel very at home there, even though I haven’t spent a lot of time there. This is because of my mother, her consistent connection to it despite time or geography and the way she’s passed that innate connection to her children by osmosis.

Congratulations on Ordinary People‘s place on the longlist for the Women’s Prize for Fiction! What did you do to celebrate?

Thank you! I had a reading to do that night at a literary festival but I slept in the next morning for hours and hours. Sleep is one of my favourite things. I woke up with warm and happy thoughts.

If there’s one book we should all read, what would it be and why?