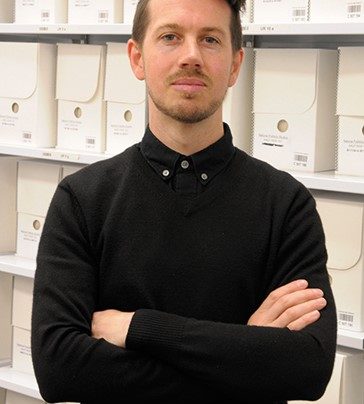 About the book
In 1918, from deep within the West Coast bush, a miner on the run from the military wrote a letter to his sweetheart. Two months later he was in jail. Like millions of others, his letter had been steamed open by a team of censors shrouded in secrecy. Using their confiscated mail as a starting point, Dead Letters: Censorship and subversion in New Zealand 1914–1920 reveals the remarkable stories of people caught in the web of wartime surveillance. Among them were a feisty German-born socialist, a Norwegian watersider, an affectionate Irish nationalist, a love-struck miner, an aspiring Maxim Gorky, a cross-dressing doctor, a nameless rural labourer, an avid letter writer with a hatred of war, and two mystical dairy farmers with a poetic bent. Military censorship within New Zealand meant that their letters were stopped, confiscated and filed away, sealed and unread for over 100 years. Until now. Intimate and engaging, this dramatic narrative weaves together the personal and political, bringing to light the reality of wartime censorship. In an age of growing state power, new forms of surveillance and control, and fragility of the right to privacy and freedom of opinion, Dead Letters is a startling reminder that we have been here before.

About the author
An archivist by day and labour historian by night, Jared Davidson is an award-winning writer based in Wellington, New Zealand. He is the author of Remains to Be Seen and Sewing Freedom, a curator of the exhibition He Tohu, and an active committee member of the Labour History Project. Through social biography and history from below, Jared explores the lives of people often overlooked by traditional histories – from working-class radicals of the early twentieth century to prison convicts of the nineteenth.

Nein! Standing Up to Hitler 1935 – 1944 by Paddy Ashdown. It’s an engaging book that races along with the stories of generals, spies and workers who tried to thwart the progress of Germany’s war—from sharing secrets with the enemy to plots to take out the führer. A review on The Guardian Books webpage prompted me to read this one.

I like narrative non-fiction writers who can weave together analysis and the lives of ordinary (or extraordinary) people into a gripping read—writers like Adam Hochschild, David Grann, Katherine Boo, Nathaniel Philbrick and Marcus Rediker. They have this knack of asking big questions and telling big stories through people’s experiences/life stories, and in a way that reads like good fiction. I’ve heard this type of narrative being described as ‘social biography’ and it is something I’ve tried to emulate in my own work.

I’m very lucky to have an amazing library interloan service where I work, so the books fly in and out pretty quickly! Right now there’s the classic Ideology and Popular Protest by George Rudé, The Adventures of Jonathan Dennis: Bicultural Film Archiving Practice in Aotearoa New Zealand by my friend Emma Jean Kelly, my Kobo, and a notebook. And various bookmarks I always neglect to use.

Is it a crime in Wellington to say I’m not a big film fan? Don’t really watch them. No time. But one DVD I owned for ages was The Grapes of Wrath—although the film adaption totally subverted the gut-wrenching ending of the book.

This is a three-way tie rather than one: Durruti in the Spanish Revolution by Abel Paz; Caliban and the Witch: Women, the Body and Primitive Accumulation by Silvia Federici; and The Many-Headed Hydra: Sailors, Slaves, Commoners, and the Hidden History of the Revolutionary Atlantic by Marcus Rediker and Peter Linebaugh. Durruti is a massive 800-page biography of a Spanish anarchist that, at the same time, portrays the twists and turns of the Spanish Revolution and the ordinary people who made it. Anything by the Marxist feminist Silvia Federici is amazing, but Caliban and the Witch opened my eyes to a hidden history of capitalism, work and gender that continues to ask questions of me. The Many-Headed Hydra is one of those books that has chapters you can dip into in any order, and never ceases to inspire in terms of technique and point-of-view (history from below).

I’m not sure if I can think of one (eek)—novels find it hard to push non-fiction off the bedside stool. Do characters in graphic novels count?

Moby Dick by Herman Melville. I know I should read it for its treatment of race and class, and I have a brand-new copy, but can’t bring myself to start it.

Marcus Rediker, because I’m a fanboy; Angela Davis, because of her amazing life of struggle; and Moana Jackson, because can you imagine how good the conversation between these three would be?

Well if the kids are home too it would have to be a ginger peanut curry with tofu, because that’s my go-to meal.

Mostly by content and by size. Fiction, then a heap of non-fiction with New Zealand history together—unless they don’t fit on a shelf together. Then it gets a little haywire.

Maybe that classic quote from The Making of the English Working Class by social historian E.P. Thompson: “I am seeking to rescue the poor stockinger, the Luddite cropper, the “obsolete” hand-loom weaver, the “Utopian” artisan, and even the deluded follower of Joanna Southcott, from the enormous condescension of posterity. Their crafts and traditions may have been dying. Their hostility to the new industrialism may have been backward-looking. Their communitarian ideals may have been fantasies. Their insurrectionary conspiracies may have been foolhardy. But they lived through these times of acute social disturbance, and we did not. Their aspirations were valid in terms of their own experience; and, if they were casualties of history, they remain, condemned in their own lives, as casualties.”

“Which is more important in fiction: to show the world as it is, or to explore the possibilities of how it might be?”

I think important books do both. Some of the radicals I’ve researched, members of the Industrial Workers of the World (or ‘wobblies’ as they were known), used to say: “we are forming the structure of the new society within the shell of the old.” Good books throw light on the past and present in order to open possibilities for the future.