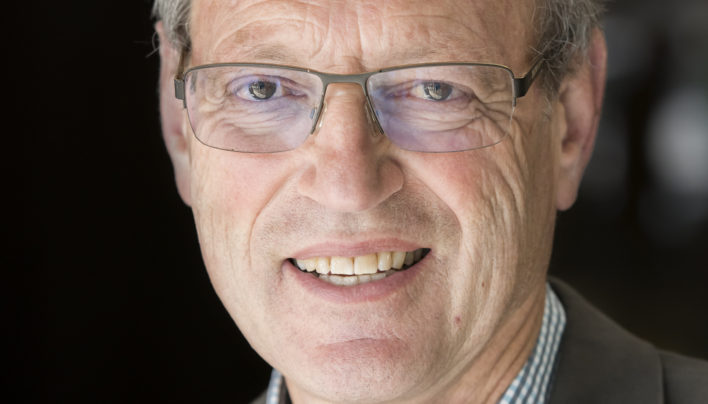 Jock Phillips shared some of his favourite books and authors with us. Current reads include the brand new Leading the Way: 100 Years of the Tararua Tramping Club by Shaun Barnett and Chris Maclean. Unity Books Wellington & Auckland University Press warmly invite you to celebrate the launch of Jock Phillips’ memoir ‘Making History: A New Zealand Story’, to be launched by Sir Geoffrey Palmer. 6-7:30pm Tuesday 18th June. All welcome.

ABOUT THE BOOK
The story of one historian, and a country, awakening to New Zealand’s past.

‘Men no longer whisper “Revolution”, they shout it; and they no longer carry banners, but throw bricks’ – Letter home from Harvard, 1970.

Jock Phillips grew up in post-war Christchurch where history meant Ancient Greece and home was England. Over the last 50 years – through the Māori renaissance, the women’s movement, the rediscovery of ANZAC and more – Phillips has lived through a revolution in New Zealanders’ understanding of their identity. And from A Man’s Country to Te Ara, in popular writing, exhibitions, television and the internet, he played a key role in instigating that revolution. Making History tells the story of how Jock Phillips and other New Zealanders discovered this country’s past.

In this memoir, Phillips turns his deep historical skills on himself. How did the son of Anglophile parents, educated among the sons of Canterbury sheep farmers at Christ’s College, work out that the history of this country might have real value? From Harvard, Black Power and sexual politics in America, to challenging male culture in New Zealand in A Man’s Country, to engaging with Māori in Te Papa and Te Ara, Phillips revolted against his background and became a pioneering public historian, using new ways to communicate history to a broad audience.

ABOUT THE AUTHOR
Jock Phillips is a freelance professional historian. He was previously general editor of Te Ara, the Online Encyclopedia of New Zealand in the Ministry for Culture and Heritage. He has also been New Zealand’s Chief Historian, and taught American and New Zealand history at Victoria University of Wellington. He was the founding director of the Stout Research Centre for New Zealand Studies, and was the conceptual leader for the history exhibitions at Museum of New Zealand Te Papa Tongarewa. He has served on the board of the NZ-US Educational Foundation (Fulbright NZ), was an elected member of the council of Victoria University of Wellington, and a trustee of the New Zealand Portrait Gallery. He has published fifteen books on New Zealand history, of which the best known is A Man’s Country: The Image of the Pakeha Male – A History.

I am currently reading a book by Russell Stone called As it Was: Growing Up in Grey Lynn and Ponsonby Between the Wars. At one level it is a memoir of Russell Stone’s childhood; but as a distinguished New Zealand historian he takes off from personal memories to explore the wider social meanings of his experiences. The result is the best ‘thick description’ of what life was actually like for a working-class person in New Zealand in the 1920s and 30s. There are fascinating sections about foods, housing, washing, religion, shopping, home entertainments, transport and so forth. I particularly enjoyed the way he captures the popular culture of the period – the comics, the children’s annuals, and the popular jargon. I discovered it because I was asked to review the book. The review will be suitably enthusiastic.

I particularly enjoy serious reflective and well-written non-fiction – such as books by Bruce Chatwin, or Tim Flannery or Simon Winchester. I enjoy exploring another culture in a very different environment.

The books on the table to be read next are Fiona Kidman’s This Mortal Boy (because I always enjoy her historical fiction), and a new work by my friends Chris Maclean and Shaun Barnett, Leading the Way, which is a history of the Tararua Tramping Club and a great successor to their wonderful book on tramping. Also on the table, since I have just finished them, is Carl Shuker’s The Mistake which I enjoyed for its portrayal of the Newtown/Mt Cook where I live, and Johann Hari’s Chasing the Scream about the war on drugs – essential reading for anyone who wants to vote intelligently in our forthcoming referendum about cannabis.

My favourite book of all time is Anna Karenina so I would have to go with one of the film versions. Tom Stoppard’s 2012 version is a good place to start.

To be honest because I am a New Zealand historian the book I have read most often is James Belich’s Making Peoples. I certainly do not agree with everything in it, but the book is so full of provocative ideas, hares worth chasing, that it often gives me a good place to start investigating things.

One of my favourite books is Tristram Shandy so I will have to go with Tristram himself. For a novel written at the very birth of the medium, the wit, challenging of time sequences, the inventive digressions of Tristram are remarkable and always enjoyable.

I don’t like very long books so for a long time I resisted reading Moby Dick. But recently I sat down and read it – and raced through. It tells you so much about the whaling culture of people who were among our earliest Pākehā; and it also gives you some fascinating information about whales on the side.

Since I am a New Zealand historian it would be good to feed three great New Zealand historians who went before – William Pember Reeves plus of course his wife Maud, who was a feminist and a Fabian; Keith Sinclair plus his distinguished historian wife Raewyn Dalziel; and Judith Binney with her devoted partner Sebastian Black.

Well for that group of course it would have to be good Kiwi fare – oysters to start, whitebait to follow, gently roasted lamb (a bit pink) with kūmara and New Zealand spinach, pavlova and hokey pokey ice-cream to finish – all washed down with a nice Sauvignon, although there would need to be a craft beer for Keith.

Since I love bifocals, ambivalences and contrasts, I could hardly do better than Charles Dickens in A Tale of Two Cities which obviously is still hugely relevant: