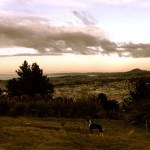 There’s something voyeuristically thrilling about knowing what other people’s reading habits are. The Reader is a brief interview inspired by the Proust Questionnaire, which was itself inspired by a 19th century party game. We ask readers, writers, publishers and book-lovers everywhere (including our own staff) to answer eleven questions about the books they love, what they have been reading and their literary habits.

I work at home, in Dunedin.  I take my dogs for a walk through the forest on Signal Hill for an hour or so first thing in the morning. I look at the view while they chase around, and then I come home and pretty much write until around 3pm. My latest novel Reach was published in October and at the moment I’m finishing up a book about New Zealand mountaineer, Lydia Bradey – the first woman to climb Everest without supplementary oxygen. It’s been a collaborative project and pretty interesting. Next I’ll write another novel — this time set in small-town Australia, in the 1960s.

I am reading James Robertson’s And the Land Lay Still. I am always attracted to titles and sentences that begin with ‘And’ — And death shall have no dominion, for example. I like the way those sentences sound — the contrast between the conviction of ‘And’ and the gentleness of the unfolding phrase. And the Land Lay Still is a terrific book, stories loosely arranged around a son writing a catalogue essay for his father’s photography exhibition. But really it’s a history of Scotland —the last 50 years. It’s a long book —over 600 pages — and it rises and falls. I like it a lot.

On the one hand I like a book that is a bit off-kilter in some way (Robert Walser, The Walk and other stories) but at other times I like something slow and fascinating, with sections that border on the dull and boring (diaries being a good example). The writers I always come back to are Joseph Roth, Joseph Conrad, Tolstoy, Chekhov, Musil….

WHAT IS YOUR FAVOURITE BOOK TO FILM ADAPTATION?

I guess the film that made the biggest impression on me was Sleeping Dogs. I was still in my teens when it came to Christchurch in the seventies and it blew my socks off. Then, of course, there was the Springbok tour and that was probably the first time I connected the dots between art and life — in a life imitating art kind of way. I didn’t read Smith’s Dream until I was in my thirties —which was kind of unfortunate as it didn’t have nearly the same impact on me as the film. I’d also just read Man Alone and for a while that was my ‘best New Zealand novel.’ The Australian movie, Wake in Fright,  would be a close second.

There are some books —  like Gilbert White’s Natural History of Selbourne, or Thoreau’s Walden that I re-read to quieten my brain. Nature writing and poetry would top that list.

Then there are books I re-read when I need help with a writing problem. The authors I find helpful are Tolstoy, Chekhov, Conrad, James Kelman, John Burnside, Sarah Hall, David Malouf… It could be I’m trying to capture an emotion (like anger or disdain or despair: Conrad, Kelman, Tolstoy) or I’m trying to write a ‘closed’ interior scene (Tolstoy, Malouf, Burnside) or I’m thinking about short stories (Hall) or character and pace (Chekhov)…I return to scenes that have stuck in my mind and study them.

Ulrich from Musil’s The Man Without Qualities.

WHAT BOOK HAVE YOU ALWAYS BEEN MEANING TO READ BUT STILL HAVEN’T GOT AROUND TO?

Sydney Bridge Upside Down, David Ballantyne. I heard Kate De Goldi talk about it recently and thought, ‘Yeah, I really should read that.’

WHICH THREE WRITERS WOULD YOU HAVE OVER FOR SUPPER?

Pip Adam, Lorry Patchett, Tina Makereti and David Fleming — because they are fantastic company and can talk about writing for hours on end.

When I was studying in Wellington we used to meet up for lunch, at a Hare Krishna café called ‘Higher Taste’, downstairs in the Old Bank Arcade. I’d like to go back there.

I try and keep them off the floor and away from the dogs.

I don’t have one — or rather, I can’t remember one. The phrase I overuse when I’m working is, ‘It will be okay’ — a sure sign that things are going very badly and that I have lost all hope.

Laurence Fearnley’s Reach is available now in store
and from our online shop HERE.

To view an archive of previous interviews, follow this link.