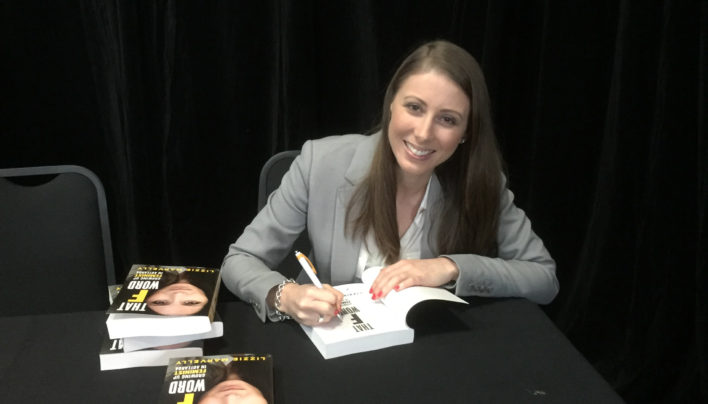 WHEN AND HOW DID YOU DISCOVER FEMINISM?

I discovered feminism when I was quite young, but I didn’t identify as a feminist until I was about 11. I
originally believed all of the negative things that I’d heard about feminism, but one of my teachers explained to me that it just meant a belief in the equal rights of the genders. I’ve proudly identified as a feminist ever since.

“I SHOULD SHOVE [MY] STUPID INCORRECT PREJUDICE OPINIONS UP [MY] GAPING C**T” – THIS IS JUST ONE EXAMPLE FROM THAT F WORD OF THE HORRIFIC ONLINE ABUSE YOU’VE BEEN SUBJECTED TO. WHAT GOES THROUGH YOUR MIND AND HOW DO YOU COPE WITH IT?

I’ve become more acclimatised to online abuse over the years, but when I first started writing my column it really affected me. I’ve slowly learnt coping strategies, including switching off and reaching out to my friends and family whenever I’m really struggling with it, but thankfully it’s been quite a while since I’ve been upset by something awful someone has said online.

WHAT DOES A TYPICAL DAY IN THE LIFE OF LIZZIE MARVELLY LOOK LIKE?

There really is no such thing. Some days I’ll be in the office at Villainesse, especially at the moment as we’re currently making a documentary. Other days I’ll be out and about speaking, organising events, shooting, travelling, or at home writing. I try to get to the gym at some stage no matter what I’m working on and I’ll often catch up with friends for dinner or a drink after work.

WHAT CHANGE(S) CAN NEW ZEALANDERS MAKE TO IMPROVE GENDER EQUALITY?

There are so many things! On a macro level, we should pay women equally, fix the justice system so that it works better for victims/survivors of sexual violence, and change the way the workplace is structured so that working parents aren’t penalised to begin with. On a micro level, we can gently call out our friends and whanau when they made sexist jokes, support each other as women, implement gender-blind hiring practices in our workplaces, stand up for women being abused on social media. Basically, we can improve gender equality by turning our feminism into action.

WHAT DID YOU GAIN FROM WRITING THAT F WORD?

I learnt an incredible amount during the process of writing the book, not only about the issues that I was
researching, but about the craft of writing and myself as a person. I will always be grateful to have had this amazing opportunity to write a book.

WHAT DO YOU THINK WE HAVE TO DO TO BE ABLE TO CALL OURSELVES FEMINIST?

We need to hold ourselves to account. We need to ensure that our beliefs are reflected in the way we act. There’s no one way to feminist, and there is very little that can’t be examined through a feminist lens.

WHAT BOOKS HAVE INFLUENCED YOU OVER THE YEARS AND WHY?

The books that probably influenced me the most were the Harry Potter books. I sometimes feel like people expect you to have a very high-brow answer to these sorts of questions, but I fell utterly head over heels in love with reading thanks to Harry, Hermione et al. Other books that have influenced me as a feminist include Shrill, A Room of One’s Own, The Colour Purple, and Manifesta among many others. Gloria Steinem’s writing had a big influence upon me too.