Interviews May 15, 2019 posted by Unity Wellington 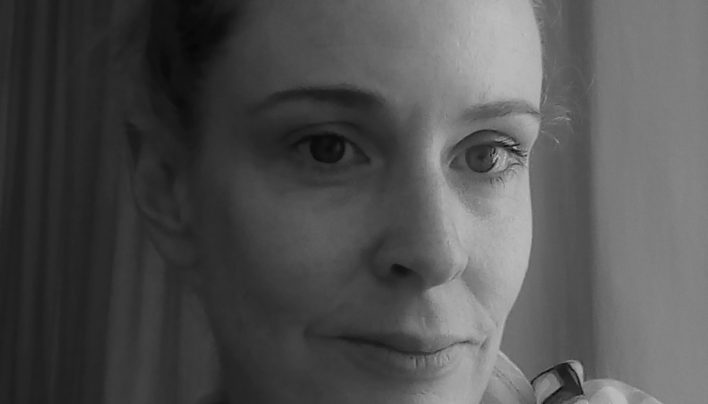 You may find both Claudia Rankine and Camille Rankine (unrelated) at Vana’s home but only one of them will get the chance to eat the delicious kleftiko. Meanwhile, in another part of the world, Yanis Varoufakis rides his Harley Davidson into the financial apocalypse. Join Unity Books and Seraph Press to celebrate the launch of ‘The Grief Almanac: A Sequel’ by Vana Manasiadis.
The book will be launched by Fiona Farrell and Susannah Poole. 6-7:30pm Tuesday 21st May 2019. All welcome.

tell me the truth: the energy goes somewhere

This bold hybrid of poetry, memoir, letter, essay and ekphrasis shows what alchemy can happen when pushing at the boundaries of what poetry is. Using strikingly unique forms and melding Greek with English, prose with poetry, and the past and present with fantasy and myth, The Grief Almanac: A Sequel defies conventions as it steers us over multiple terrains.

The grief of the title is the grief of memory, inevitability, and in particular the grief of, and for, a lost mother, but the result goes beyond eulogy. Wry revisions, elegy, and a kind of poetic archiving, point to co-existence and interconnectedness and culminate instead in a guidebook, a legend and expansive lament.

Ambitious and mesmerising, The Grief Almanac: A Sequel is a work that aims squarely for both head and heart.
​
The Grief Almanac is rich, brilliant, with a kind of texturing that feels to me like complex symphonic music. This is not a collection of poems in any conventional sense. It is a sustained work of immense, far reaching intellect. With the two languages at her disposal and the full force of a great mind and heart, Manasiadis lifts her mother up into the light. We see the mother and we see the daughter and the primal truth that lies at the heart of those tragedies and myths that have endured for centuries because they are profoundly true.
— Fiona Farrell

Vana Manasiadis is a Greek-New Zealand poet, translator and creative writing teacher who has been moving between Aotearoa and Greece, and is now living in Tāmaki Makaurau/Auckland. Her first collection, Ithaca Island Bay Leaves: A Mythistorima, was published by Seraph Press in 2009. She is the co-editor of the Seraph Press Translation Series, and was the editor and translator of Ναυάγια/Καταφύγια: Shipwrecks/Shelters: Six Contemporary Greek Poets (2016) and co-editor, with Maraea Rakuraku, of Tātai Whetū: Seven Māori Women Poets in Translation.

I’m reading the amazing Flights by Olga Tokarczuk, a present from my sister, Talking to my Daughter About the Economy by Yanis Varoufakis, who was the rock star Minister of Finance while we were living in Greece, and followed by a mob of fans as he got on his Harley a few feet away from us, (and also because he’s the next Solon), and Exit Theatre by Mike Lala, a super thrilling poetry collection I discovered at Curious Fox Books in Berlin last year, and finally reading.

I have a metaphorical bedside table which is a list of the books I want to read next, and three are already on my bedside floor.  Top two are our own poet-thinkers Helen Heath and Therese Lloyd (Are Friends Electric? and The Facts), poetry collections The Method by Rob Stanton, and An Ocean of Static by JR Carpenter.  I’ve just ordered Nishnaabeg writer Leanne Betasamosake Simpson’s The Accident of Being Lost, and Claudia Rankine’s Citizen is still on my bedside floor (thanks to Helen Rickerby) because I can’t bring myself to put it on the shelf yet.

I have to name a few! Great Expectations (1949), which I watched when I was about eight, and was the first that got under my skin, 90s fangirldom for Merchant Ivory flicks, most especially Howard’s End, (and also for Ethan Hawke’s very Gen X Hamlet), and most recently The Dreamed Ones (dir. Ruth Beckermann), a dramatisation of the letters poets Paul Celan and Ingeborg Bachmann sent to one another – super stripped-back and super beautiful.

Though I haven’t read this for a long time, I read Wuthering Heights a lot as a teen because I loved the weather and the fatalism (Wellingtonian), and also because I had a very big thing for the Brontё sisters.  Then I read and reread Jean Rhys’ Wide Sargasso Sea, which seemed the obvious next step.

I’ve played with this list for hours, and it’s clear I need a rule and my rule is nocturnal writers because we could argue and eat all night, and want to put off writing and not go to bed.  So I choose Camille Rankine and Kathryn Schulz, and then at 4am Haruki Murakami could pop by for his breakfast/our third supper and add something random and mysterious as the sun fires up.

I think something messy and to share, that we’d have to get our hands dirty to eat.  Maybe a kleftiko (which is something like a hangi  – lamb, potatoes, spices, herbs, peppers, tomatoes, olives, feta – wrapped and traditionally cooked in earth pits…so I guess I’d have to dig one), and hot bread to wipe the sauce off our chins. Then loukoumi.

There is absolutely no organisation, the less the better.

Memory is a tough place. You were there. If this is not the truth, it is also not a lie.