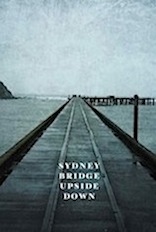 ‘There’ll always be accidents with you around.’

This sinister wee tale is mostly about the struggle of Harry Baird from Calliope Bay to save his pretty cousin Caroline from the attentions of Mr Wiggins the Butcher. But it’s also about adolescence, about the fierce desires that govern us, and the decisions that make us who we are. Here our narrator and protagonist is as chock full of destructive potential as Holden Caulfield in Catcher in the Rye or Frank in The Wasp Factory. David Ballantyne’s plot deftly unfolds as his misapprehensions and actions become increasingly dramatic.

As in Ronald Hugh Morrieson’s writing, there’s a particular sense of foreboding and uneasiness to the story that seems to come right of the hills where its set. This relationship between a realistic, recognisable New Zealand pastoral history and a dark history of violence and repressed desires is a rich creative vein for plenty of writers and filmmakers. As Kate de Goldi puts it in her excellent introduction to the novel ‘David Ballantyne confronts in a creative way some of the bloodier and more uncomfortable truths bubbling about in the New Zealand psyche while putting a torch to the usual romantic versions of our Kiwi rural history.’

The book might have been intended as the first part of a trilogy, but the fable-like world of Sydney Bridge Upside Down is so well laid out and the characterisation smart enough that this novel works well on its own. The conclusion benefits from a sense of the unknown, the incomplete.

Writer and journalist David Ballantyne achieved acclaim for The Cunninghams in 1948. Sydney Bridge Upside Down was written twenty years later and was number five of his eight novels. This reprinting by Text Publishing in Melbourne brings back to life a lesser known and a slightly more twisted take on the Kiwi rural dream. Not only is Sydney Bridge Upside Down a distinct icon of New Zealand’s distinct ‘butcher fiction’ tradition, it’s also that rare thing – a superbly-written dark gem with a completely believable New Zealand setting.

BUY Sydney Bridge Upside Down HERE IN OUR ONLINE STORE!

‘On First Looking Into Chapman’s Homer’ by Michael Parekowhai
BOOK LAUNCH: Other Animals by Therese Lloyd