Our write-up as best bookshop in the Listener. 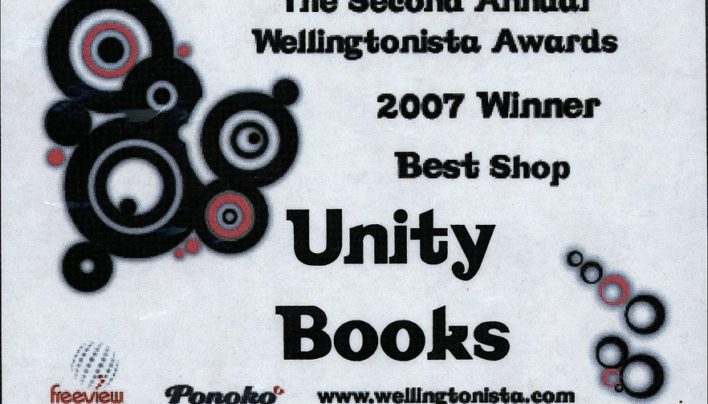 Unity Books was voted Best Shop by readers of the Wellingtonista website in 2007. 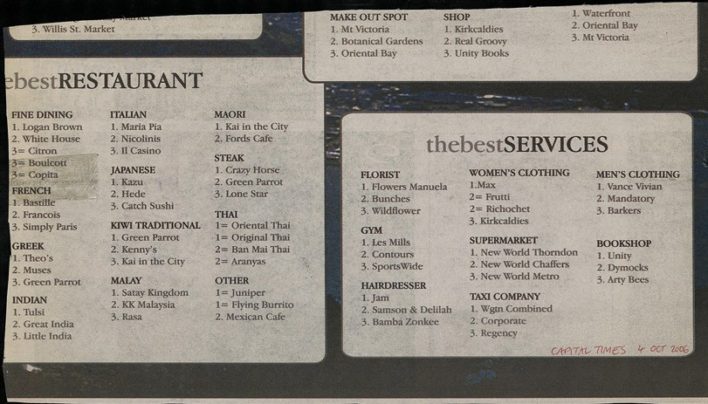 Readers of Capital Times nominated Unity Books as the Best Bookshop in Wellington for 2006. 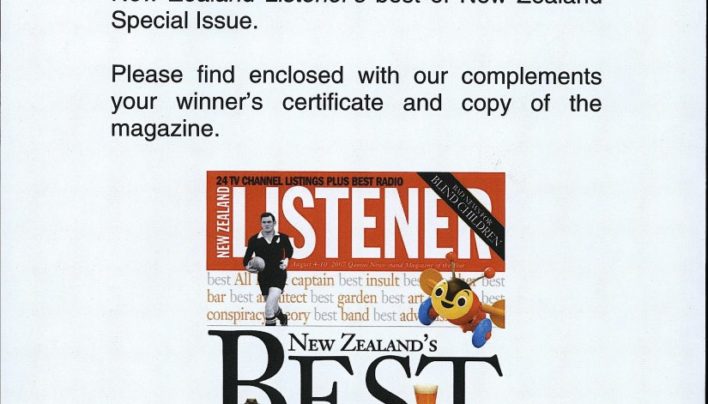 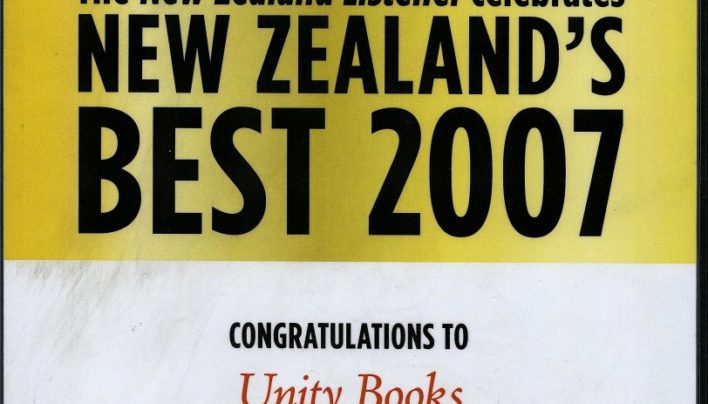 Our certificate recognising our win in the “Best of Wellington” Readers’ Survey 2006 carried out by Capital Times. 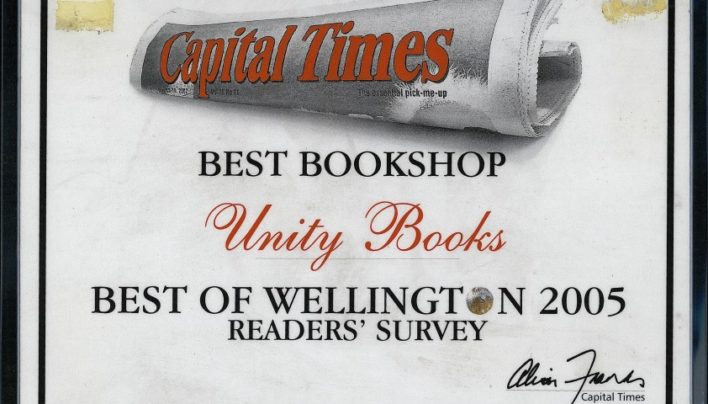 Unity Books was voted Best Bookshop of 2005 in the Capital Times “Best of Wellington” Readers’ Survey. 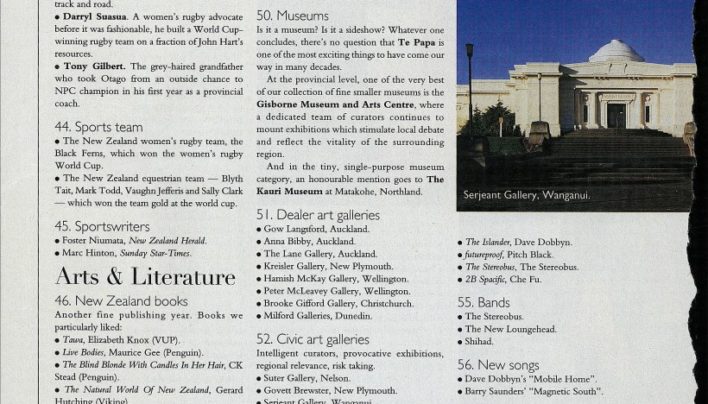 In North & South magazine’s annual poll, we shared the honour of being “Best Bookshop” with seven others, all great. 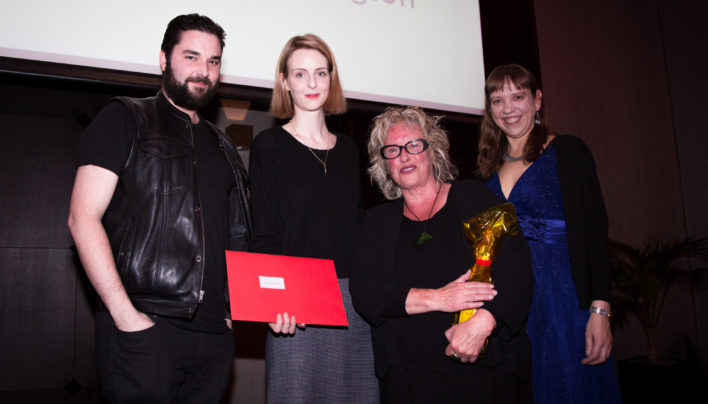 The Unity team at Booksellers Conference 2015, where we were awarded New Zealand Book Industry Bookshop of the Year 2015.