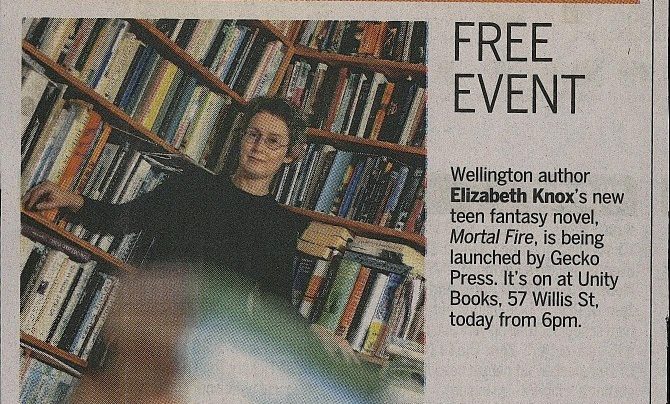 Capital Times published this notice about the launch of Mortal Fire by Elizabeth Knox (Gecko Press). 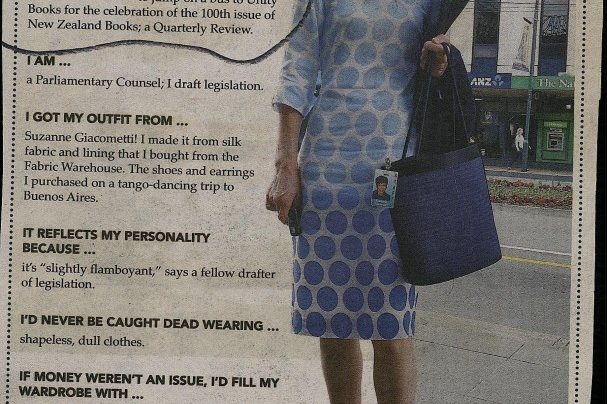 Suzanne Giacometti has impeccable taste in events, as evidenced by this Street Scene article. 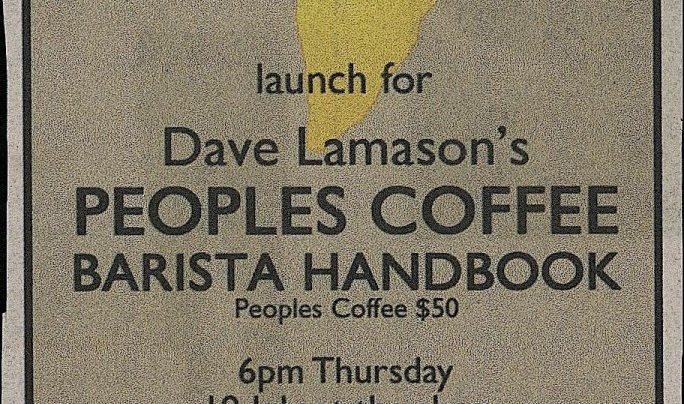 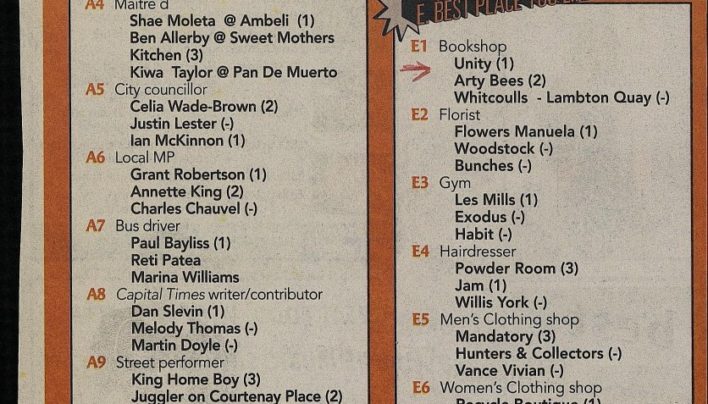 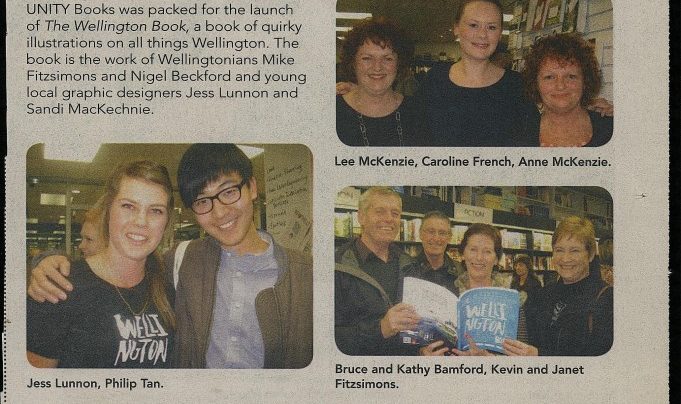 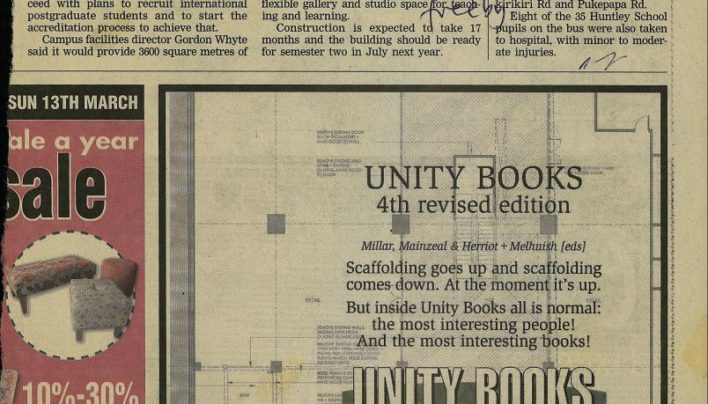 Unity Books traded through most of the months of renovation in 2011, but there was still a big “reveal” and party once the project was complete. 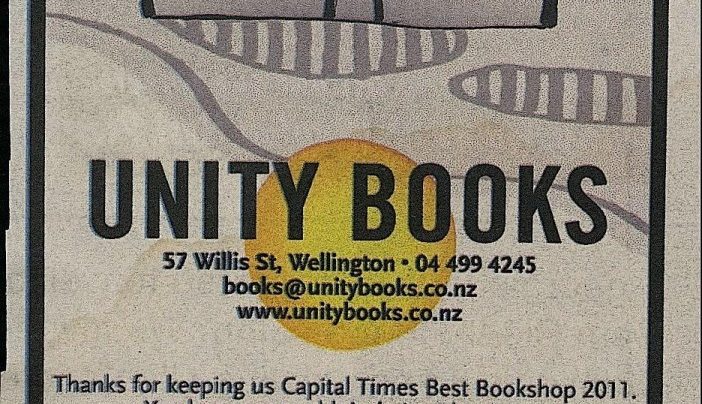 This advertisement in the Capital Times thanks its readers for continually rating Unity Books the Best Bookshop in Wellington. 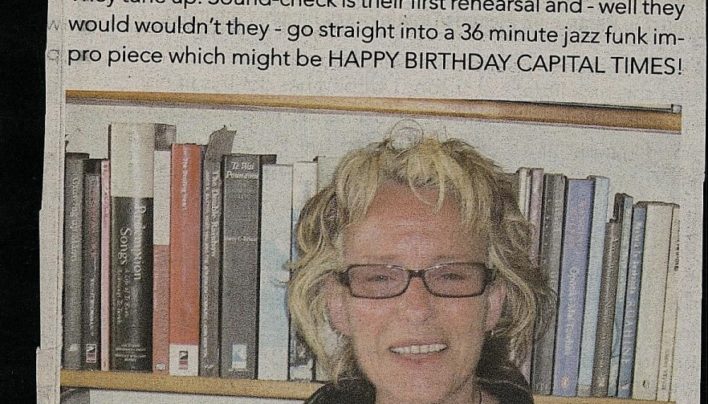 Tilly Lloyd imagines the birthday party she would throw for Capital Times, if it was a person. 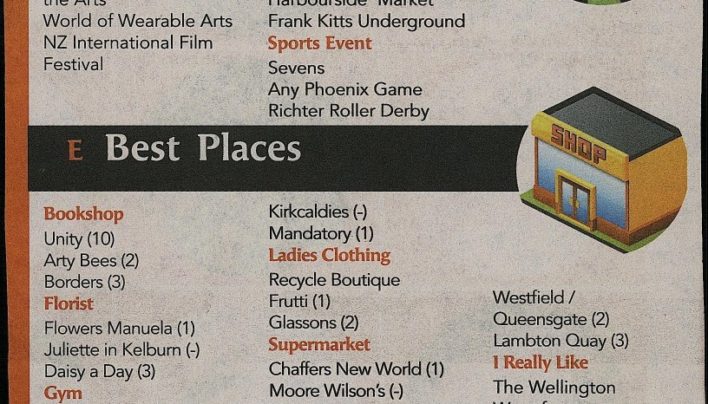 Readers of the Capital Times voted for Unity Books as Best Bookshop in Wellington. 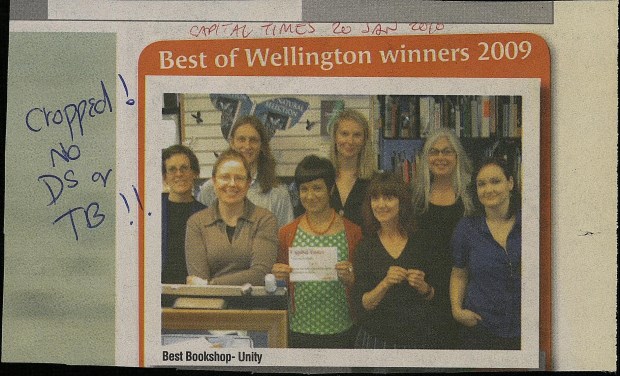 Capital Times published this photo of shop staff to accompany the announcement of their “Best Of Wellington 2009” winners.