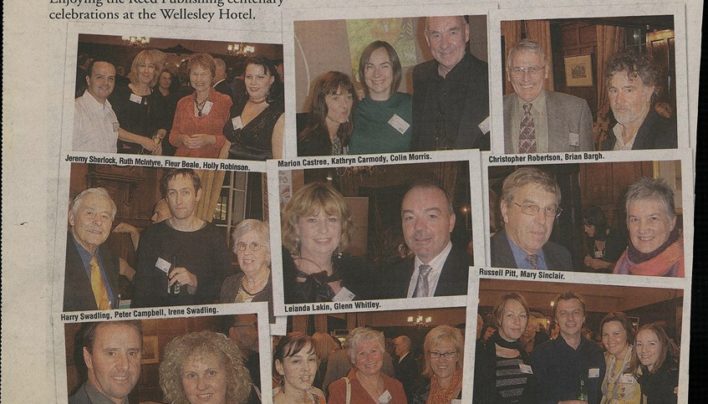 The terrible trio of Marion Castree, Kathryn Carmody and Colin Morris were among the publishers, reps, authors, booksellers and other hangers-on celebrating the centenary of Reed Publishing in these photographs… 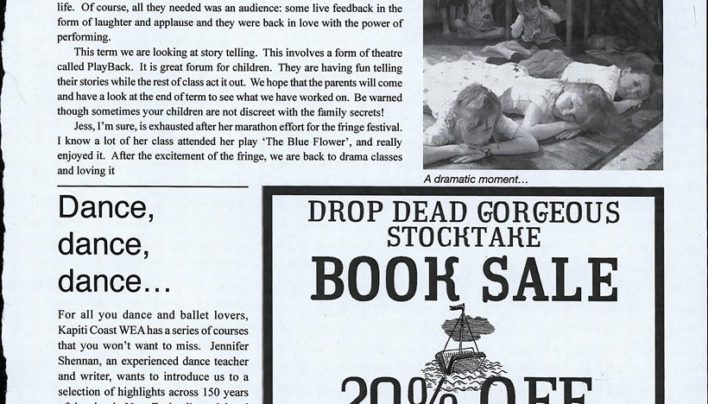 We had a 20%-off “drop dead gorgeous sale”, which ran for one weekend in March. 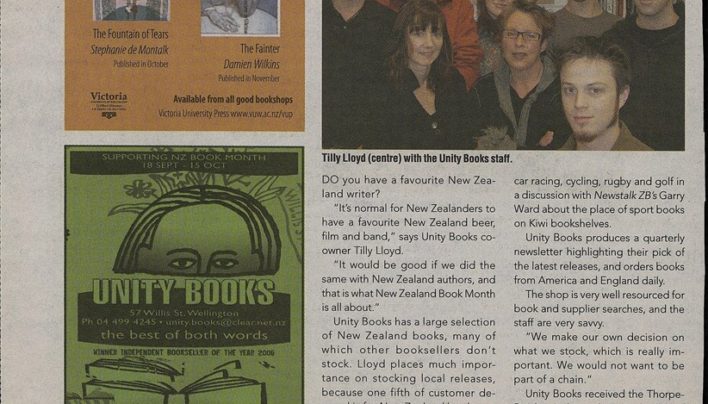 Our advertisement on the Book Month page of the Capital Times features a short advertorial about shop values and awards alongside our Gregory O’Brien-illustrated ad. 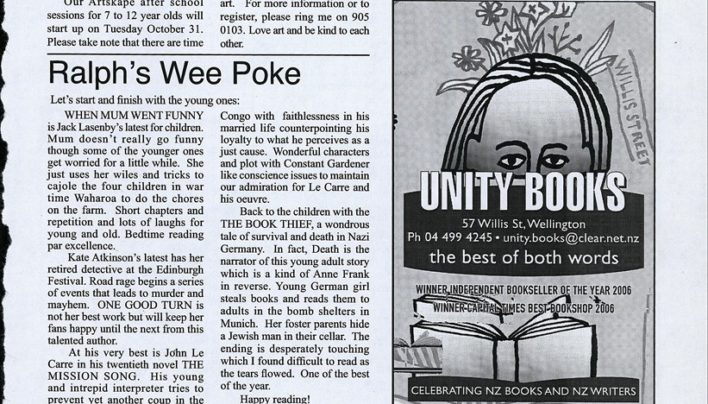 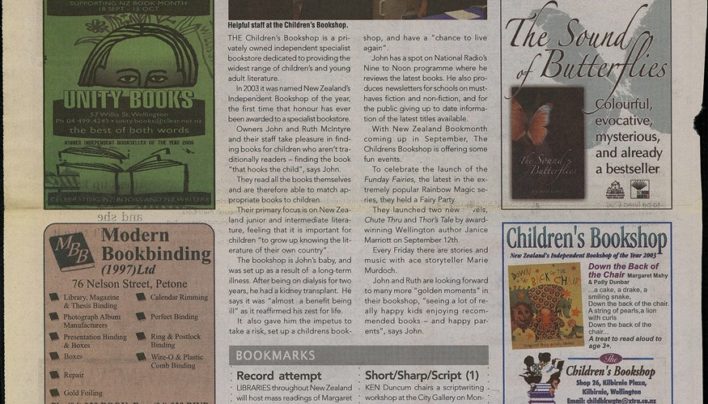 Our advertisement on the Book Month page of the Capital Times celebrates NZ Books and NZ Writers. 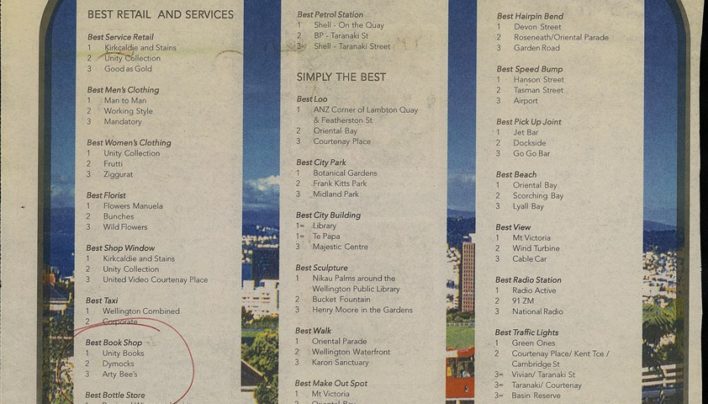 The “Best of Wellington” Award for Best Bookshop was awarded to Unity Books by readers of Capital Times.

Wellington: A Portrait of the Region Launch, 3rd August 2005

Photographs from the launch of Wellington: A Portrait of the Region by Graham Stewart (Grantham House) appeared in Capital Times.

Photos from the opening of Wednesday to Come by Renee at Downstage feature on the Capital Times social page.

The Heart Sutra by Caren Wilton (Otago University Press) was launched at Unity Books and photographs from the launch appeared on the social page in the Capital Times. 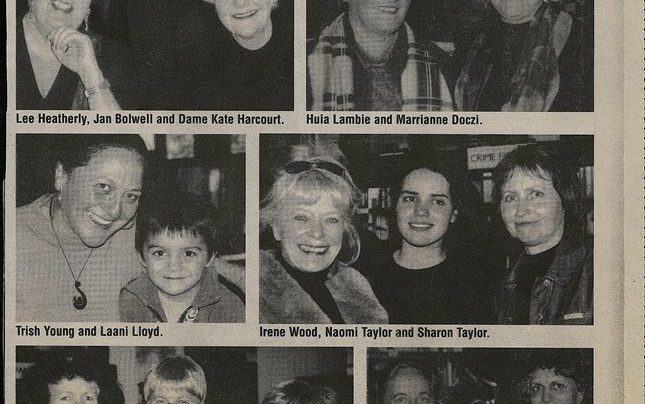 Skeleton Woman by Renee, published by Huia Publishing was launched at Unity Books and photos from the event appeared in the social column in the Capital Times.