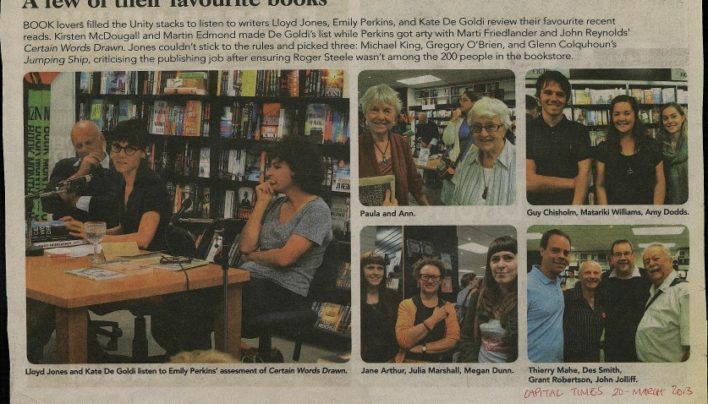 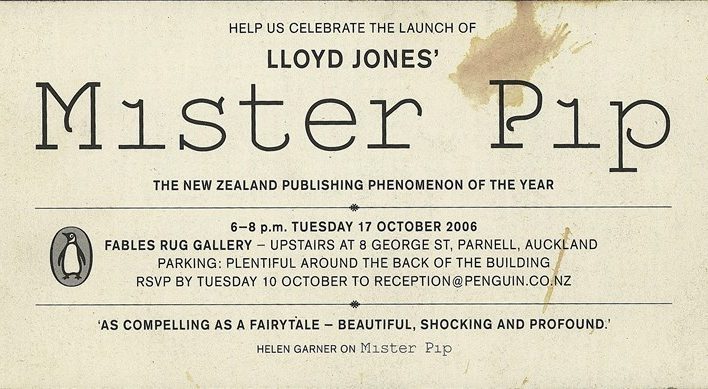 An invitation to the Auckland launch for Mister Pip by Lloyd Jones (Penguin Books). It was published to great acclaim, being shortlisted for the Man Booker Prize in 2007; winning… 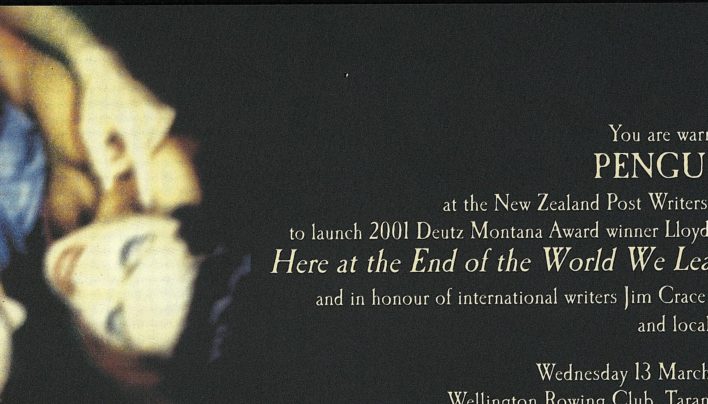 An invitation to the launch of Here at the End of the World We Learn to Dance by Lloyd Jones (Penguin Books). The launch was part of the larger “Penguin… 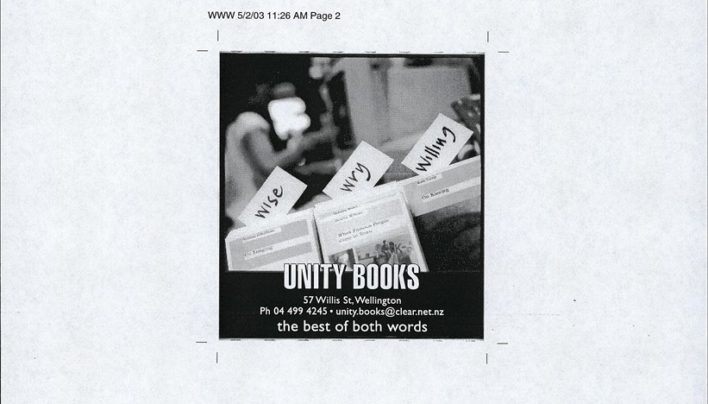 A photograph by Bruce Foster of the first few book-length essays published by Four Winds Press forms the basis for this advertisement. 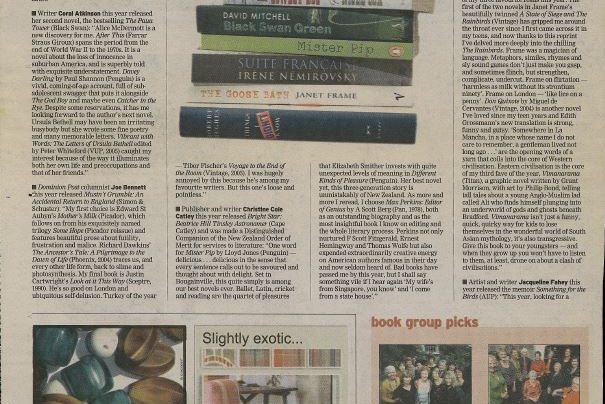 A range of writers, reviewers and publishers picked their books of the year for this feature in the Dominion Post. 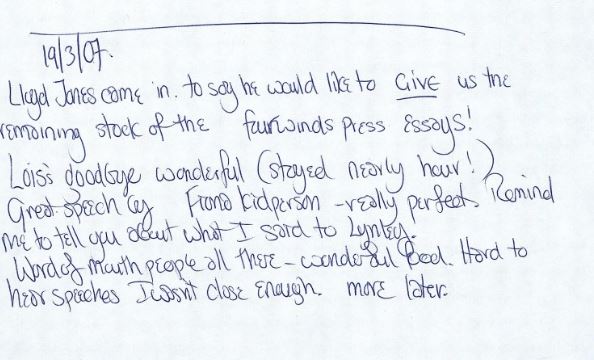 In the early-to-mid 2000’s Lloyd Jones published a number of pocket-sized books of essays by local writers under his “Four Winds Press” imprint. Here he offers Unity Books the remains… 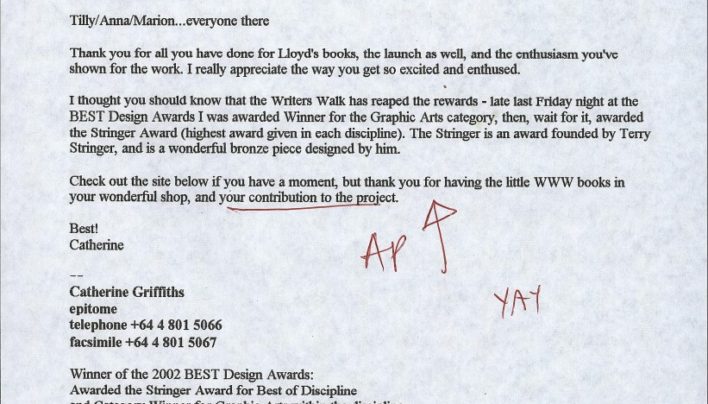 Catherine Griffiths emailed us to let us know that her sculptures for the Wellington Writers Work had earned her the Terry Stringer Award at the BEST Design Awards, and to… 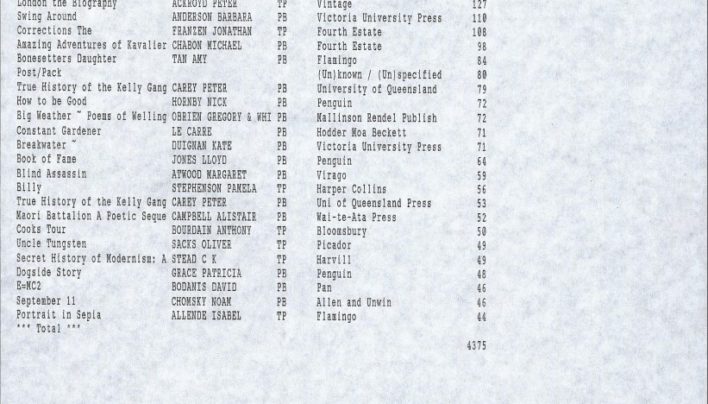 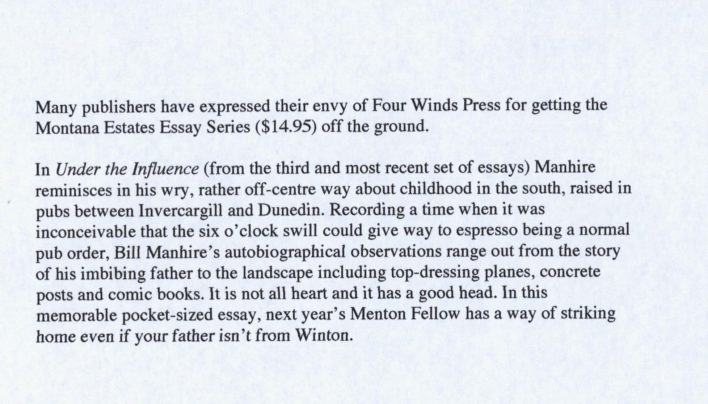 Tilly Lloyd wrote these reviews for the Sunday Star-Times. 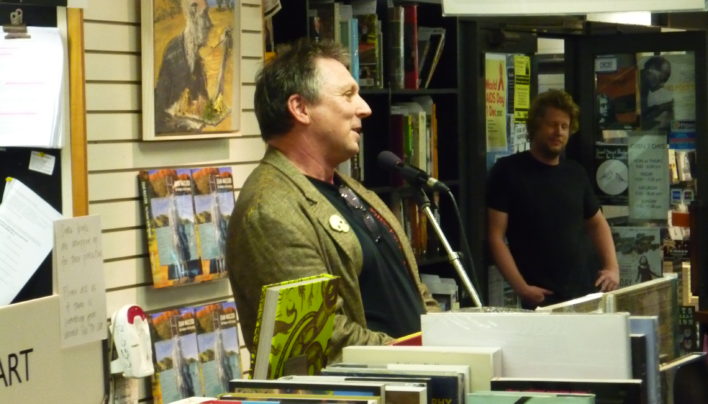 At the launch for Euan Macleod: The Painter in the Painting by Gregory O’Brien, published by Piper Press and launched at Unity Books by Lloyd Jones.