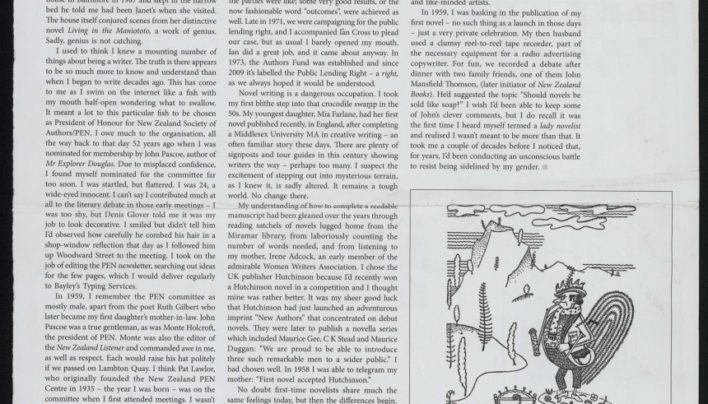 An extract from Marilyn Duckworth’s Janet Frame lecture, accompanied by an advertisement for the shop, in the Winter 2012 issue of New Zealand Books. 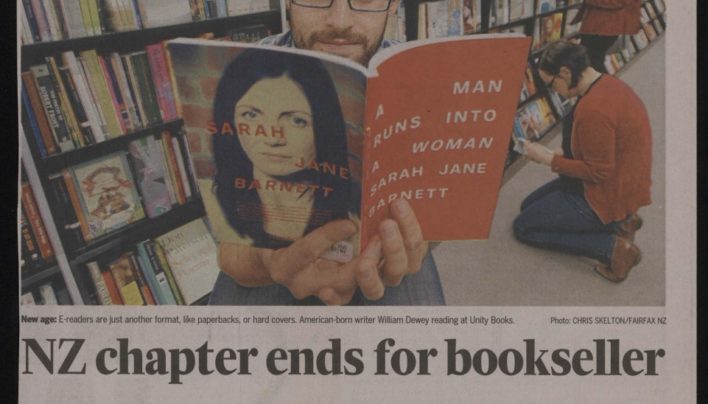 An article about the withdrawal of Dymocks booksellers from New Zealand. 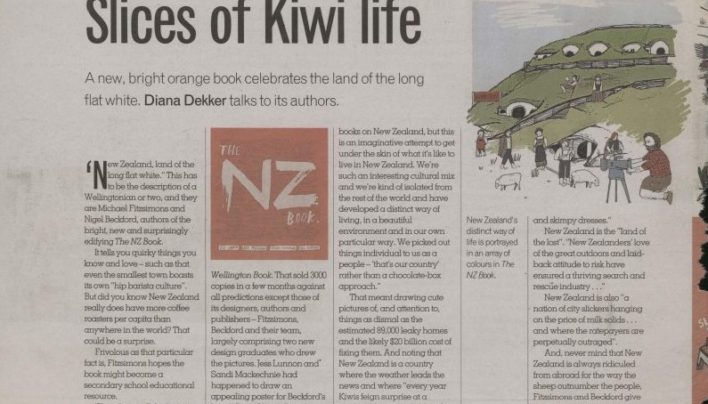 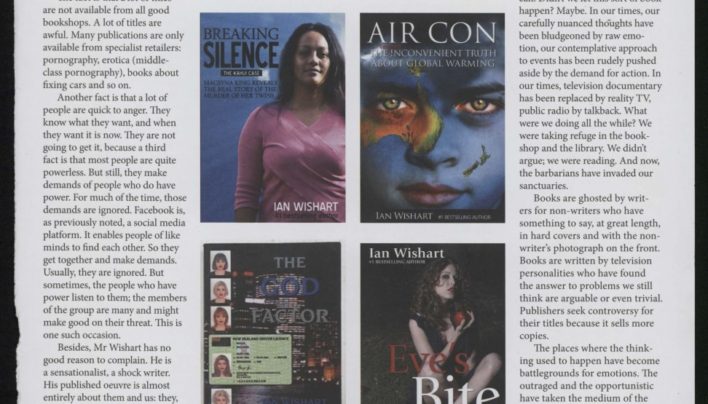 Articles about the controversy surrounding the publication of Breaking Silence: The Kahui Case by Ian Wishart (Howling at the Moon), which many bookshops declined to stock. 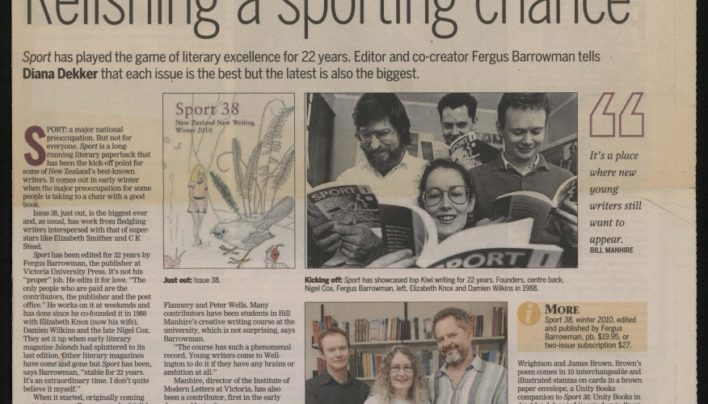 The Dominion Post reports on the 22nd year of Sport magazine. 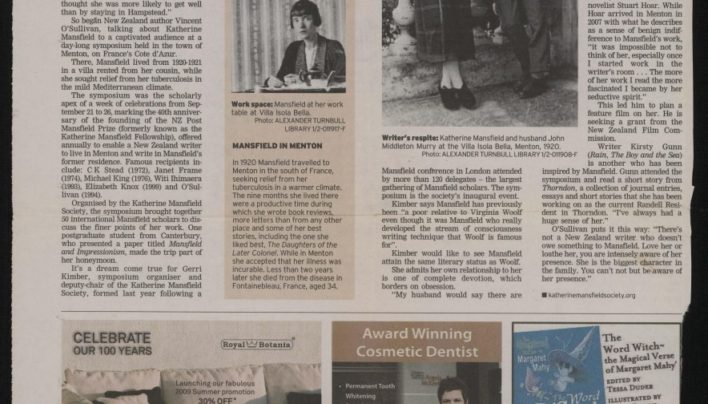 “Stepping out from behind Woolf’s skirts”, Dominion Post, 10th October 2009

An article about Katherine Mansfield and her legacy. 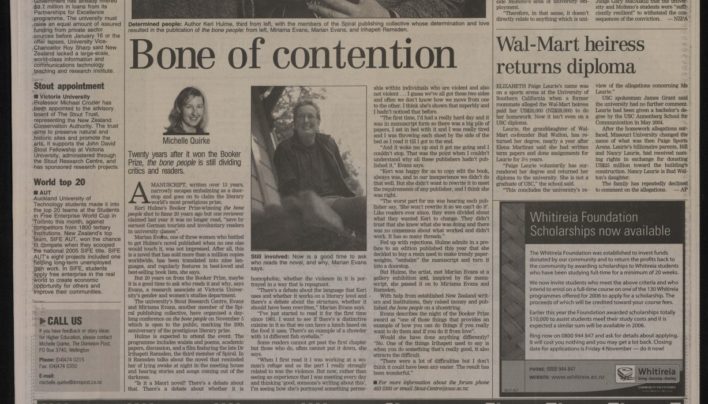 An article discussing the bone people by Keri Hulme – how it came to be published by The Spiral Collective after multiple rejections, the attention it garnered on being awarded… 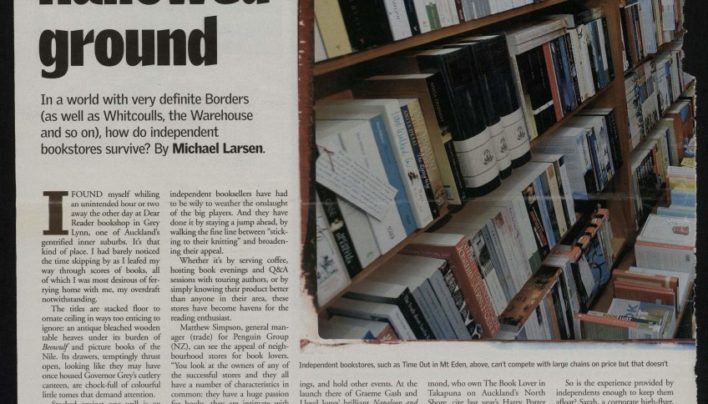 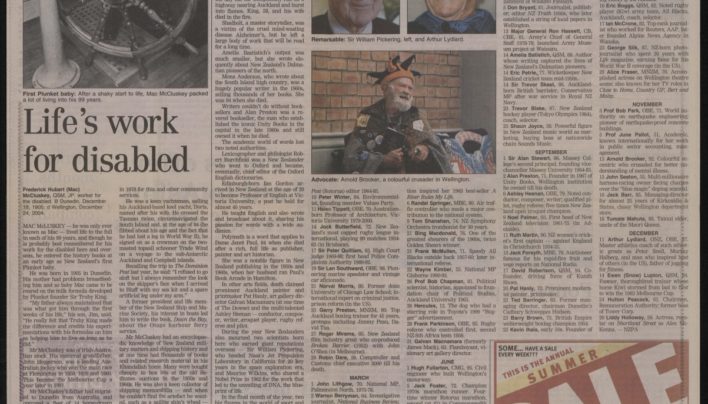 An article in the Dominion Post about the deaths of famous New Zealanders in the past year counts Janet Frame, Maurice Shadbolt and Michael King among the losses. 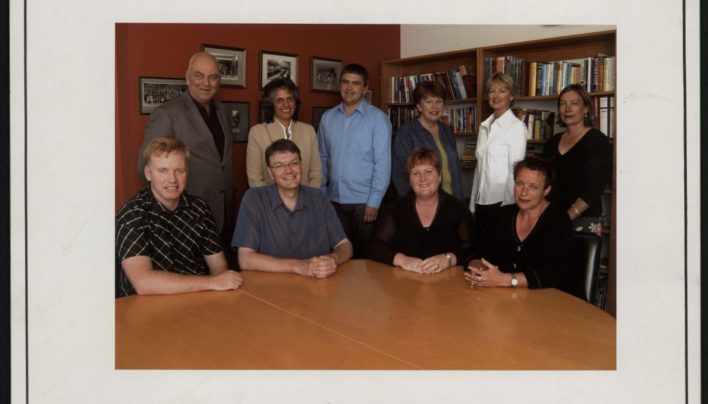 The Booksellers New Zealand board of directors 2004-2005