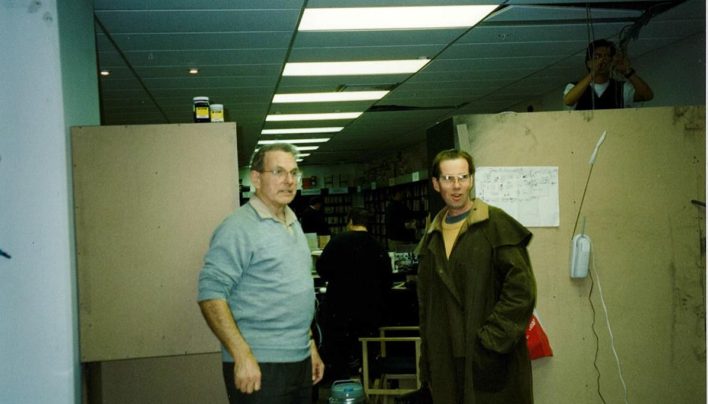 A note from Matthew Byrne wishing the team luck for the shift from Perrett’s Corner to 57 Willis Street. 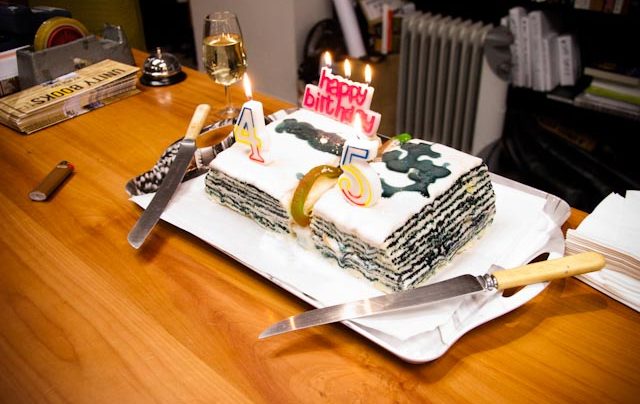 After the tills closed on our 45th Birthday Sale, the wine (and beer!) continued to flow. Tilly Lloyd gave a short speech (below) then opened the microphone to anyone who… 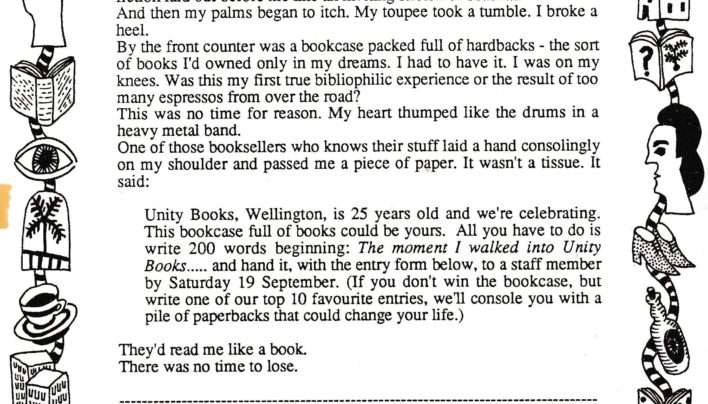 To celebrate 25 years of Unity Books, customers were invited to submit a short story beginning with the words: “The moment I walked into Unity Books…” in order to compete… 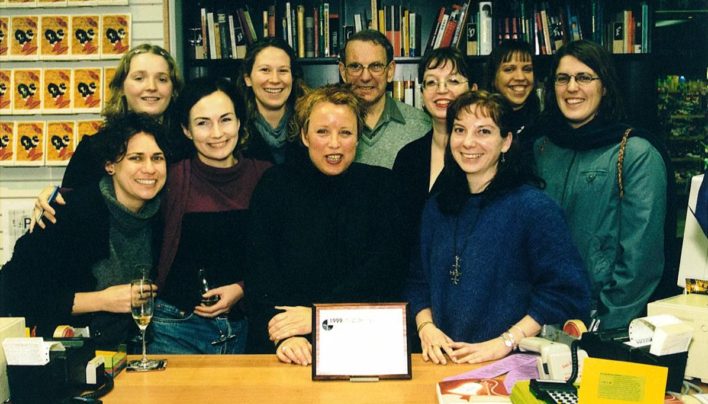 Bookseller of the Year Award, July 1999

In 1999 Unity Books Wellington was named Thorpe Bowker Bookseller of the Year. 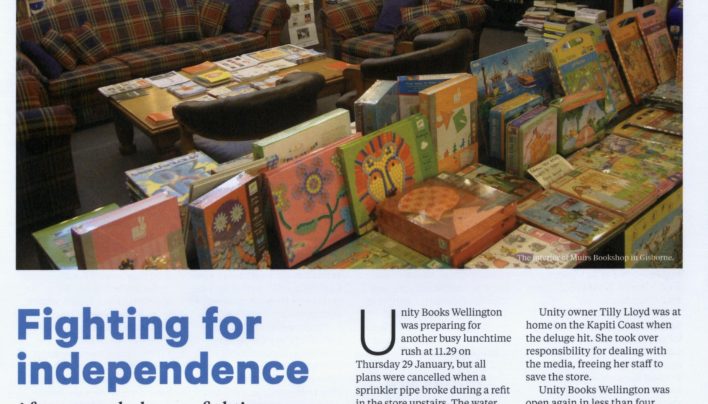 This article appeared in the April-May issue of Retail magazine: 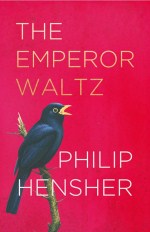 The Emperor Waltz by Philip Hensher

Follow the link to hear Tilly Lloyd’s Radio New Zealand review for The Emperor Waltz by Philip Hensher. http://www.radionz.co.nz/national/programmes/ninetonoon/audio/2602147/book-review-the-emperor-waltz The Emperor Waltz is available in store and from our online… 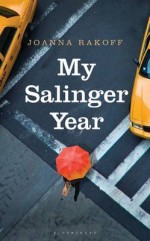 My Salinger Year by Joanna Rackoff

Follow the link to hear Tilly Lloyd’s Radio New Zealand review for My Salinger Year by Joanna Rackoff. http://www.radionz.co.nz/national/programmes/ninetonoon/audio/2598676/book-review-my-salinger-year My Salinger Year is available in store and from our online… 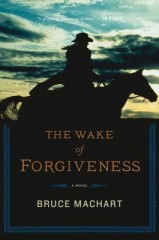 Wake Of Forgiveness by Bruce Machart

Wake Of Forgiveness Bruce Machart, Houghton Mifflin $30 On a moonless Texas night in 1895, an ambitious young landowner suffers the loss of “the only woman he’s ever been fond…