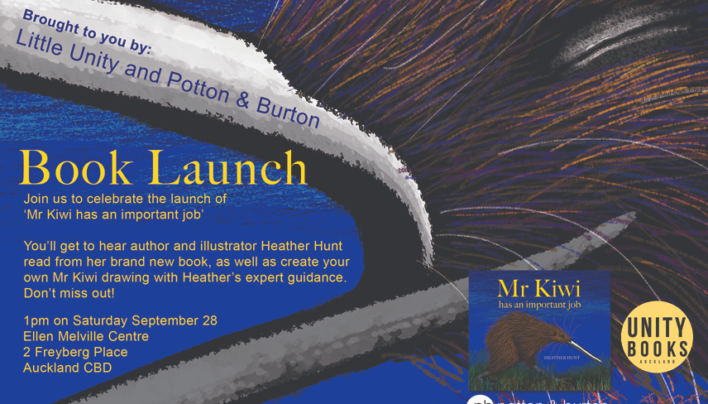 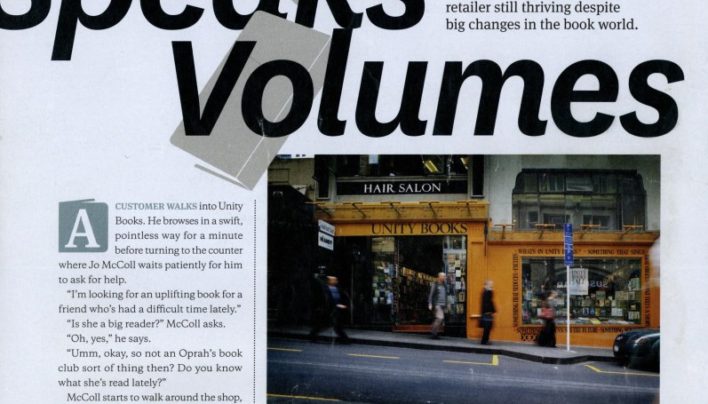 An article about Unity Auckland, published in Metro magazine just as the shop was celebrating 21 years in business. 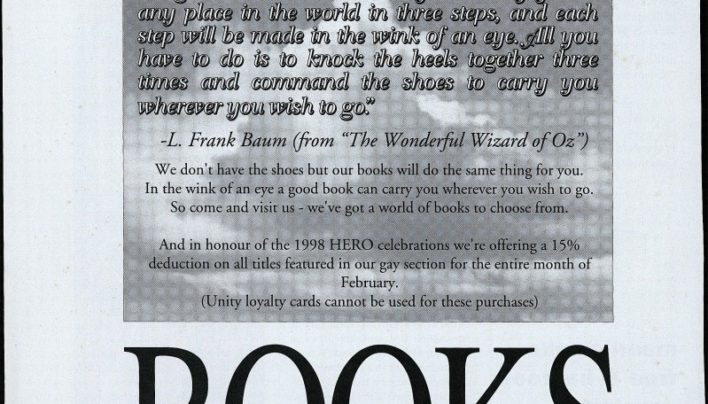 Unity Auckland placed this advertisement in the Hero Festival Programme in 1998. 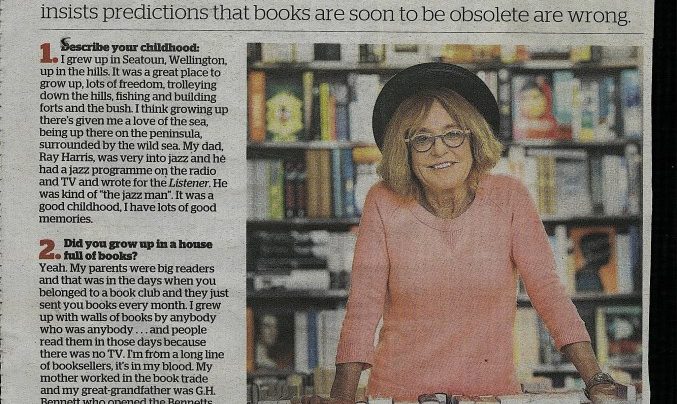 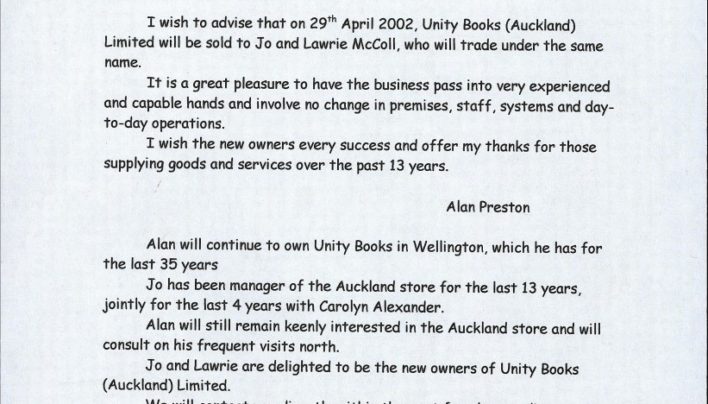 Alan Preston’s letter to suppliers and other contacts, letting them know that Unity Books Auckland has been purchased by Jo & Lawrie McColl. 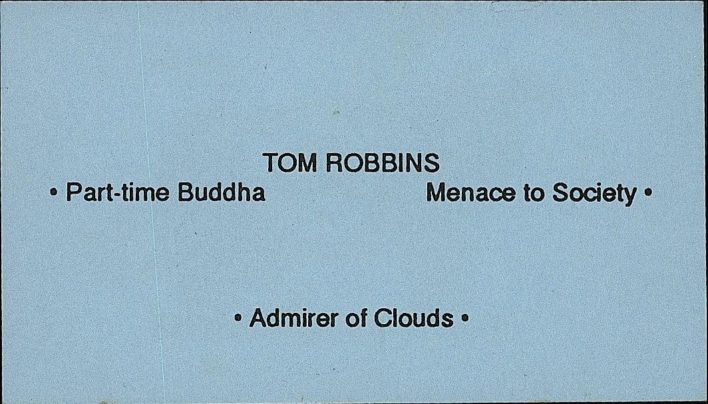 Tom Robbins visited both the Auckland and Wellington stores to promote his book Half Asleep in Frog Pajamas (Bantam). 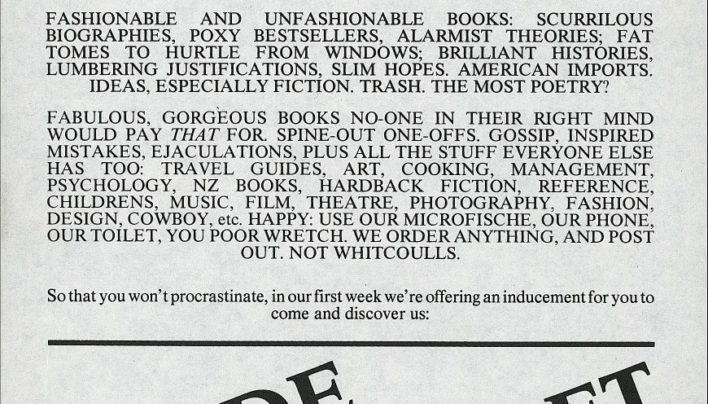 An advertisement for the opening of Unity Books Auckland. 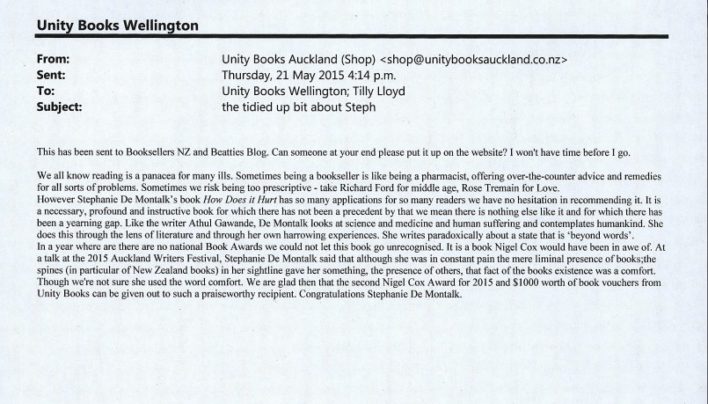 In 2015 there were no National NZ Book Awards, so the Nigel Cox Award took on a new urgency. Unity Books awarded Stephanie De Montalk the Award and $1000 worth… 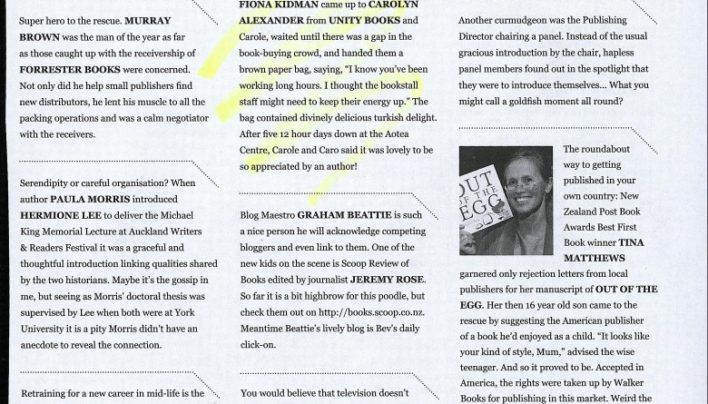