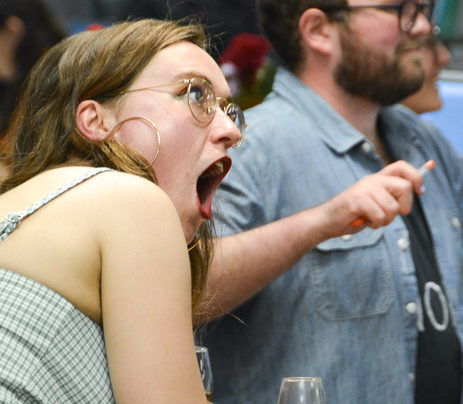 The first Unity Books event of the 2020 season got us off to a banging start with a shop full to bursting. The beer ran dry before the speeches had begun and the wine soon followed, with both books featuring in the double launch event selling out on the night. The titles in question, Head Girl by Freya Daly Sadgrove and 2000ft Above Worry Level by Eamonn Marra, came highly recommended, with acclaimed authors Hera Lindsay Bird and Annaleese Jochems turning out to sing the praises of their freshly published contemporaries and officially launch the books. Author and editor Ashleigh Young was on hand to represent publisher Victoria University Press. Freya and Eamonn admitted they had met to discuss their approach to launch speeches but had just ended up drinking a bottle of wine. Consequently Freya’s thoughts were delivered from the back of a MacDonald’s receipt and Eamonn’s notes were put down an hour previously in the pub. Never-the-less, heartfelt thanks and readings from both authors left the attendees ready to queue long into the night to have their books signed by Wellingtons freshest literary sensations. 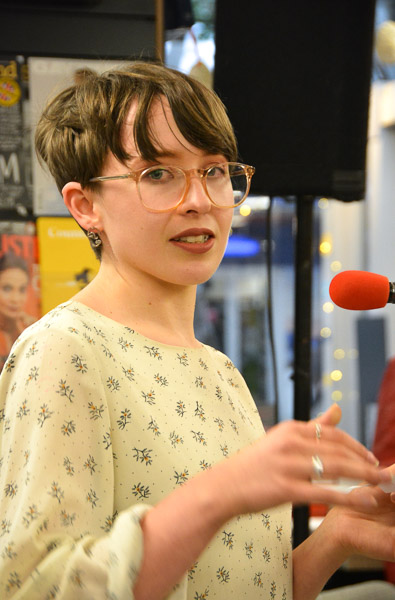 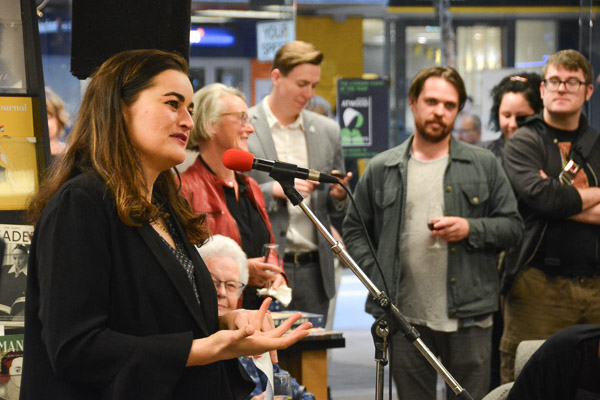 Editor Ashleigh Young, evoking a VUP in joke, introduced both authors as ‘heroes for our time’ 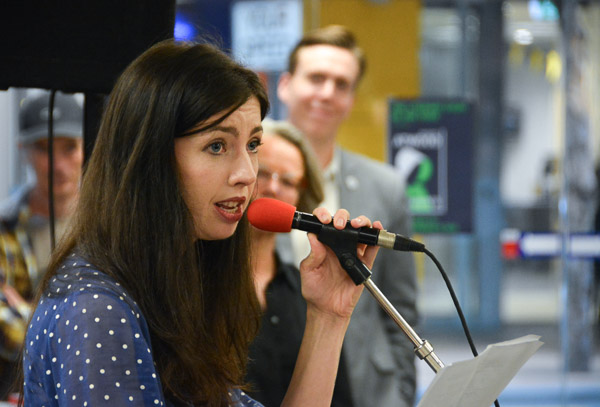 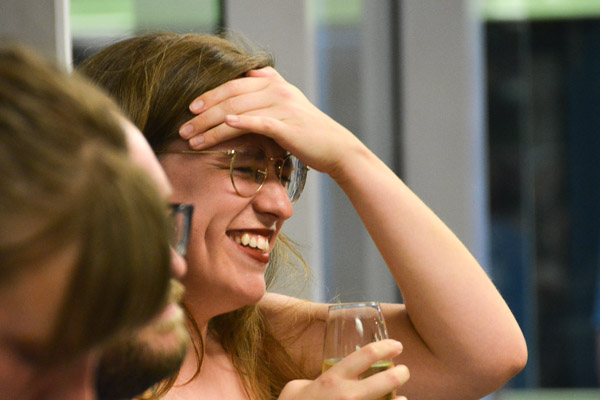 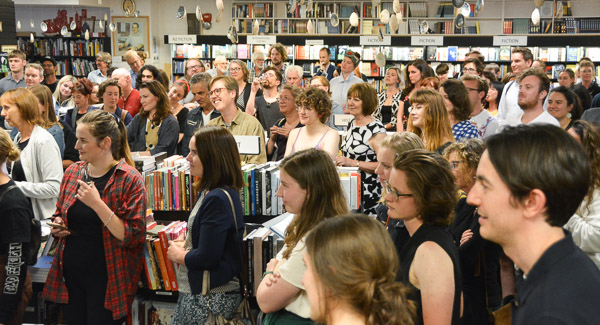 In a straight up challenge to the air conditioning system, Unity was full corner to corner 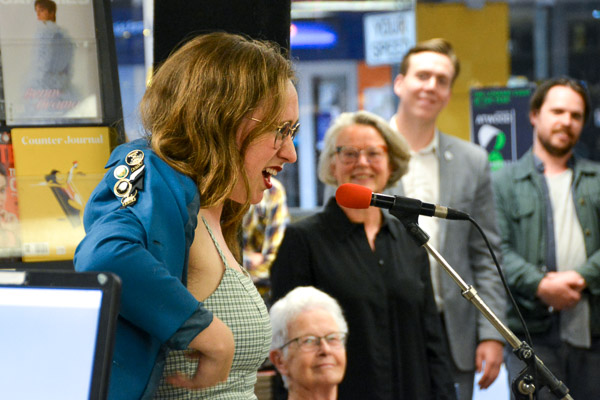 If the blazer fits… 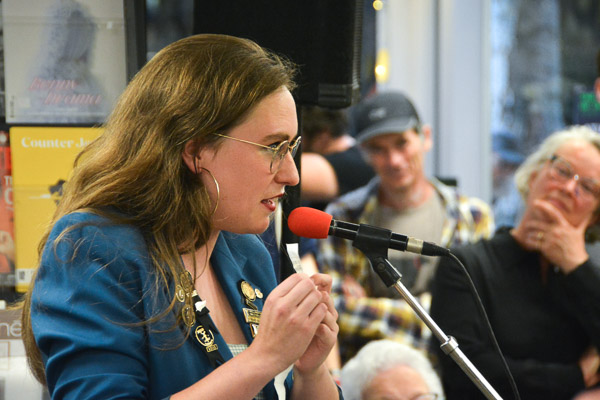 Head Girl Freya, wrote her speech on the back of a MacDonald’s receipt 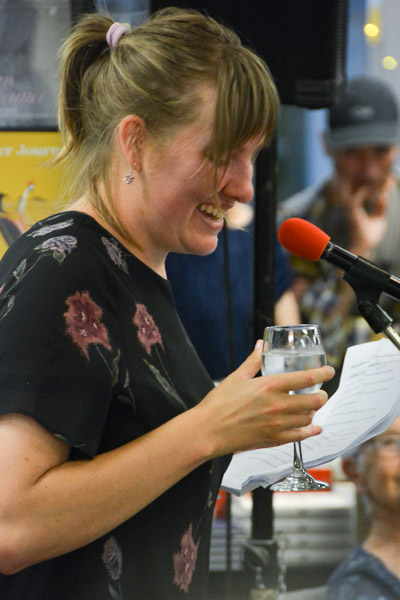 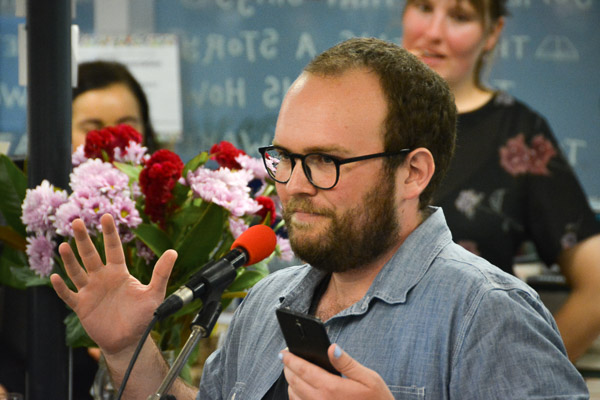 Eamonn Marra, who ‘came dressed as my book cover’ 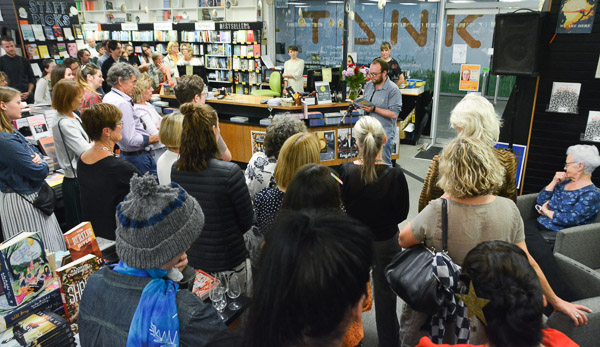 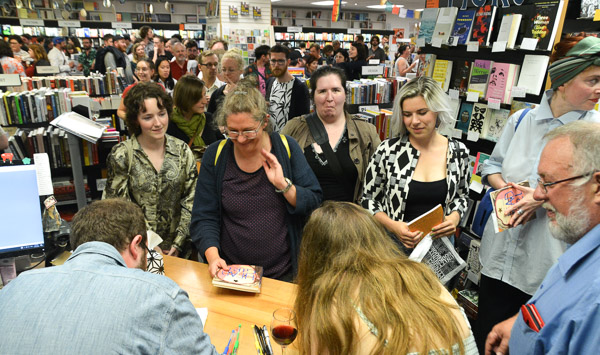 Signing gets underway with no end in sight 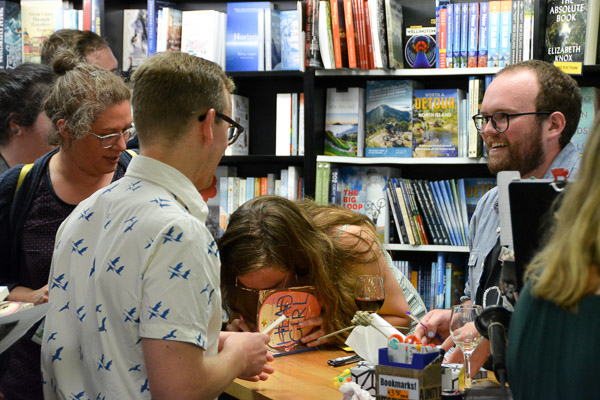 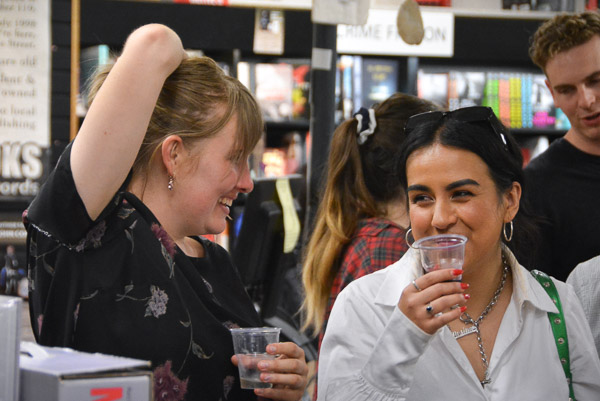 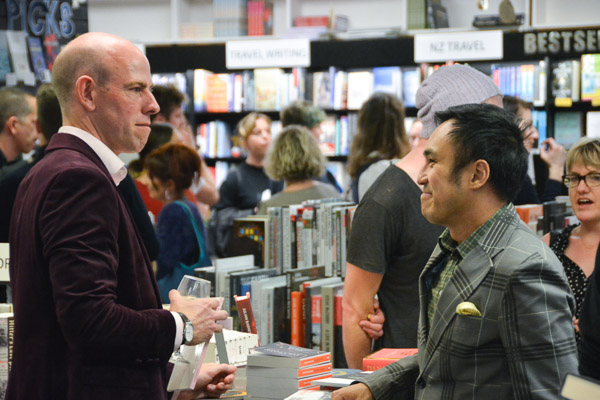 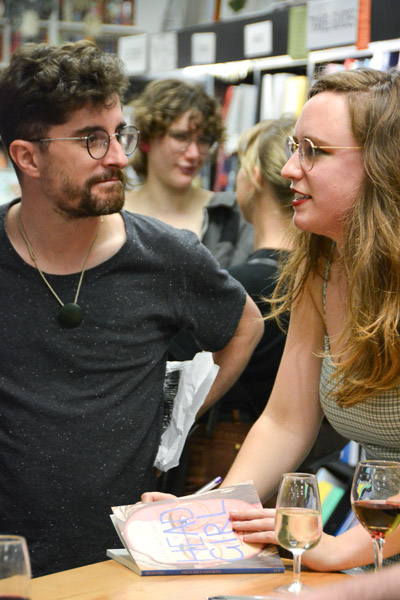 The very talented Tara Black was on hand for live sketching and recorded some of the highlights of the nights speeches far better than we ever could: 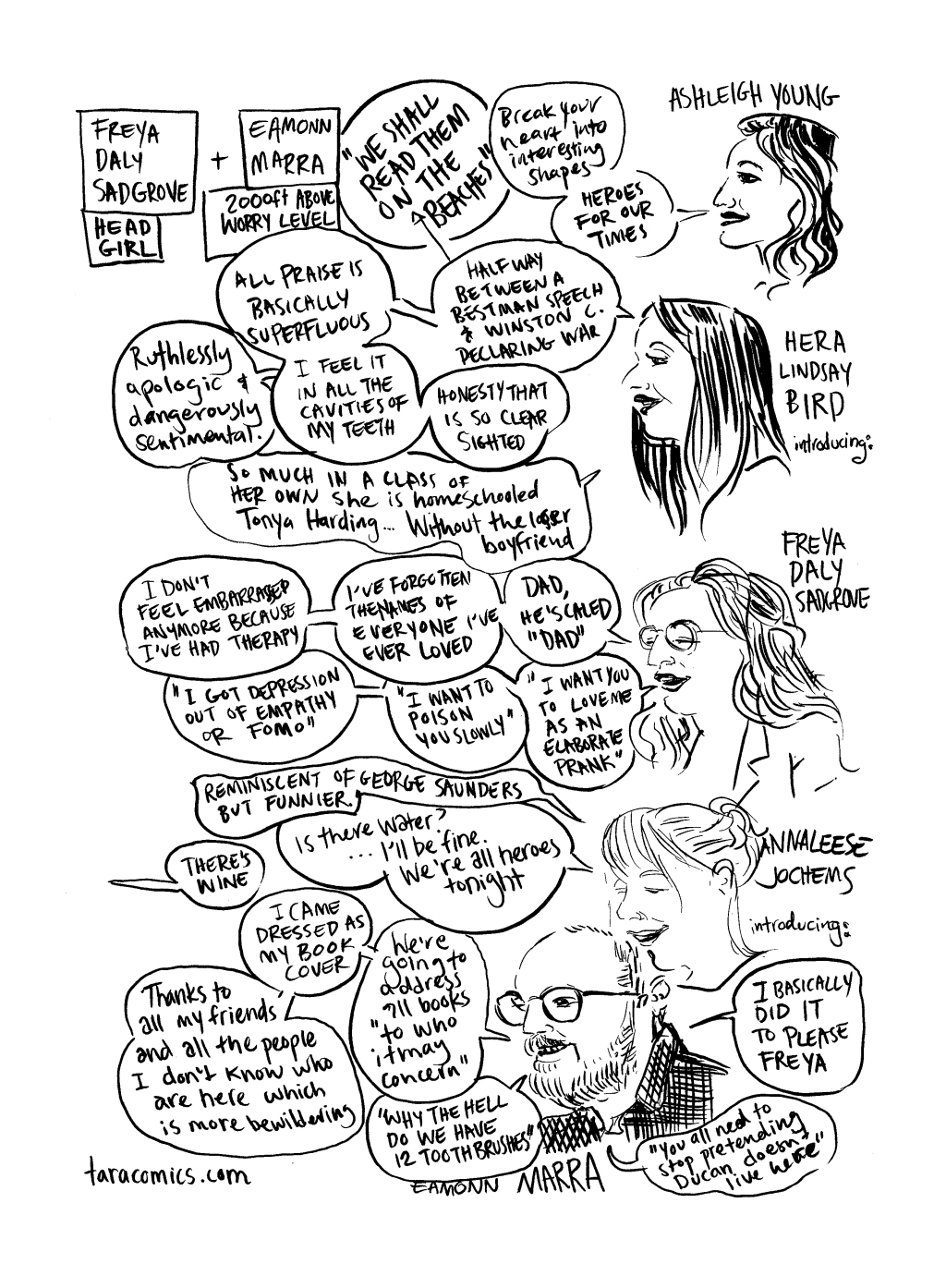 Head Girl by Freya Daly Sadgrove and 2000ft Above Worry Level by Eamonn Marra are available in store and at unitybooksonline now.