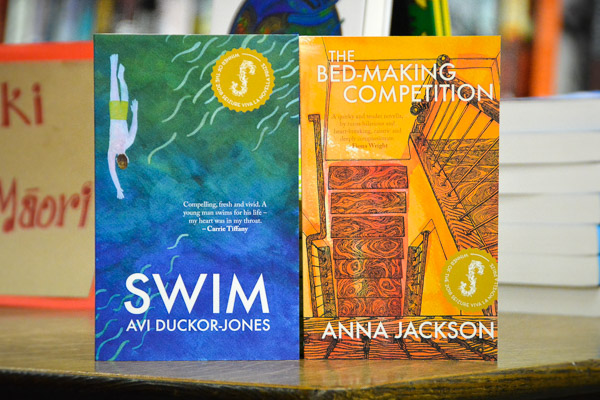 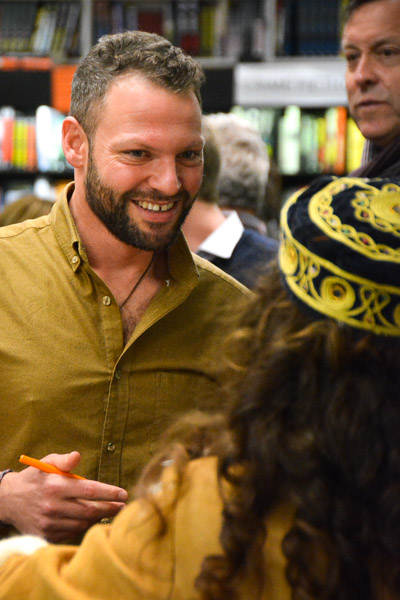 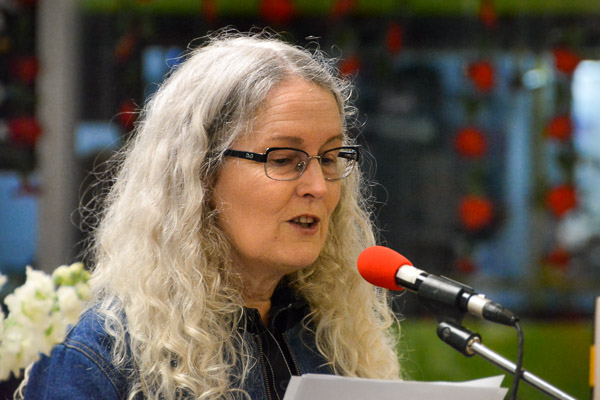 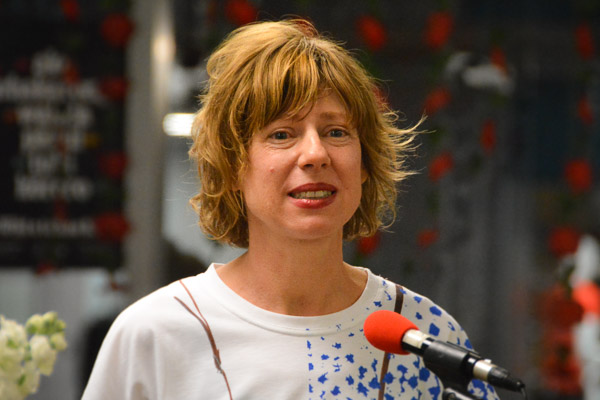 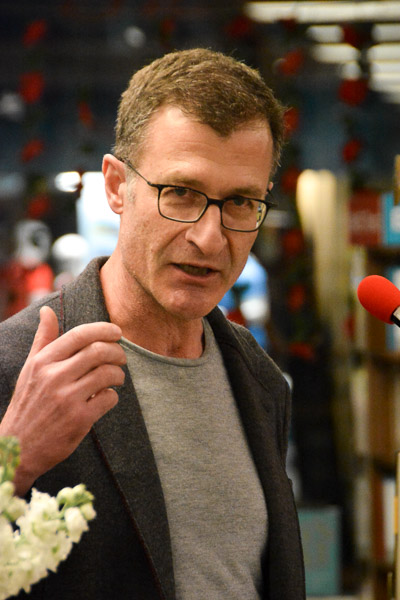 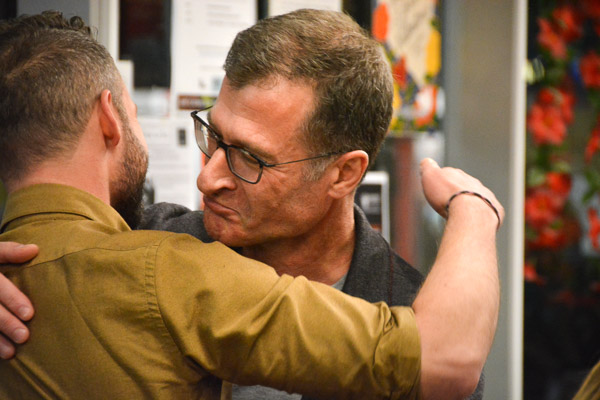 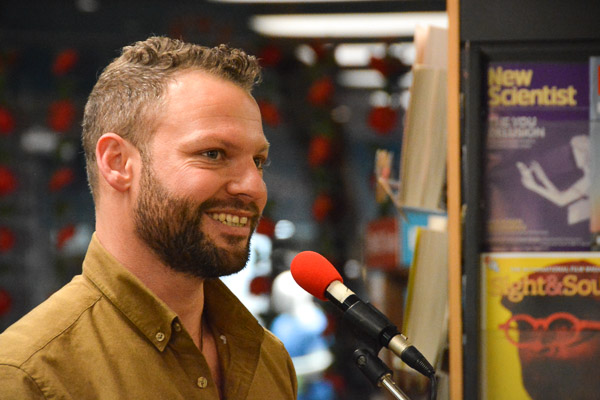 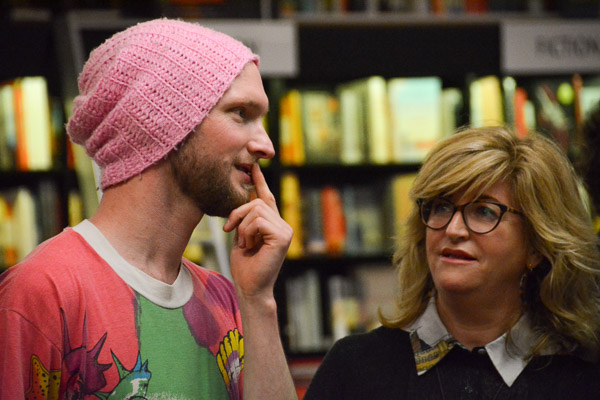 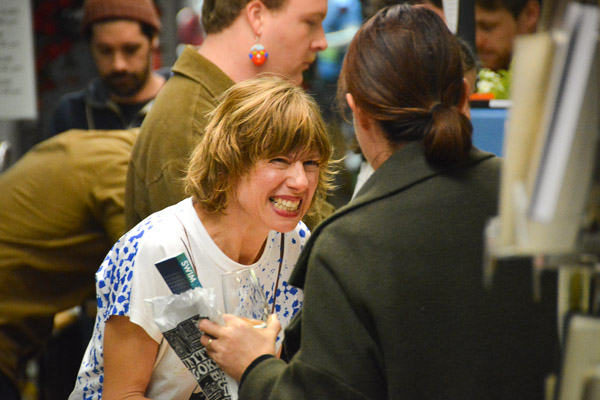 Book signing is a riot! 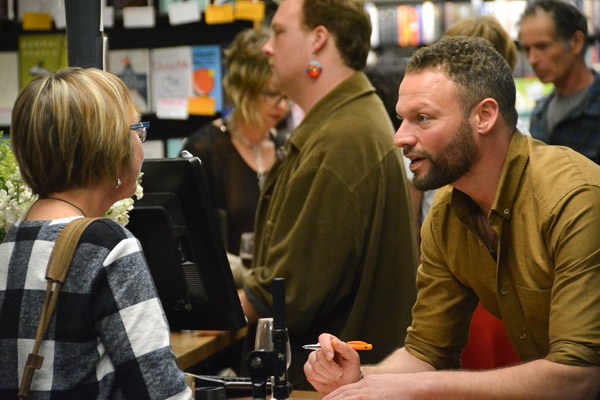 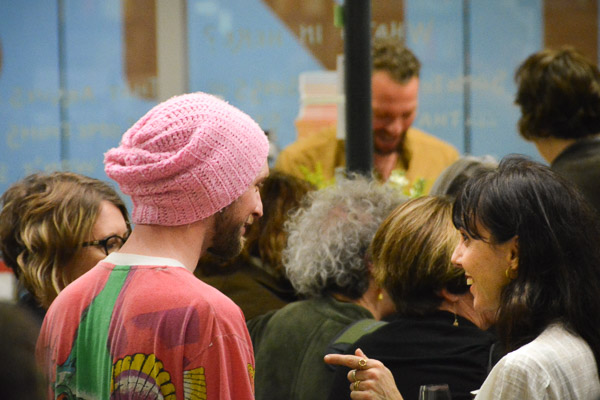 Kirsten McDougall, Sam Duckor-Jones and Emily Perkins had to amuse themselves in the queue for signatures 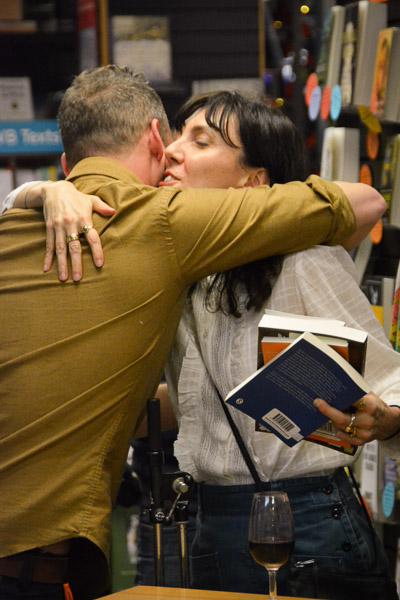 Made it! Avi welcomes his IIML tutor Emily Perkins to the signing counter 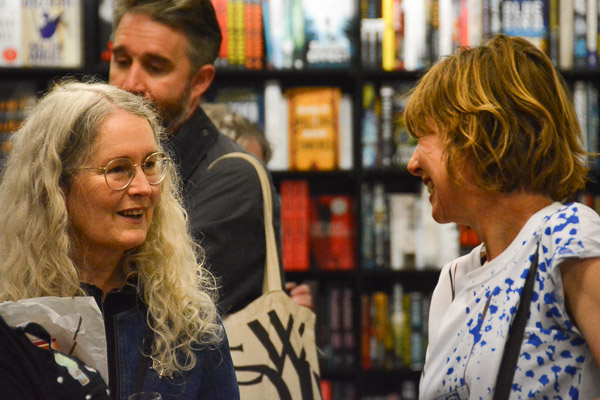 Swim and The Bed-Making Competition are available in store and online now.

Words and pictures by John Duke