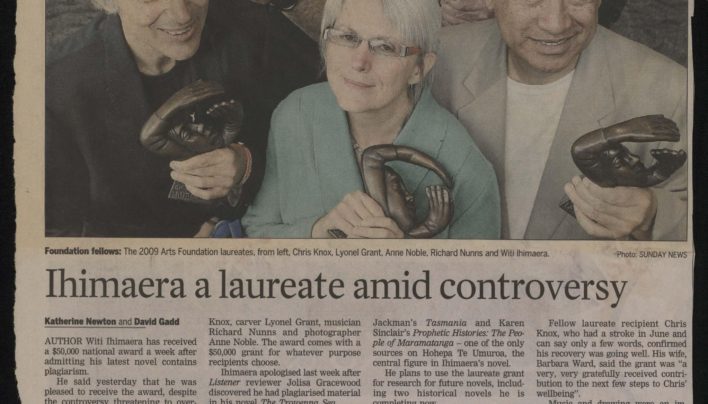 Author Witi Ihimaera was honoured for his life’s work in literature with an Arts Foundation Laureateship in 2009, shortly after admitting plagiarism in his novel The Trowenna Sea (Penguin Books)…. 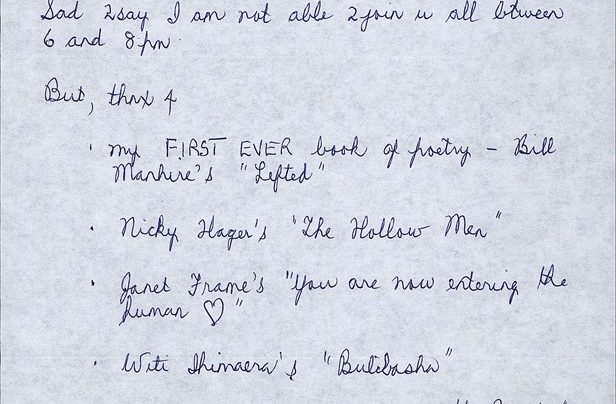 Ivy Kawhe wrote us this lovely letter to congratulate us on Unity Books’ 40th Birthday. 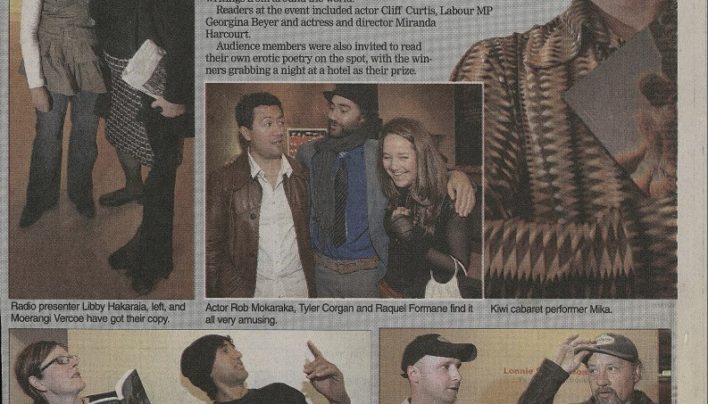 The Dominion Post reports on the launch of Without Reservation: Indigenous Erotica edited by Kateri Akiwenzie-Damm (Huia Publishing) as part of the 2006 Festival of Maori Writing. 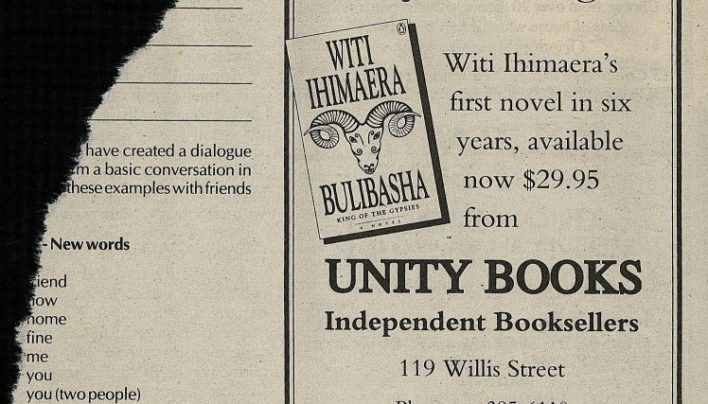 An advertisement for Bulibasha by Witi Ihimaera (Penguin Books).

Nights in the Garden of Spain launch, 2nd February 1995

An invitation to the launch of Nights in the Garden of Spain by Witi Ihimaera (Reed Publishing (NZ) Ltd). 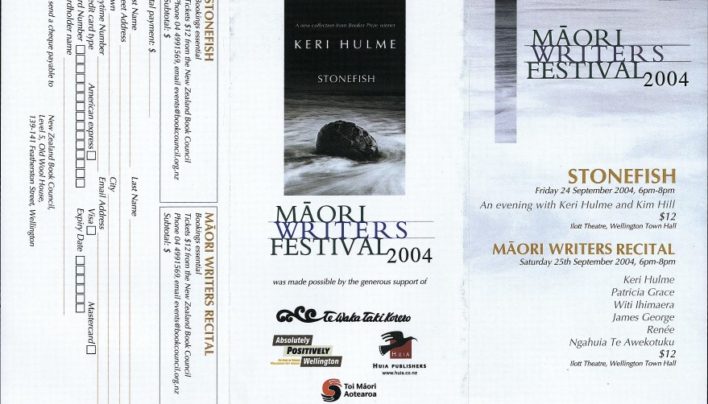 The programme for the 2004 Māori Writers Festival. 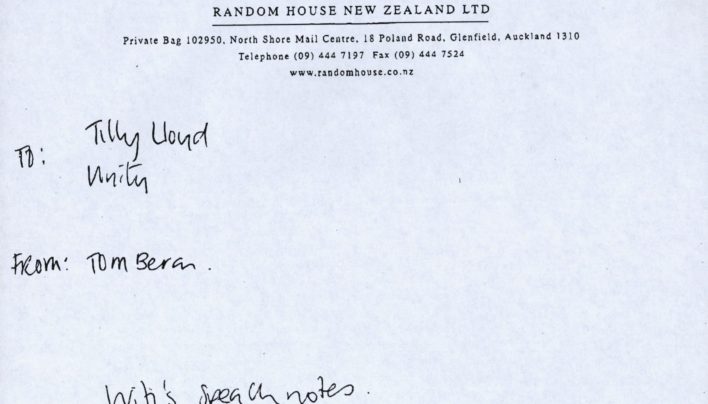 After the launch of Songs From the Violet Cafe by Fiona Kidman, Tom Beran of Random House NZ Ltd – the publishers – sent Unity a copy of Witi Ihimaera’s… 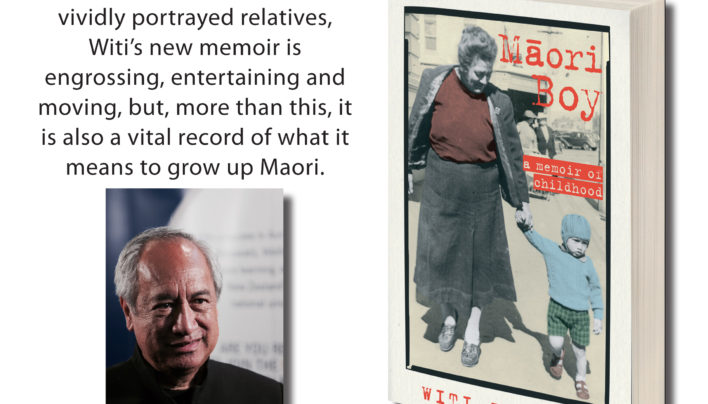 Invitation to a discussion between Witi Ihimaera and Paul Diamond about Ihimaera’s first volume of autobiography, Maori Boy, published by Penguin Random House. 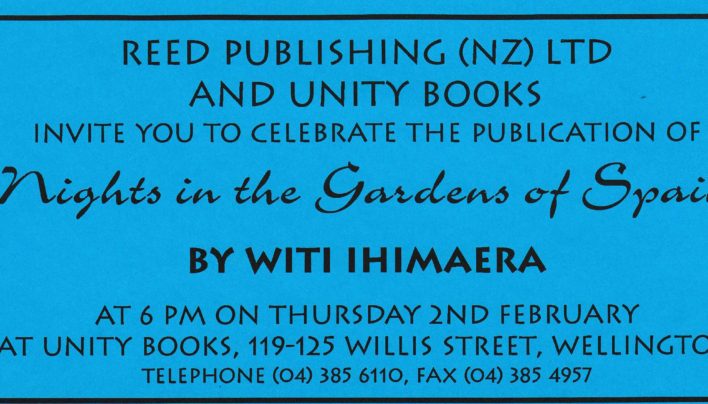 Flier for the launch of Nights in the Garden of Spain by Witi Ihimaera, published by Reed Publishing (NZ) Ltd and launched at Unity Books, Perrett’s corner. 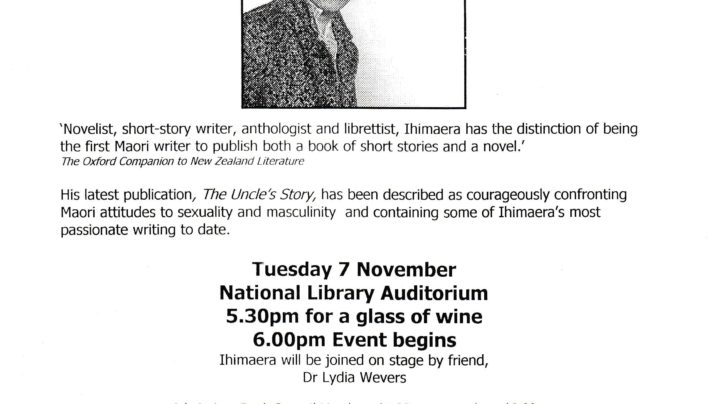 Advertisement for a NZ Book Council event with Dr Lydia Wevers to celebrate the release of The Uncle’s Story by Witi Ihimaera, published by Penguin Books (NZ) Ltd.