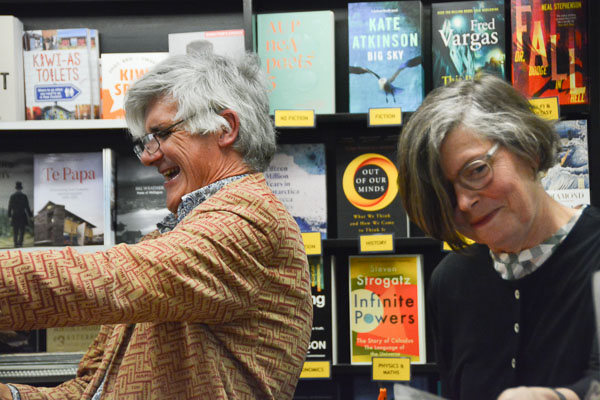 Unity Books was full of familiar faces on Thursday 19th September as former shop girl Jenny Bornholdt and partner Gregory O’Brien joined us, each with a new book to launch. There was some good natured banter from Fergus Barrowman as Victoria and Auckland University Presses joined hands for the husband and wife double launch. Visiting from the big smoke was Katharina Bauer, project manager on Gregory’s book Always Song in the Water. Katharina talked about the truly collaborative process of working on the book and thanked the various free-lance designers who had been involved in the process. Drafted in to officially launch the books was an MP described by Fergus as ‘the Tayi Tibble of politics’, none other than Chlöe Swarbrick, a friend to both authors who talked about the serendipity of finding connections throughout one’s community. Jenny echoed Chloe’s sentiments in acknowledging the community of writers and readers which supports her work. Jenny read Something is Everywhere, the penultimate poem from her book Lost and Somewhere Else, which was inspired by words spoken by Gregory’s late father shortly before he passed away. Last to speak, Gregory had plenty of thanks to give out, to Jenny of course and to AUP, and to a potential undercover NZ Navy representative in the crowd! Gregory talked about his book as a joyful thing celebrating community and friendship, both of which were in plentiful supply as the book signing and yarns followed. 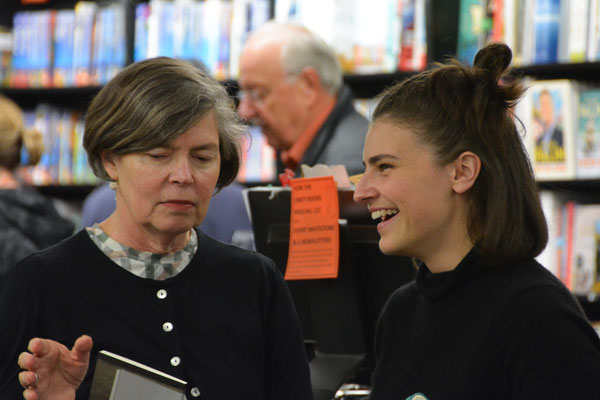 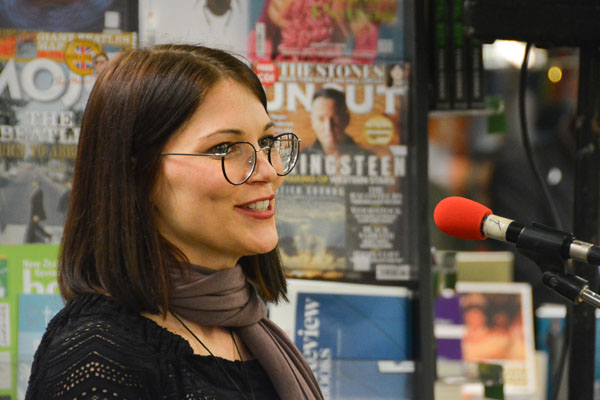 Katharina Bauer Project Manager of Always Song in the Water 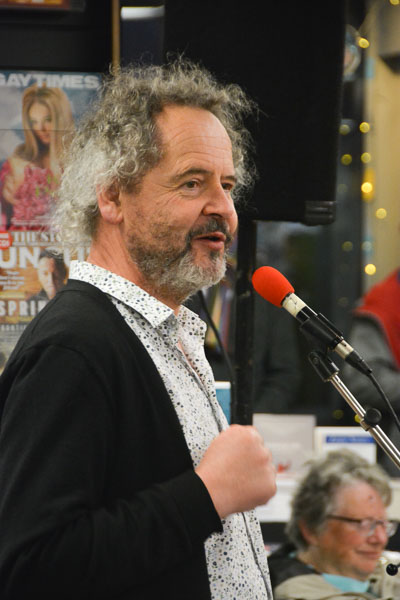 Fergus Barrowman of Victoria University Press, publisher of Lost and Somewhere Else 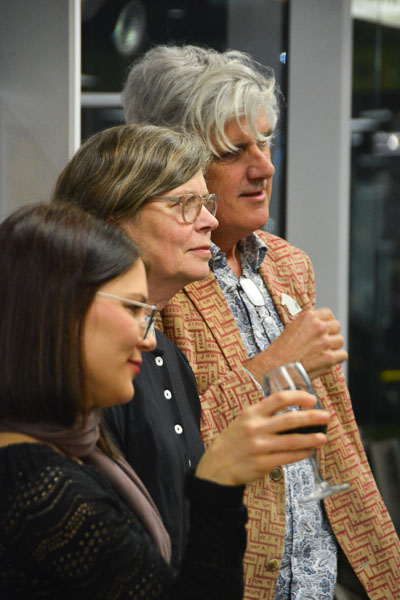 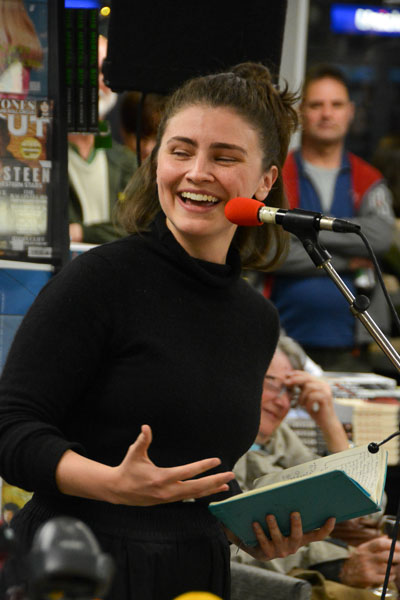 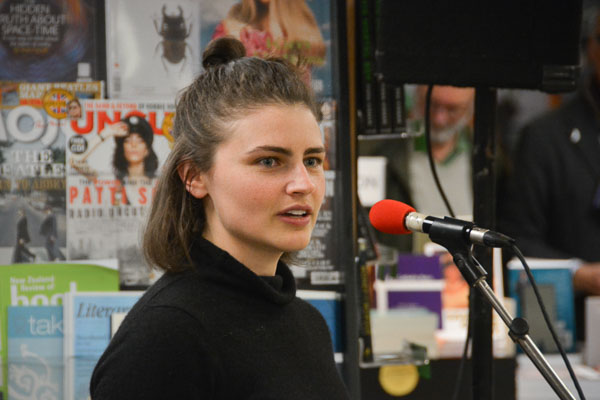 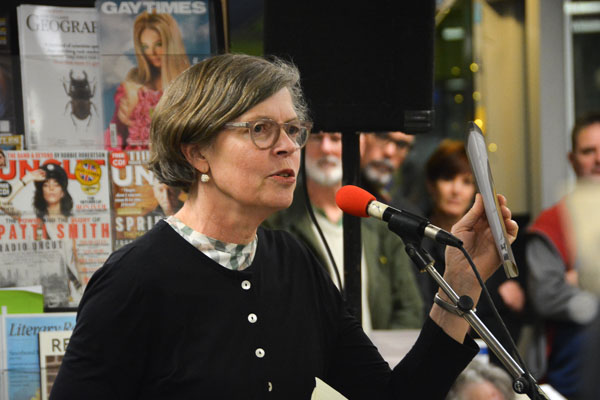 Jenny Bornholdt read two poems from Lost and Somewhere Else 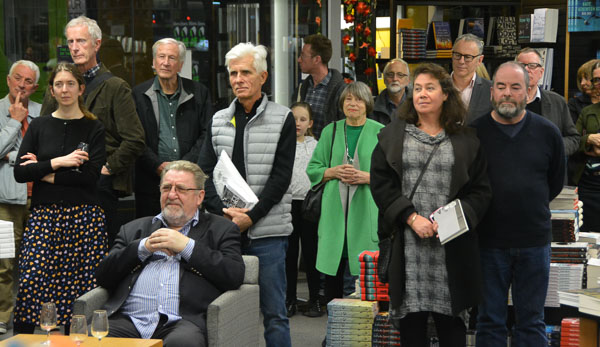 almost spilling out onto Willis St 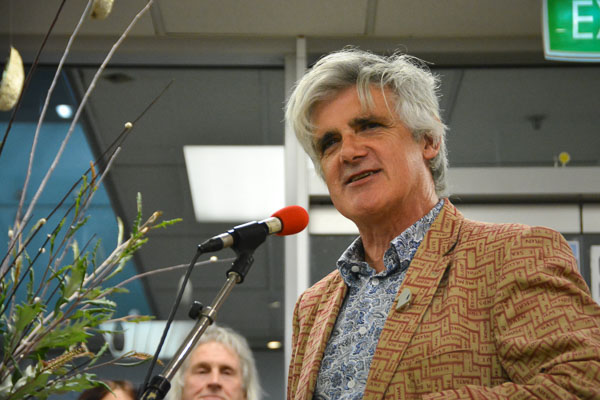 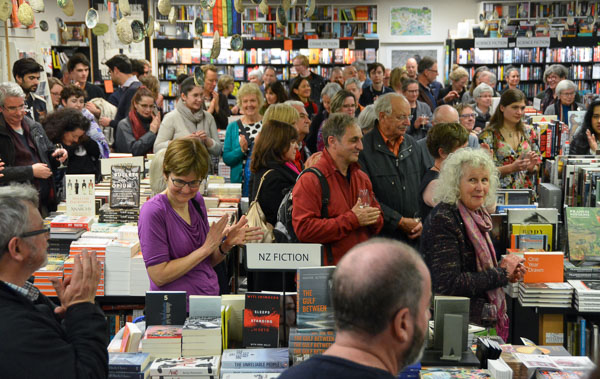 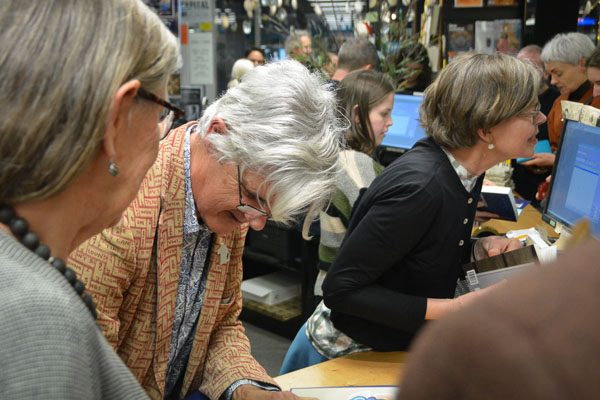 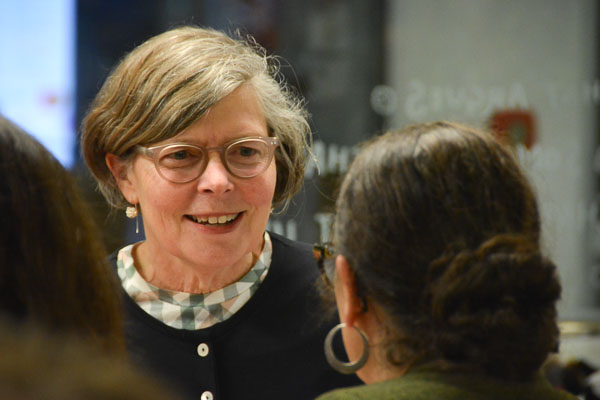 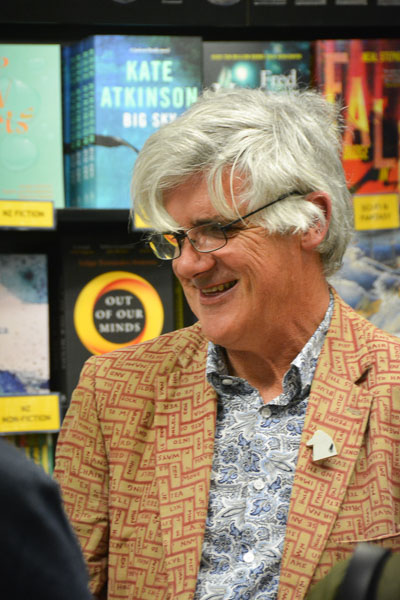 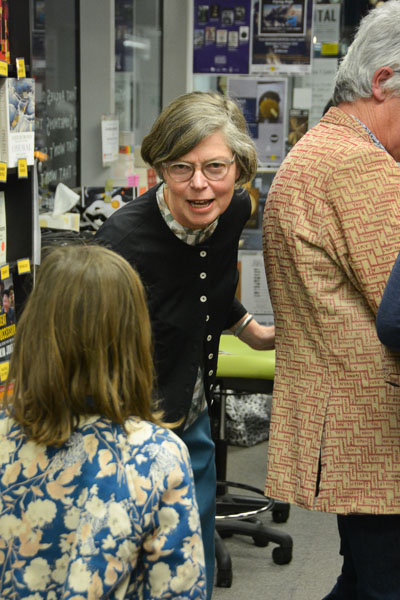 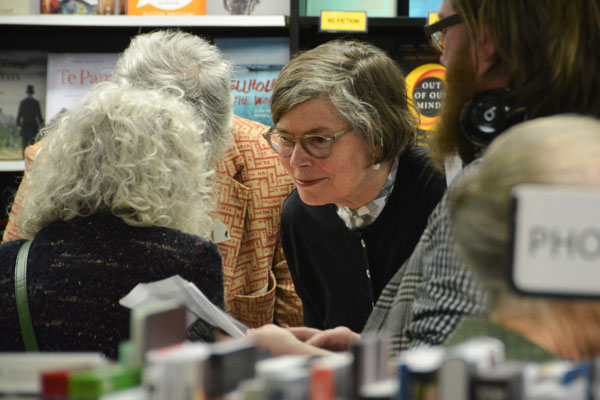 Always Song in the Water and Lost and Somewhere Else are available in-store and online now.