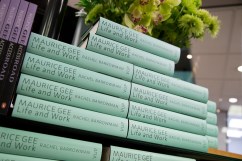 In the midst of the crispest of cold July evenings, Wellington’s literary lovers converged on Willis Street for the launch of a highly anticipated new release. Maurice Gee: Life and Work by Rachel Barrowman was nine years in the making – nine years of research, interviews and writing – and on the 9th of July we had the privilege of hosting its launch.

He kept his speech brief but very congratulatory, sharing with us the enjoyment and satisfaction of reading the book one chapter at a time as the drafts were produced. He also referred to the book’s significance in more ways than one: ‘We have an absence of really substantial secondary accounts in New Zealand … this is as much a landmark in literary criticism as biography.’

Damien Wilkins spoke next, officially launching the book and giving a generous (but utterly warranted) speech celebrating both Rachel and Maurice. ‘It’s a real honour to launch this book. We’ve all been waiting for it, looking forward to it, hassling Rachel about it, bugging her for Gee gossip … I imagine it not only as a terrific release and relief for Rachel but seriously as a special and moving moment in our culture, and a gift to us.’

Rachel herself spoke next, prefacing what she had to say by assuring us that while it may look like a speech, ‘there are just some thank yous I want to make’. First up was, naturally, Gee himself, and she went into some detail about the experience of being his biographer. ‘We can be thankful that he did finally decide to let those things be told.’

The list of people and institutions she thanked was varied – from Fergus Barrowman and Elizabeth Knox to Creative New Zealand (for the Michael King Fellowship, which she received in 2006 to work on this book). She also mentioned the personal difficulties faced during the writing period, speaking about the way in which the project helped in its own way, at times. ‘There’s nothing like other people’s lives and struggles to distract you from your own.’

Fergus took the microphone for the second time, in his role as messenger. ‘I’m back as promised to read the telegrams as it were.’ He read a lovely letter from Maurice, directed both to Rachel and to the crowd, which concluded with ‘Thank you for it, Rachel, and thank you for giving me so much of your own writing life.’

Rachel signed copies of the book for the varied but highly receptive audience, and people went out into the cold night cuddling their copies of a book that was entirely deserving of its rich introduction to the world.

Maurice Gee: Life and Work (Victoria University Press) is $60 and available in store now or from our online shop HERE. 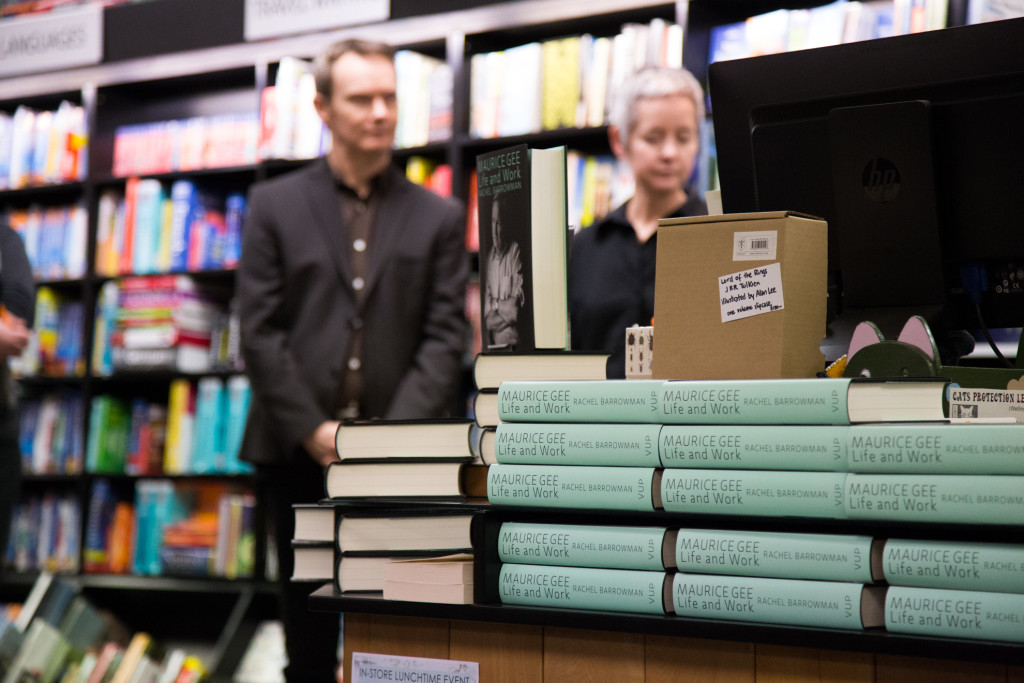 Maurice Gee: Life and Work with Damien Wilkins and Rachel Barrowman behind. 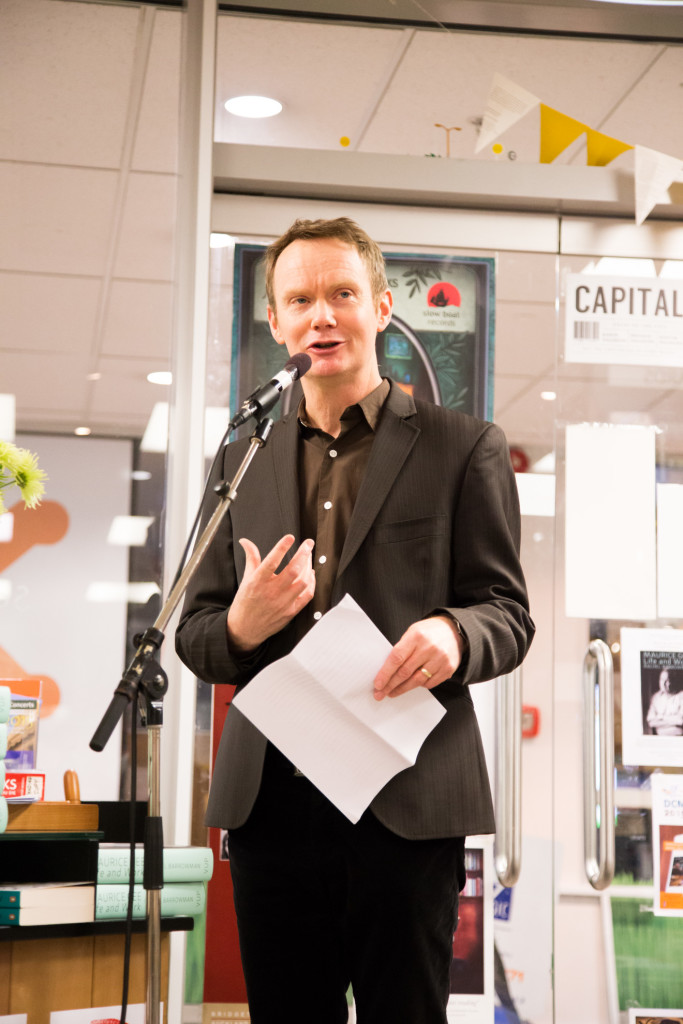 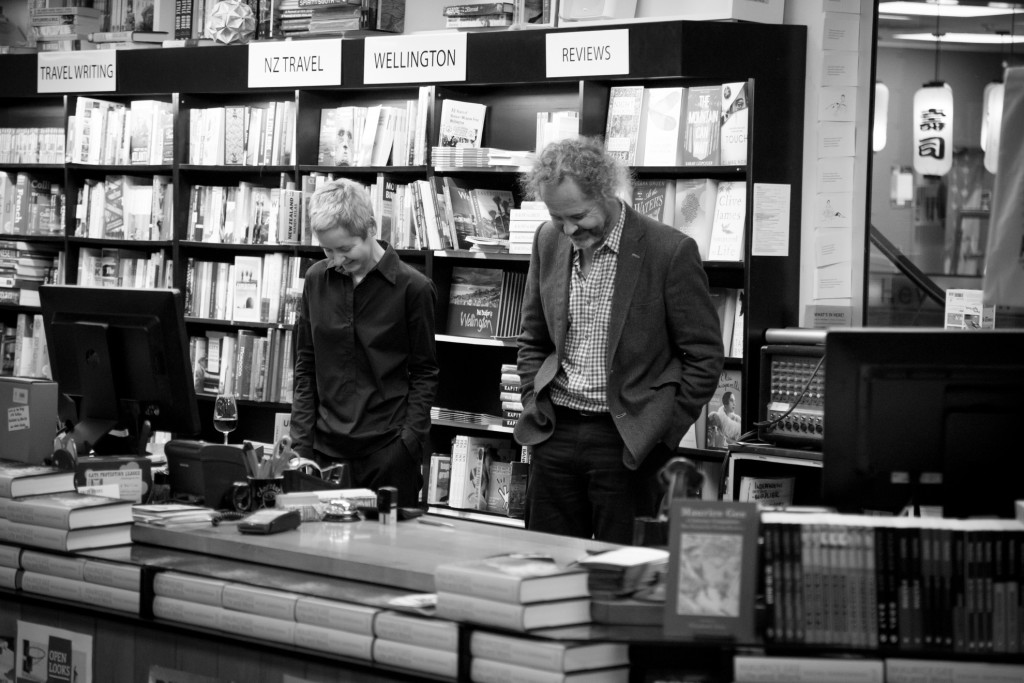 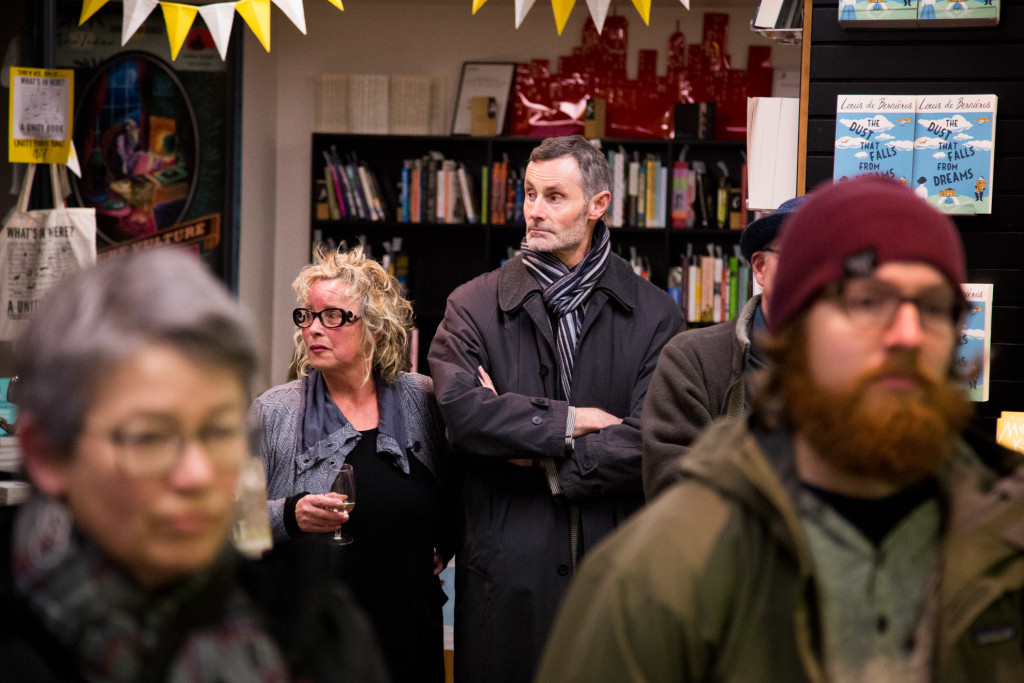 Unity’s own Tilly Lloyd in the audience. 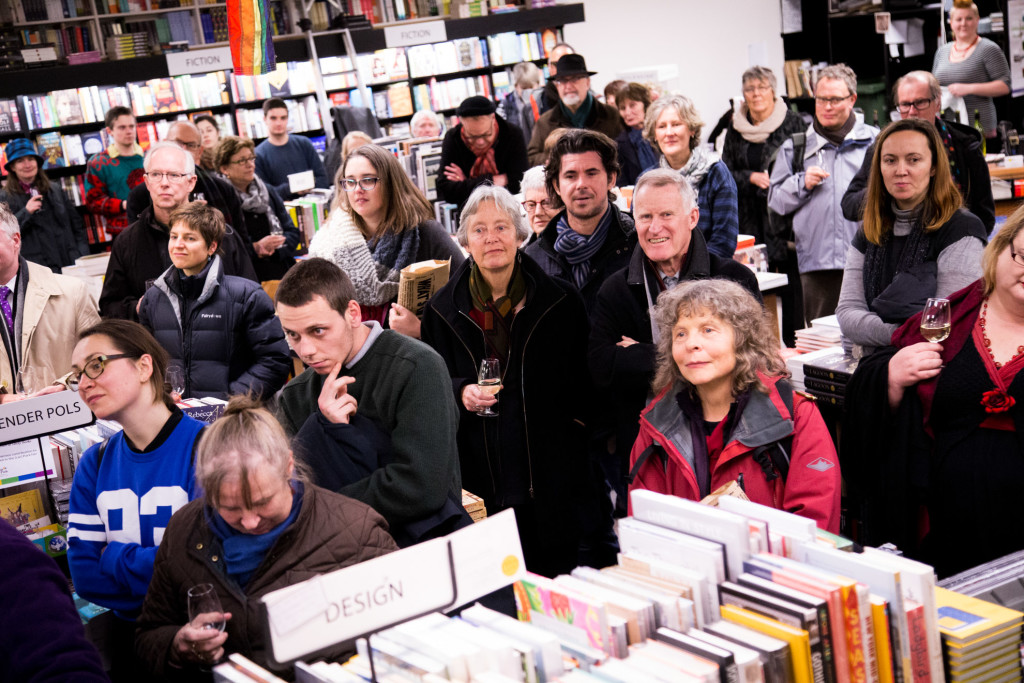 The audience at the launch for Maurice Gee: Life and Work. Rachel signs copies of her book.

EVENT | The Predictions by Bianca Zander | Thursday 23rd July 12-12.45pm
Launch Update: Some of Us Eat the Seeds by Morgan Bach