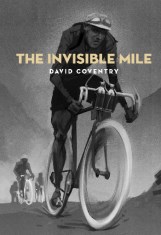 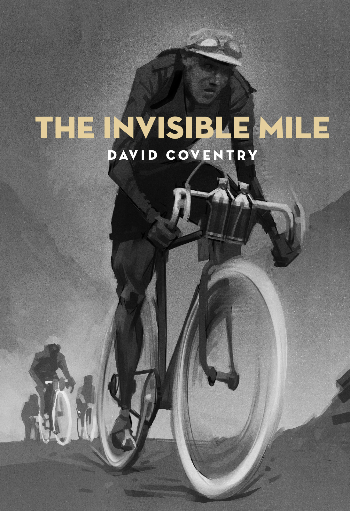 The 1928 Ravat-Wonder team from New Zealand and Australia were the first English-speaking team to ride the Tour de France. From June through July they faced one of toughest in the race’s history: 5,476 kilometres of unsealed roads on heavy, fixed-wheel bikes. They rode in darkness through mountains with no light and brakes like glass. They weren’t expected to finish, but stadiums filled with Frenchmen eager to call their names.

The Invisible Mile is a powerful re-imagining of the tour from inside the peloton, where the test of endurance, for one young New Zealander, becomes a psychological journey into the chaos of the War a decade earlier. Riding on the alternating highs of cocaine and opium, victory and defeat, the rider’s mind is increasingly fixed on his encounter with his family’s past. As he nears the battlefields of the north and his last, invisible mile, the trauma of exertion and disputed guilt cast strange shadows on his story, and onlookers congregate about him waiting for revelation.