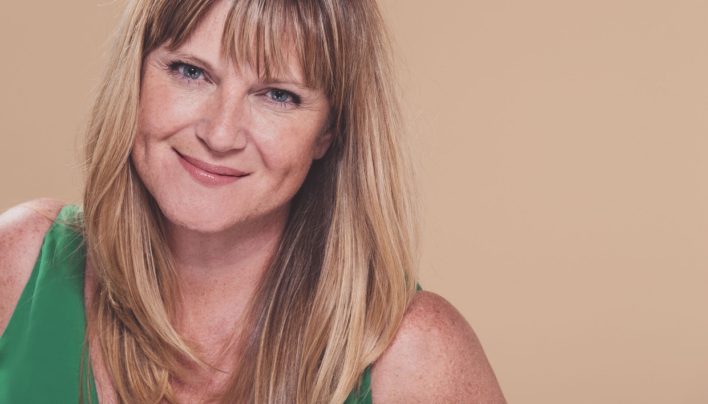 Brandy Scott’s debut novel Not Bad People will be launching at Unity Books Wellington on Tuesday 26th February 2019 (6-7:30pm). Fellow author Catherine Robertson (writing for the Listener) describes Scott’s writing as “taut, sharp and full of wit” and concludes that the book is “top-quality commercial fiction that should appeal to fans of Liane Moriarty and should, quite rightly, become a huge bestseller”.  Scott took a moment out of her busy schedule to answer our author interview questions which you can find below.

About the book
Three friends, thirty years of shared secrets, one impulsive gesture .. and a terrible accident. When friendship goes bad, someone has to pay. For fans of Liane Moriarty and Robyn Harding.

It’s New Year’s Eve. Three thirty-something women – Aimee, Melinda and Lou – best friends for decades, let off sky lanterns filled with resolutions: for meaning, for freedom, for money. As the glowing paper bags float away, there’s a bright flare in the distance. It could be a sign of luck – or the start of a complete nightmare that will upend their friendships, families and careers.

The day after their ceremony, the newspapers report a small plane crash – two victims pulled from the wreckage, one a young boy. Were they responsible? Aimee thinks they are, Melinda won’t accept it, and Lou has problems of her own. It’s a toxic recipe for guilt trips, shame, obsession, blackmail and power games.

About the author
Brandy Scott is a former senior producer on Radio New Zealand’s Morning Report. Before her radio career she worked as a print journalist, including contributing from the Middle East to The Economist and serving as features editor for a daily national newspaper, Emirates Today. She is currently based in Dubai co-hosting a popular breakfast show called The Business Breakfast, on the UAE’s only talk radio station, Dubai Eye 103.8. Not Bad People is her first novel.

I Will Be Complete by Glen David Gold. Picked off the shelf entirely for its cover and so far it hasn’t disappointed.

My ‘next’ pile: Catherine Robertson’s What You Wish For, Holly Throsby’s Cedar Valley, Jane Harper’s The Lost Man, Tara Westover’s Educated, Ottessa Moshfegh’s My Year of Rest and Relaxation. I buy faster than I can read.

Election. Although it was a movie first. Have only recently started reading Tom Perrotta and – joy! – I have a lovely long backlist to work through.

Welcome to Temptation by Jennifer Crusie. It has all the ingredients I love in a story – small community, quirky family, class, money, a little deep seated resentment. I’ve read it two dozen times, easy.

Eva Delectorskaya from William Boyd’s Restless. I have always wanted to be a spy.

Pride and Prejudice. Which is just shameful. My best friend says I have to read it before I am allowed to read Curtis Sittenfeld’s Eligible. Which I’m actually more excited about reading than PP. I am not covering myself in glory here.

I’m typing this in Sydney so I’ll pick three of my Australian favourites: Helen Garner, Tim Winton and Jane Harper.

Two big wall-to-ceiling shelves. The one on the left, books I have read. On the right, books still to read. Both are full.

‘She generally gave herself very good advice, though she very seldom followed it.’

“Do you ever dream something (a scene, a paragraph, lines for a poem) that subsequently proves to be a valuable contribution to your writing?”