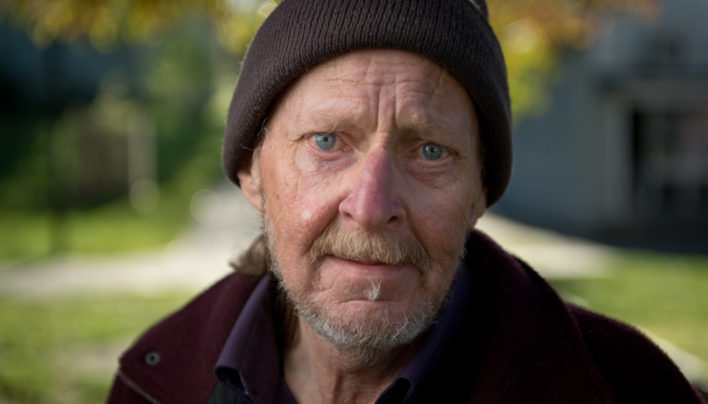 Two Dons are among the authors Geoff Cochrane rates. Only one will be served savoury mince on toast.

Unity will be hosting a lunchtime event, 12-12:45pm Thursday 14th March 2019, where Geoff will be discussing his new poetry collection The Black and the White (VUP) with fellow author Carl Shuker. All welcome.

The Black and the White is a new work – witty, fearless, formidably concise – from one of the most distinctive voices in New Zealand poetry.

About the author
Geoff Cochrane is the author of seventeen collections of poetry, two novels, and Astonished Dice: Collected Short Stories (2014). In 2009 he was awarded the Janet Frame Prize for Poetry, and in 2010 the inaugural Nigel Cox Unity Books Award. Geoff received an Arts Foundation of New Zealand Laureate Award in 2014.

WHAT ARE YOU CURRENTLY READING?

Donald Barthelme’s Paradise. A delightful wee caprice. The scale of it is part of its appeal.

Any writer I like enough becomes a ‘favourite’ writer. ‘I was fascinated by the drinking fountains in high school. There was usually some flesh-coloured gum lying like a tiny baby Jesus in the drain’. When Nicholson Baker presents me with that, he wins me over heart and fucking soul.

Ben-Hur. 1959. From the novel by Lew Wallace. Directed by a Jew (William Wyler) in the shadow of the Holocaust.

I seem to keep returning to Don DeLillo’s Underworld. You can do that with Underworld – it’s huge.

One book has defeated my best efforts again and again: Philip Roth’s Sabbath’s Theatre. I thought it ugly and implausible. Rebarbative. I didn’t like it one bit and doubt that I’ll ever give it another go. That said, I’m a great admirer of many of Roth’s other novels.

Savoury mince on toast. About which I’m sure Don would have many good-natured and well-informed questions.