Interviews May 17, 2018 posted by Unity Wellington 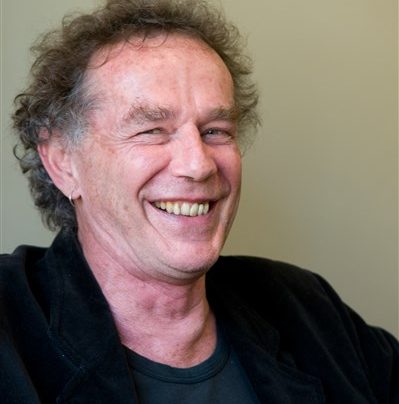 Unity Books Wellington spoke to Martin Edmond ahead of his talk at City Gallery about his latest book, The Expatriates (BWB).

Martin Edmond’s new book, The Expatriates, explores the connections between New Zealand and Europe through the lives of four extraordinary individuals. Harold Williams, journalist and expert linguist; Ronald Syme, spy and historian of ancient Rome; John Platts-Mills, radical lawyer; and Joe Trapp, librarian – all of these men were born in New Zealand but achieved fame in Europe. They became, from the perspective of New Zealand, expatriates.

I’m reading The Executioner’s Song, Norman Mailer’s 1000 plus page long book about the life and death of Gary Gilmore—because a film producer I know gave me a copy and said that I had to. He was right. It’s towards a true crime project we might yet embark upon. And The Featherston Chronicles, by Mike Nicolaidi, again because of a possible future project, in collaboration with a woman from Tokyo who has worked extensively towards an understanding of a similar incident at the Japanese POW camp in Cowra, NSW, during WW2. Also an exhibition catalogue, Monet and Japan, which I bought in St Vinnies—just because I like looking at the pictures I suppose. Finally I’ve been dipping into a copy of The Faber Book of Madness, edited by Roy Porter, which I picked up, literally, in the street last week.

I don’t really have favourite writers; or else they are too many to mention. When I look around this room where I work, I can see The Complete Posthumous Poetry of César Vallejo; Primo Levi’s If this is a Man and The Truce; Ross Gibson’s The Summer Exercises; various fugitive Red Mole publications. I’ve recently read, or re-read, almost every novel written by Joseph Conrad so perhaps he qualifies. I like books that make a world you can enter into and then store away somewhere, somehow, to enrich your mind.

Only one. M J Hyland’s Carry Me Down. It is gripping but also almost unbearably painful to read, so it is taking me a long time to get through. She is English but with Irish and Australian connections.

John Huston’s adaptation of James Joyce’s The Dead, his last film and also the last story in Dubliners. (There is also a wonderful documentary, by Lilyan Sievernich, called John Huston and the Dubliners: The Making of The Dead.)

Fernando Pessoa’s The Book of Disquiet; because it is endless.

I’m not going to embarrass myself by listing any of the famous books I have not read.

I prefer the company of strangers.

Randomly, by date of acquisition, more or less.

It’s a toss-up between:

‘I don’t think you should read anything you haven’t written yourself.’ – Elle Macpherson

“Do you have a full-length mirror? If not, how do you know what you look like when you go out”?

Yes, I do, but I can’t get far enough away from it to see myself whole. So I generally only know what my midriff looks like. In a word: undistinguished.